Cycling lessons on the tarmac

One glorious Saturday morning recently on a quiet abandoned military track in the foothills behind Getares, I came off my new bike.

I’d ridden up to see ‘las pantallas’, large artificial screens built in the 1940s to look like cliffs and shield the track from prying British eyes as war swept across Europe and the Rock prepared for an invasion that never came.

It was a steep uphill climb most of the way and, in my utter joy and relief at reaching the top of the last stretch of incline before a short downhill ride to the screens, I took my eye off the road, distracted by the sweep of the bay beneath tufts of cloud pushed gently by a soft westerly breeze across a blue winter sky.

It took just a second to shatter my bliss. My front wheel slipped into a crack in the road and the bike came to an abrupt standstill, sending me flying over the handlebars.

It felt like a crash in slow motion. In the air, I had enough time to think to myself, “s**t, this is going to hurt”.

My hands and knees absorbed the fall, mostly. In the end I was grazed and bruised, but it was my ego that took the worst hit. 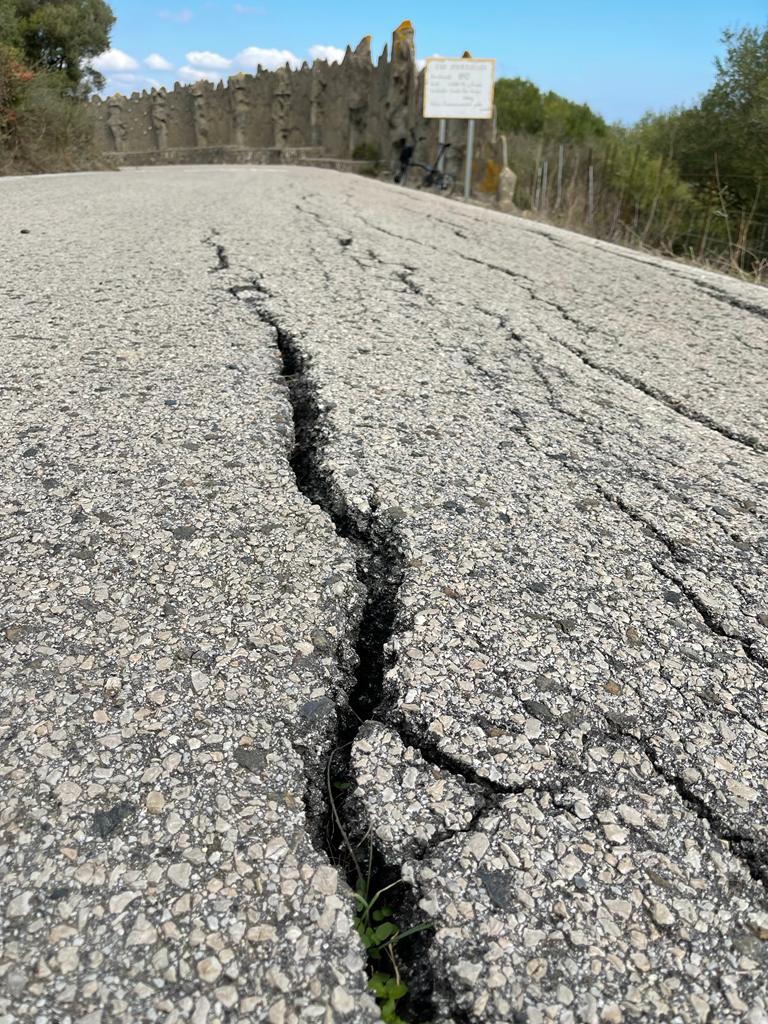 That day, I also learnt the most valuable lesson to date since I decided, after what seemed like years writing about the need to embrace sustainable means of transport, to put my money where my pen is and buy a Brompton e-bike on which to get around.

Despite my best efforts to cushion the fall, my head hit the tarmac with a loud crack. But the helmet I was wearing took the brunt and I escaped largely unharmed. My helmet, the single most important thing I purchased in 2021.

I recount this anecdote because I was apprehensive about road safety when I bought the bike, concerned that riding on Gibraltar’s busy roads was to risk life and limb in a competition for space with cars, lorries and mopeds. In the end though, it was on a lonely Spanish road where I became closely acquainted with tarmac. Accidents, I guess, happen when you least expect them.

Because here’s another lesson I’ve learnt since buying the Brompton: riding a bike in Gibraltar really isn’t that bad. In fact, it’s changed my life, in a good way.

For the most part, drivers and moped riders respect cyclists. Yes, of course, there are always one or two who don’t, and you need careful, constant awareness and eyes at the back of your head. But mostly I’ve been pleasantly surprised and the worst thing I’ve experienced isn’t traffic but the shoddy state of our roads. There are potholes in Gibraltar to rival the deepest cracks in a long-forgotten mountain track in southern Spain.

It’s hard to gauge whether cycling is becoming more popular in Gibraltar, but anecdotally at least, my sense is it is. I see more cyclists on the roads, not just the Lycra-clad sporty ones, but average punters simply getting about. Cycle racks are often full, particularly in areas such as Europort. I need two hands now to count the number of people I know who have taken the plunge, mostly buying e-bikes to help flatten hills. Even the Royal Gibraltar Police has hinted at this trend, warning about an increase in bike theft last year.

Stuart Hedley, who owns Ebike Gibraltar (full disclosure, he sold me my bike), says the shop’s sales tell the story, with a growing number of customers trading mopeds for bicycles. “Their motivation for this is rarely economic,” he told me. “They cite convenience and wanting to engage with a more active form of transport as their main incentives to make the change. The environmental impact of their transport choices is also mentioned, but this is secondary.”

“We’ve now been open for two years and have sold double the number of bikes we originally expected to sell, and we expect this trend to continue.”

Riding a bike around Gibraltar offers a new viewpoint on this Rock of ours, a refreshing take that triggers a childlike joy and forces you to look differently at the roads, to find different routes from A to B. There are shortcuts you can take on a bike that are simply not available to cars and mopeds, a quick diversion, for example, between Lover’s Lane and Queensway via Wellington Front.

And did I mention that, just short of my 50th birthday, I finally rode a bike to the top of the Rock? It’s hard work, even on an e-bike, but the sense of achievement is almost as much of a thrill as the ride down.

Now don’t get me wrong. While I don’t feel unsafe cycling on Gibraltar’s roads, some investment on cycling infrastructure would be welcomed (though please, no more ‘stop start’ schemes a la Line Wall Road). Paul Balban, the Minister for Transport and a keen cyclist himself, has often been unjustly harangued by tedious social media grumps for his almost evangelical belief in the bicycle as the key to sustainable mobility. In a community obsessed with cars and mopeds despite its small size, we should perhaps not be surprised. But we should at least consider fairly the points he is making.

Because the perception of road safety varies, but for many, the view is that implanting cycle lanes and other such initiatives will be the game changer to adopting the bicycle as a mainstream mode of transport. Hedley sums it up: “There is definitely a significant number of people who believe the roads are too dangerous for them to cycle on.” That’s something we need to address if we are serious about making Gibraltar a greener, quieter place in which to live.

It may be worth too engaging with younger members of the community. The moped as the obligatory 17th birthday present has almost become a rite of passage for our older teenagers. But this is fertile ground for a shift in mindset, not least because climate change, like it or not, will dominate much of our planning going forward.

Imagine if, led by the younger members of our community, we switched our moped culture for an e-bike one instead. Wishful thinking perhaps, but all it takes is critical mass.

And if the bike racks are anything to go by, then slowly, hopefully, we may well be edging in that direction.