A 40ft-long whale has washed up on a beach in Essex, with police advising people to keep away.

The giant marine mammal, which is dead, was swept ashore at Clacton-on-Sea on Friday.

Environmental group Big Blue Ocean Cleanup said it was a fin whale, which can grow up to 80ft in length and is the second largest mammal in the world after the blue whale. 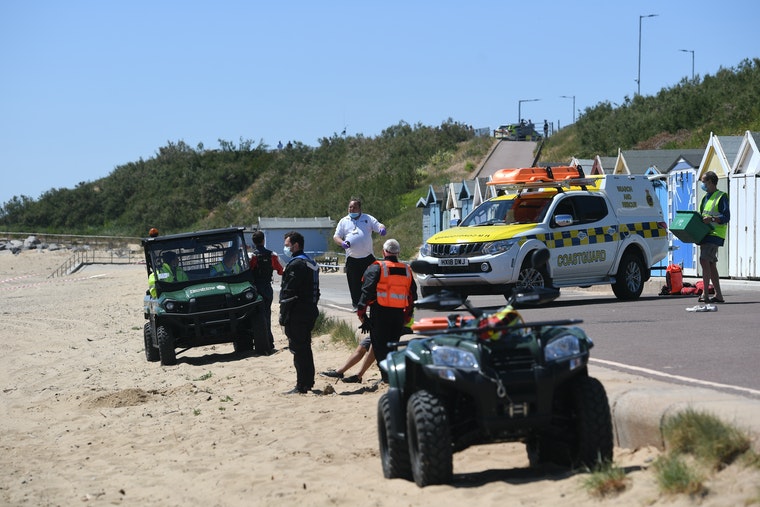 The British Divers Marine Life Rescue charity said the whale is “actually rather small for this species” and “therefore this animal is a juvenile”.

“Removal of the carcass is the responsibility of the beach owner,” the charity said, in a Facebook post.

“In the meantime we strongly advise people avoid going near it as there is a risk of contracting an infection from contact with its bodily fluids or the body itself.”

Essex Police said they are working with other organisations to plan how to remove it.

The force wrote in a Facebook post: “Sadly a 40ft whale has been washed up on Clacton this morning.

“We are currently in attendance with other organisations and discussions are under way on how to remove her.

“The area is cordoned off and the public are advised to stay away. #SocialDistancing #StayAlert”

A spokesman for the Maritime and Coastguard Agency said officers were called to a report of a “large object” on the beach, later confirmed to be a dead whale, just after 5.30am.