5in5 take on Round the Rock swim challenge

After last year’s 5 half-Ironmans in five days feat, the intrepid 5in5 team of Adrian Lopez, Kerion Alvarez, Charles Harrison, this time joined by 61-year old Albert Cumbo, took on the Round the Rock swim challenge this Wednesday.

The fundraising event was in aid of Cardiac Rehab Centre, SNAG and the Gibraltar Cancer Relief Centre, and saw supporters from the charities attend at Western beach for the departure of the four swimmers.

Three days earlier than initially scheduled, following expert advice from their support team, the quartet took off from Western beach at around 11.25am on Wednesday morning.

Supported by volunteers on canoes and paddle boards, alongside law enforcement and port vessels, the swimmers set off from the western shoreline in the first part of their journey. 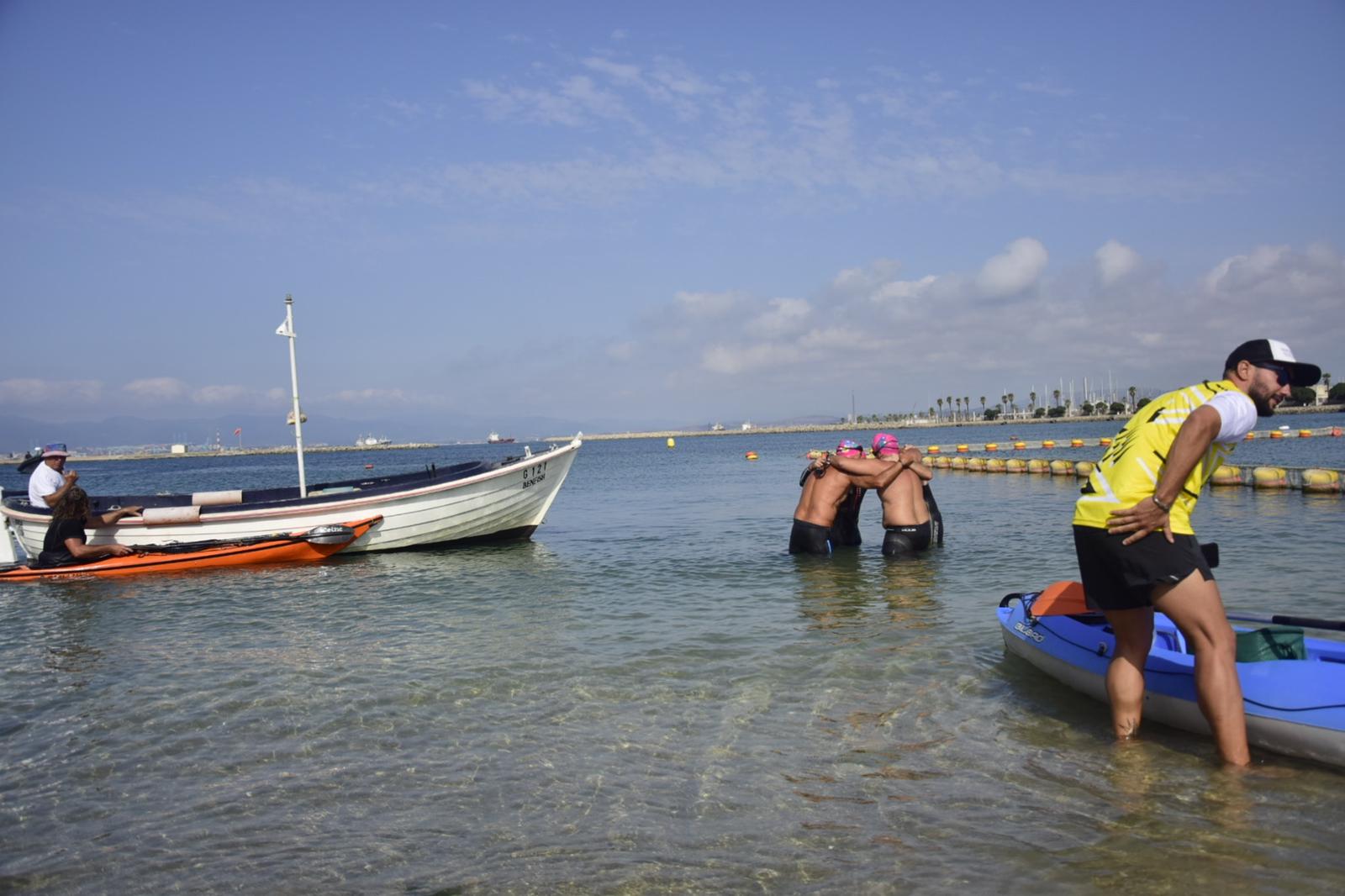 Among those assisting were a team of veterans who had navigated the waters frequently and were maintaining a close watch on the tides and sea traffic, whilst providing crucial support to the team.

The original 11am departure was delayed by some 25 minutes after advice to hold back the start to allow for a change in the currents expected in the area of Europa Point.

Their transit through the commercial waters just off the runway and both North and South Mole was achieved within the first hour, with the four swimmers arriving by the area of Rosia and Camp Bay at around lunchtime.

They would next enter the treacherous stage around the lighthouse where the four swimmers had been provided with some stern advice from their support team.

“Don’t look out for me or out into the water, focus on the shoreline as the passage will become easier knowing that every short distance you are making headway,” came one of the crucial bits of counsel offered by a veteran canoeist who had himself taken on this challenge previously.

“You will be given water every hour whether you like it or not,” they were told immediately after, as the swimmers were reminded of the need to keep hydrated and to keep a close watch on cramps. 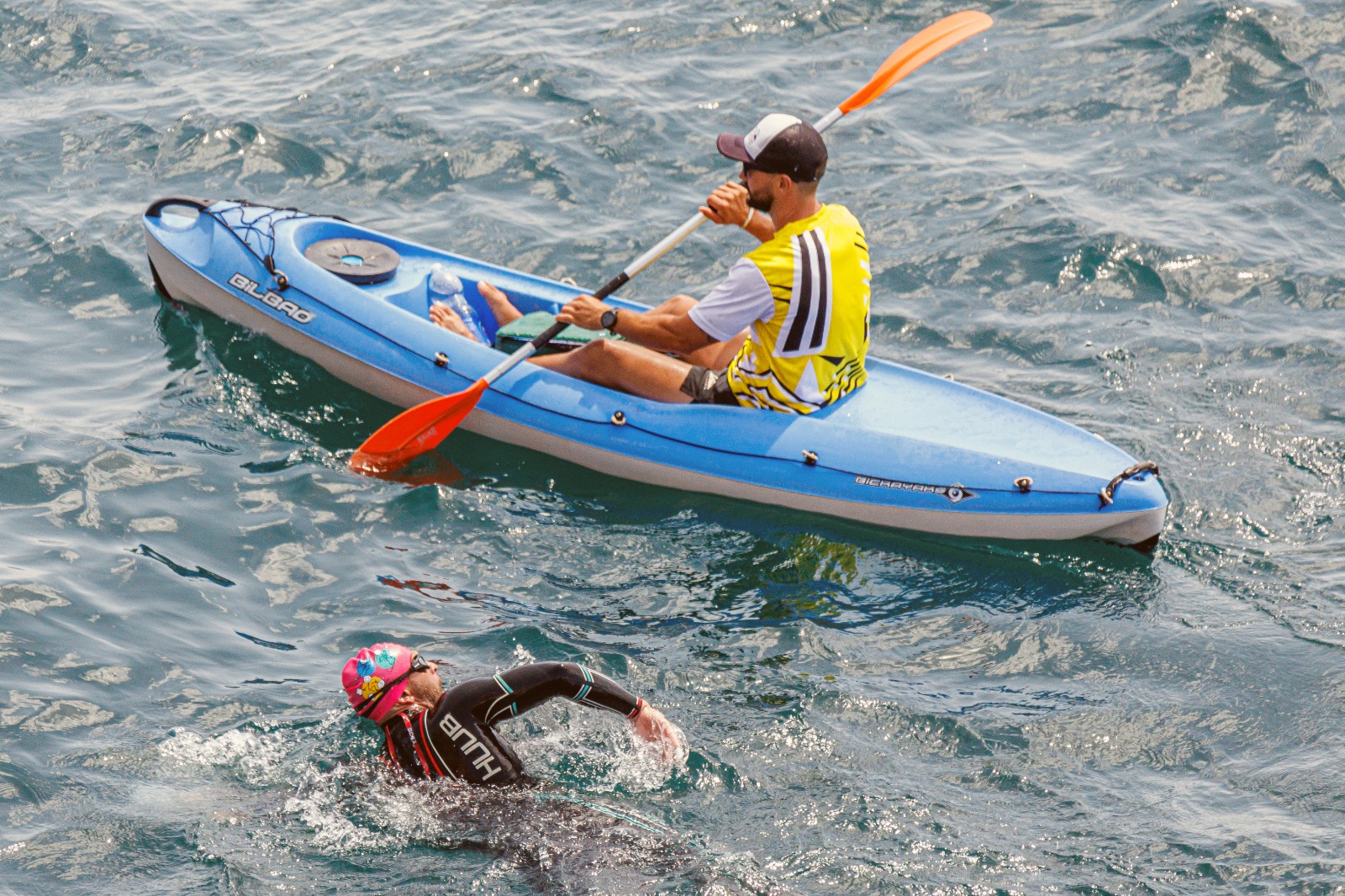 The swimmers were to finish at Eastern beach where they were greeted by beachgoers and their supporters who had seen them off at Western beach.

With a goal of raising £4,000 via their gofundme page, the quartet had already seen the donations increase from just under £2,500 the previous evening to close to just over £3,000 within the first hour swimming, with the target expected to be achieved.

For Albert Cumbo, who joined the original 5in5 team for this challenge, there was an additional purpose behind his participation.

His touching story was one which brought to the forefront some of the daily challenges lived by families with special needs.

Prior to his participation, and as a prelude to Wednesday’s event, he wrote through the SNAG official pages his story, which provided an insight into some of the challenges faced by many families.

Present at the start of the event was another fundraiser, Eric Rowbottom, who has also captured the imagination of many.

The wheelchair-bound photographer was himself just a month away, exactly to the day, from his own challenge, where he will attempt to climb Med Steps for the first time as he aims to raise awareness.