With just days to go for the start of the football league season the focus has continued to fall on Lincoln Red Imps whose exploits have rocked positively Gibraltar imagination.
The Imps once again provided evidence of their strength in-depth. Even though allowing some of their players out on loan, including Michael Negrette moving on loan to Lynx, and with twelve players on international duty they were to provide a solid display in a 5-4 victory against CD San Roque last week.
Lincoln open up their campaign this season against Europa, a team that turned the tables on them in the Pepe Reyes Cup just ahead of their Europa Conference League group stage match.
Friday will see the opening league match with Mons Calpe taking on Lions Gibraltar. This should prove to be an interesting encounter which will once again provide some reference as to what to expect for the first round of the competition.
Mons Calpe, knocked out in the first round of the Europa Conference League will want to once again bid for the top three places. However, questions will be asked as to whether they have effectively reinforced their squad to challenge the likes of Lincoln, Europa and St Joseph’s.
Lions who have not disappointed reaching those six top spots have also been the boggie team whose defensive displays have proved hard to break costing valuable points to many a top side. Once again whether Lions have also kept enough of their squad to produce similar challenge is to be seen, especially after losing the likes of Jamie Bosio.
Lynx who are also contenders have kept the bulk of their home grown players and have produced some interesting pre-season results showing that they aim to bid for that fourth place in the league.
Lynx face a formidable first day as they face St Joseph’s. This will be Molina’s first season at the helm of the blues with expectations high for him to produce the same results as former St Joseph head coach Raul Procopio. Still with a strong squad, with several players already in the national squad and gaining valuable international experience St Joseph’s continue to be among the top three favourites for the title.
Lynx, under Albert Parody have proven to be a strong contender although failing at the final hurdles in the season. With a strong home grown backbone which he has maintained Lynx will be looking at putting right mistakes made in past seasons making for their encounter with St Joseph’s as one of the top matches of the forthcoming weekend.
The exploits of Lincoln Red Imps have already seen many turning their eyes towards the potential benefits of progressing further within European club competition adding a new excitement for the new season.
Among one of the players where the focus has now fallen on is goal-scorer Marco Rosa Blanco. Speaking to Lincoln Red Imps official Website during the weekend break about his experience in Copenhagen he commented, “When you start playing football as a young boy, I think everyone's dream is to try to achieve as much as possible and play this type of competition at the highest level. My career has reached a point that I could never have imagined. Being able to live moments like the ones I am living, it is a privilege to have scored the first goal for Lincoln Red Imps in the group stages of a European competition. I am ecstatic about it. Walking out into the field with this team and playing the game that it was, is tremendously motivating. It gave me goosebumps to walk out in front of 13,000 people singing and thinking that very positive things are happening to both me and the team. I was lucky enough to score a goal. This experience is something I will never forget."

We bring you the squads announced for 2021/22 by the top three clubs in last season’s campaign. 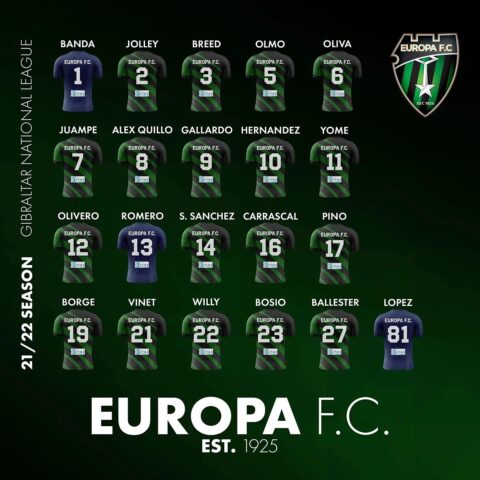 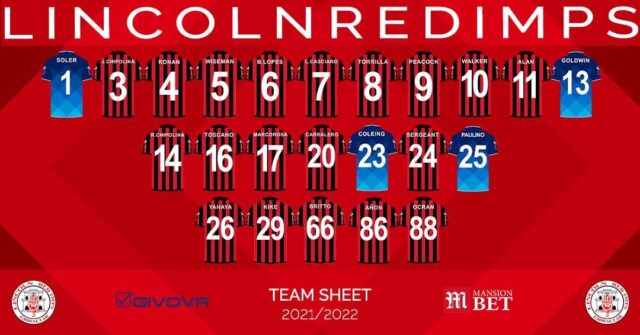 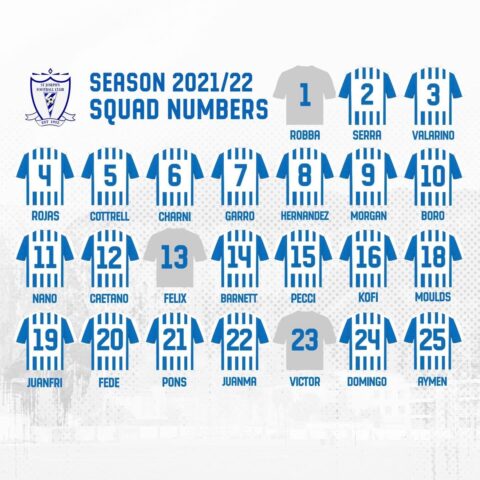 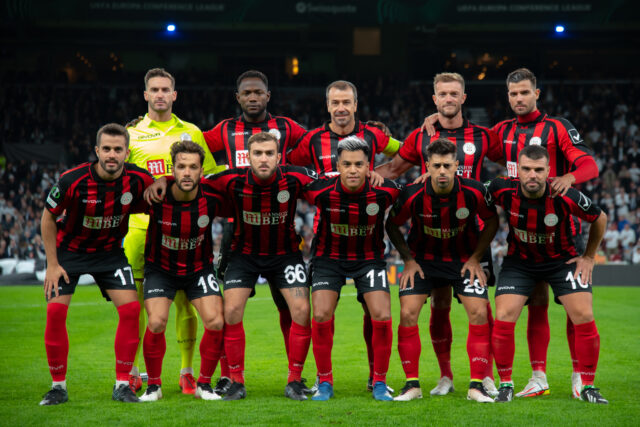