Active cases lower, but restrictions will remain in place

A drop in the number of Covid-19 cases in Gibraltar will not translate into a lifting of restrictions aimed at stemming the spread of the virus, Chief Minister Fabian Picardo warned on Friday.

The Chief Minister was speaking during an exchange in Parliament on the impact of the public health crisis on the work of the Housing Works Agency, which in common with many other areas of public service has seen its activities curtailed by the pandemic. 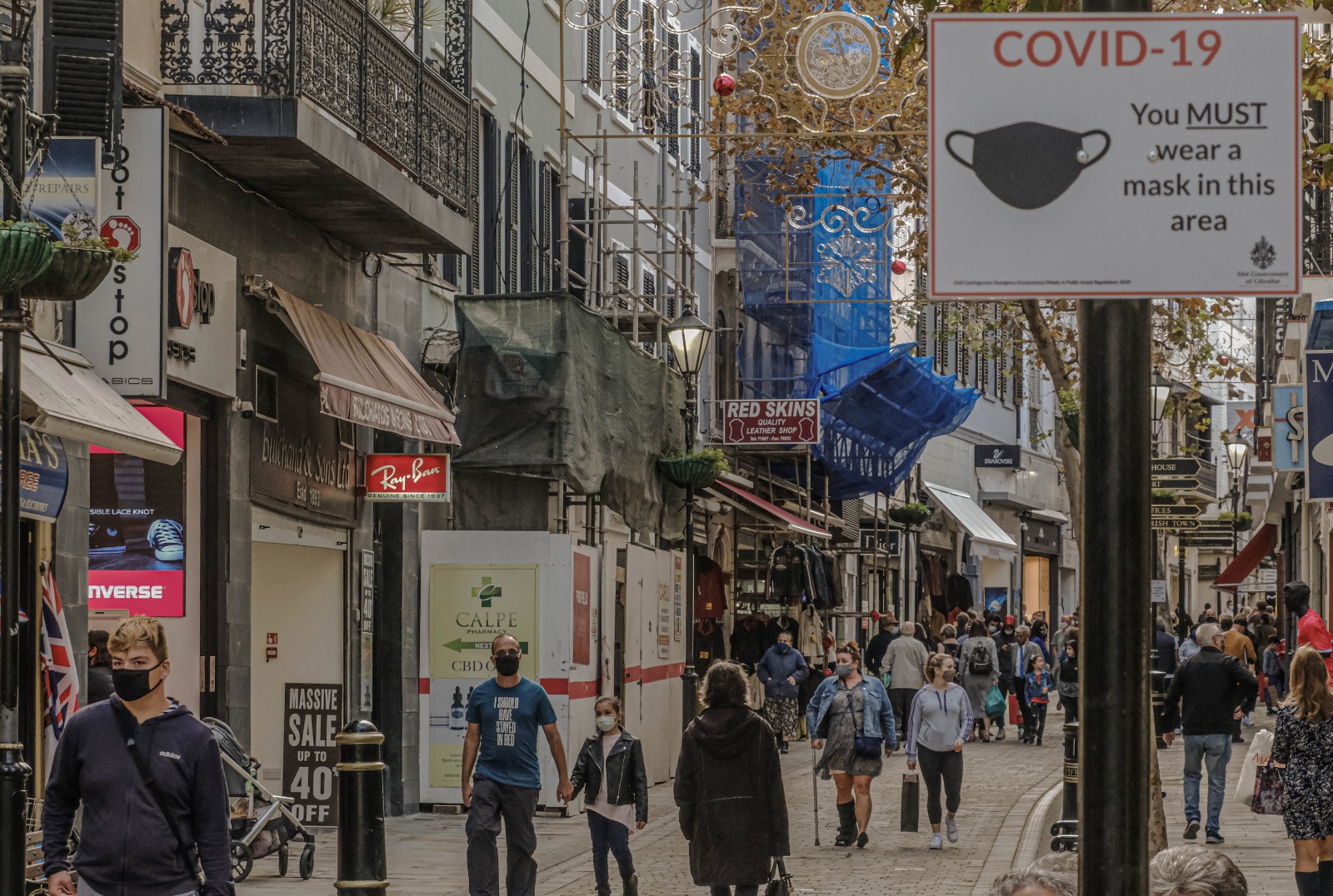 Currently, the agency is handling only emergency repairs as a result of Covid-19 restrictions.

Responding to questions from the Opposition, Mr Picardo said that even if the spread of the virus in the community waned, that would not mean a return to normal levels of activity.

He was speaking as new laws came into effect requiring face coverings in all public areas in town including Main Street, Irish Town and connecting roadways including Engineer Lane, Governor’s Street and Town Range.

Signs have now been installed reminding people in those areas that mask use is compulsory at all times.

“The way that we are expecting to deal with Covid over the autumn and winter period is not that if you have numbers go down, suddenly everything goes back to near normality,” Mr Picardo said.

“Numbers are going down because we’re changing the posture, we’re adopting the controls. And we need numbers to stay down.”

“When the numbers go down, no one should expect that we will simply remove restrictions.”

“We will want to keep numbers down.”

Mr Picardo said the assessment on when to ease the restrictions would involve multiple factors including the “raging fires” in Spain and the UK and the need to prevent a surge in numbers here.

“There will be a lot of factors involved and we shouldn’t for one moment be creating an expectation in people, either wittingly or unwittingly, that if numbers go down on two days running, the measures that we’ve taken, which we hope are having the effect of bringing numbers down, are then going to be undone,” he said.

The number of active cases in Gibraltar was down to 83 yesterday, driven down by recoveries after highs of up to 133 in recent days.

Yesterday’s total, all of them residents, was down from 85 cases on Thursday and 101 on Wednesday, and included an overnight increase of five new cases plus six overnight recoveries.

Fourteen of those active cases are residents in the Elderly Residential Services, with another eight cases in the Covid-19 ward at St Bernard’s Hospital and one in the critical care unit.

By way of comparison, the highest daily number of active cases during the lockdown period was 65 on April 9.