Undated handout photo issued by Longitude Explorer Prize of the team from St Paul's Girls' School, (left to right) Megan Gill, Radhika Iyer, Olympia Adipa and Vivien Wu, who designed the two-way AI-enabled sign language translator which has won a £20,000 technology prize. The team from London came up with the idea for an intelligent real-time British Sign Language (BSL) translator after they were inspired by the experience of a friend who is deaf.

A team from St Paul’s Girls’ School in London came up with the idea for an intelligent real-time British Sign Language (BSL) translator after they were inspired by the experience of a friend who is deaf.

The Amazon Longitude Explorer Prize – for schools across the UK – calls on 11- to 16-year-olds to design, develop and build prototypes of technological solutions for some of the world’s biggest issues to deliver social good.

An insect-powered plastic digester, a personal Bluetooth pollution monitor, and a rainforest monitoring station were the ideas of the three runner-up teams who each secured £5,000 for their schools. 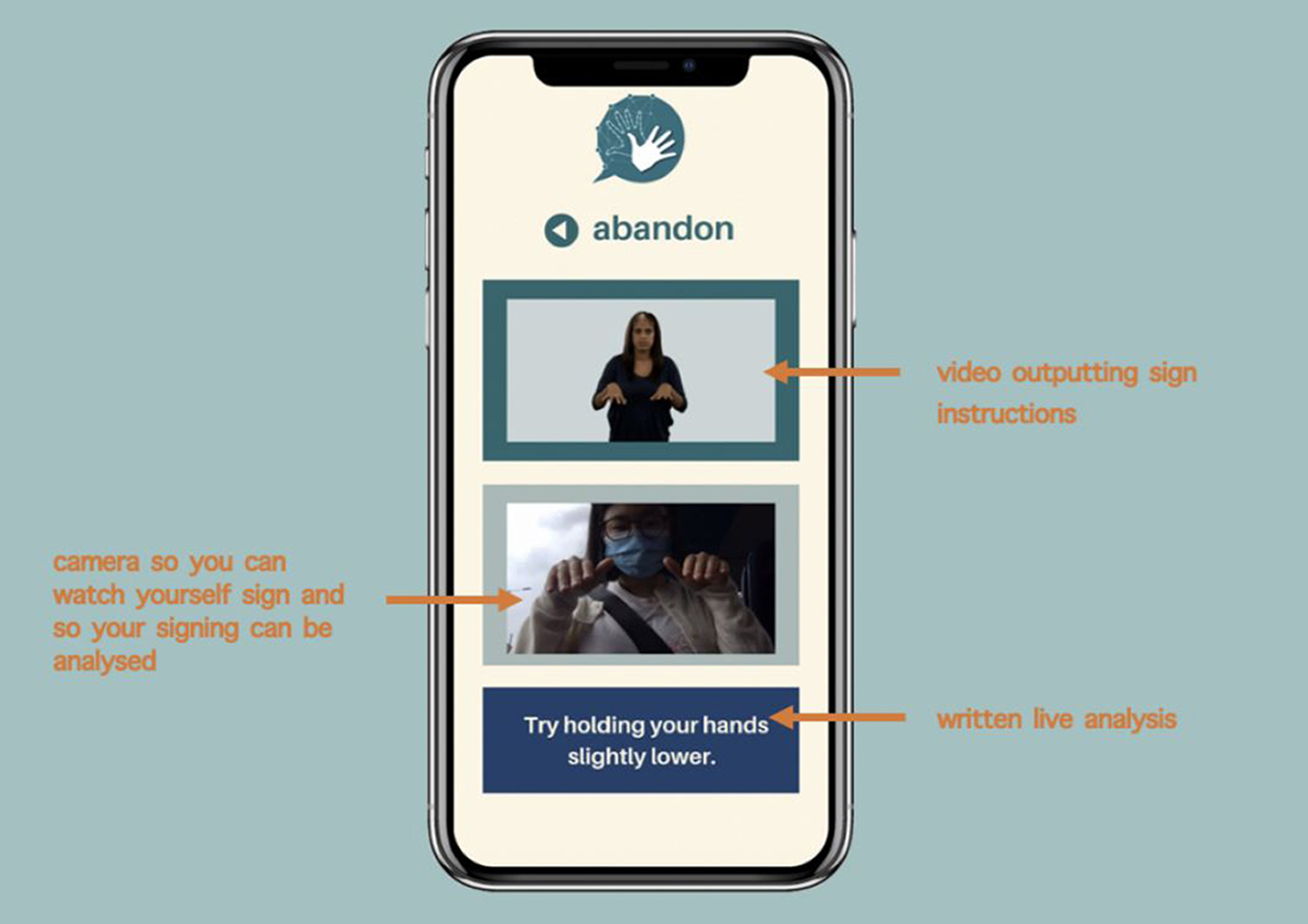 The winning team designed, developed and coded an app – BSL: Educate-2-Translate – to interpret BSL and translate it into spoken English, as well as translate spoken English into BSL videos.

The app also aims to teach BSL, with personalised feedback to video footage of the user practising.

The team from St Paul’s Girls’ School said: “Our friend Amy is deaf, as are 11 million other people in the UK.

“Although she can communicate with her close friends and family using sign language, she finds it difficult to perform daily tasks such as ordering food at a restaurant or going for a job interview – in fact the employment gap between deaf people and the general population is 14% as a result of the lack of access when it comes to BSL.”

Olympia Andipa, one of the members of the winning team, said: “We’ve been working on the project for such a long time, it’s such a surprise to have won, especially when there were so many other exciting projects.

This year’s runners-up are:

A self-contained digester box that uses mealworm larvae to break down non-recyclable plastic waste. Using sensors, the box can be remotely monitored to ensure optimal conditions for decomposition. Designed by a team at Liverpool Life Sciences UTC (university technical college).

A Bluetooth device that can be worn as a badge or wristband, which measures air pollution in the wearer’s vicinity and shares advice to reduce their exposure. Designed by students from Alderman Peel High School in Wells-next-the-Sea, Norfolk.

A piece of monitoring hardware for recording environmental data in communities living in and by rainforests to promote conservation. It has a companion website for sharing the data to enable young people across the world to build their own versions. Designed by young people at Mendip Studio School in Radstock, Somerset.

A team who designed a sea-cleaning plastic-pollution robot won the £5,000 People’s Choice Award after votes were cast by the public.

The pupils from Wimbledon High School in London were awarded the cash for their idea of a robot that operates in water to detect and remove microplastics through infrared sensors, trapping them to magnets in the back of the biobot.

Lauren Kisser, director at Amazon’s Development Centre in Cambridge and an Amazon Longitude Explorer Prize judge, said: “Every entry in this year’s final has demonstrated serious ingenuity and creativity.

“It has been really exciting to see the finalists commit themselves to the process and develop their ideas into prototypes with support from Amazon mentors.”

She added: “Each team should be incredibly proud of their accomplishments and we hope that all of them have been inspired and invigorated by the experience.”