Hair loss can have a big impact on the children and adults affected, but what causes it and will it grow back? Lisa Salmon finds out more.

Hair loss isn’t just something that happens to older men – alopecia can affect anyone at any age. And while genetics play a part, there are lots of possible causes, including stress, underlying illnesses, pregnancy and menopause.

A number of celebrities have been affected too, including Little Mix’s Jesy Nelson, who’s talked about experiencing hair loss after being bullied at school; Matt Lucas, who lost his hair at age six, and Oscar-nominated actress Viola Davis, who opened up about losing half her hair to stress-related alopecia aged 28.

Here, an alopecia specialist, and a functional health coach whose own son had alopecia, tell us more…

There are many types of alopecia, the most common being the predominantly hereditary androgenetic alopecia, or ‘male or female pattern baldness’. Another common type is alopecia areata, which can causes patchy hair loss, with typically circular bald patches that range in size. For some, total baldness can develop (alopecia totalis), or total loss of all body hair (alopecia universalis), although this is more rare. Consultant dermatologist Dr Sharon Wong, of the London Bridge Hospital (part of HCA UK) says alopecia areata is an autoimmune condition, in which the immune system attacks growing hair follicles.

“Alopecia is a term many are familiar with but is actually often misunderstood. The word alopecia simply means hair loss – nothing else,” says Wong.

Are some people more likely to get alopecia?

Alopecia areata can affect anyone, children and adults, says Wong. However, she continues: “Genetic factors are important. In 20% of those affected, there’s a family history of alopecia areata. The risk of developing it may also be greater in those with a personal or family history of other autoimmune conditions. In some, stress can be a trigger, but in many people no specific trigger is identified.”

A ‘trigger’ simply means something that prompts the symptoms to start, in people who may already have been more predisposed to developing them. Other triggers might include a viral infection or trauma.

Does hair grow back?

There’s no cure for alopecia areata, although some people may choose to try treatments. However, many find it gets better on its own after a while, or patches come and go in episodes. Wong says up to 80% of adults with small patches of alopecia areata on the scalp will spontaneously regrow hair with no treatment, usually within a year. “But hair loss can sometimes get worse before it gets better,” she adds.

What impact can alopecia have?

Hair loss can have a very big impact, particularly on things like self-confidence and mental wellbeing. “To lose hair, for many people, feels like they’ve been stripped of their identity. It is never ‘just hair’,” stresses Wong, who says because alopecia areata can cause very sudden hair loss, those affected often don’t have much time to come to terms with it and have to quickly adapt to their new appearance. They also don’t know whether their hair will ever regrow, which can be very distressing.

“Alopecia can have profound and far-reaching effect on a person’s self-esteem and confidence, with consequences for their personal, social and work life,” she continues. “Anxiety, depression, and social phobias are common consequences of hair loss, which are sadly too often overlooked and trivialised.

“Hair is part of our daily grooming routine; it’s a beauty asset for many men and women and in others it holds significant religious and cultural meanings.”

What treatments are there and how successful are they?

There’s no rule that says you have to ‘treat’ alopecia, but for those who are interested, steroid scalp solutions, steroid injections into the hair loss area, or oral steroids are the most common treatments for alopecia areata. “Steroid injections can be highly effective,” says Wong, “resulting in hair growth in around 60-80% of patients, particularly if treated early and in those with less extensive hair loss.”

Other treatments include topical immunotherapy, which deliberately creates irritation on the scalp surface to act as a decoy to distract the immune cells away from the hair follicle, and immune suppressant drugs, which dampen the effect of the immune system. 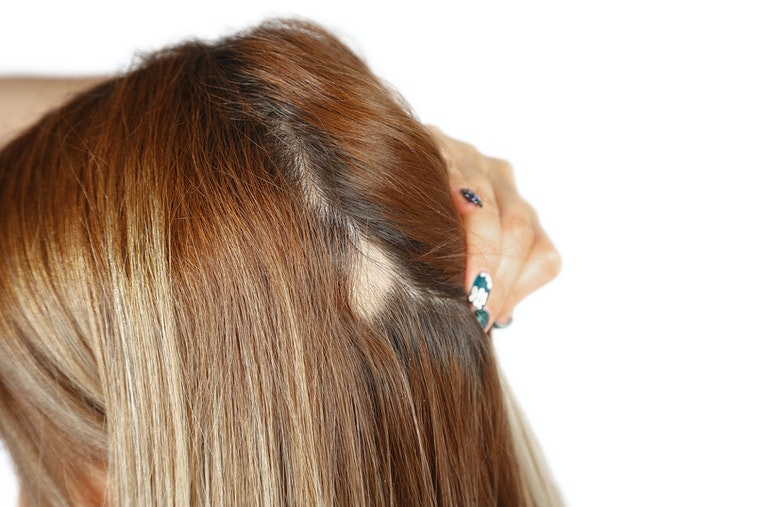 Can other factors play a role?

There’s still a lot of mystery around alopecia areata and why it affects some people more than others, and it can be very unpredictable. That said, there are certainly steps people can take to help make living with alopecia easier.

Laura Krippner – whose son, Harrison, was diagnosed with alopecia in 2016 when he was 11 – believes lifestyle measures can play a role. After seeing many doctors and trying various prescriptions, Krippner eventually took Harrison to see a functional medicine doctor, who helped them with positive diet and lifestyle changes aimed at helping ‘modulate the immune system’. 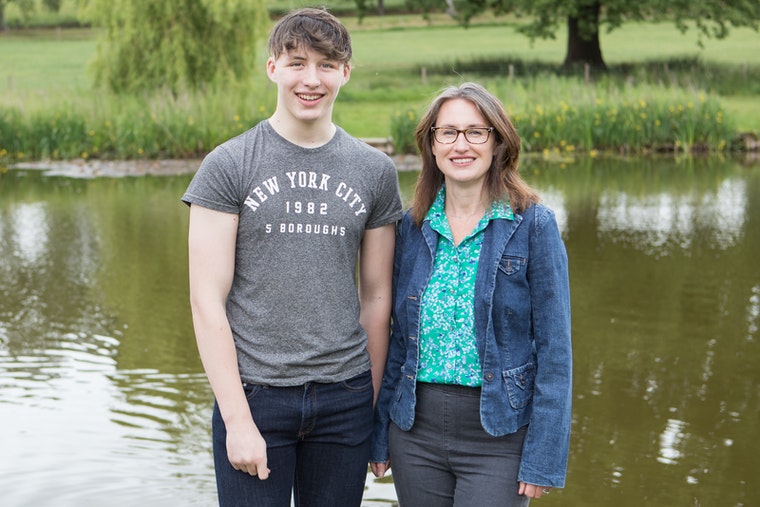 Harrison’s hair did eventually regrow, and although there’s no concrete evidence around these things, Krippner believes the lifestyle interventions were important – and has since trained to become a certified functional health coach herself (practicalhealthcoach.uk).

Krippner says there’s a history of autoimmune disease in their family, and Harrison first started to lose hair behind his ears in mid-2016, before badly breaking his leg later that year. “This trauma, and the time spent recovering, was tough on him. The last straw was a course of antibiotics, which wiped out his gut bacteria and had his hair falling out in handfuls,” Krippner recalls. She says Harrison was completely bald for two years, before regrowth started.

She explains there are close links between immune function and gut health: “Gut health is key, as 70-80% of the immune system lives in the gut. If someone mainly eats a diet of processed food and/or [unhealthy] takeaways, their gut health will be impaired.”

Krippner is keen to highlight that everybody is different and there may be multiple factors involved, but in terms of helping manage alopecia through lifestyle measures, she says: “Eating a nutrient-dense, wholefood diet is a key element. Managing stress, getting enough sleep, your home environment and exercise also play a part. The approach is different for everyone.

“Making lifestyle changes can be difficult – I want people to know they have options above and beyond the steroid lotions they will typically be offered in the dermatologist’s office. That said, everyone’s root cause will be different. It takes time and persistence to sleuth it out and make the necessary changes.”