To mark the 214th anniversary of the Battle of Trafalgar, the traditional Act of Remembrance was held within the Trafalgar Cemetery, Gibraltar. 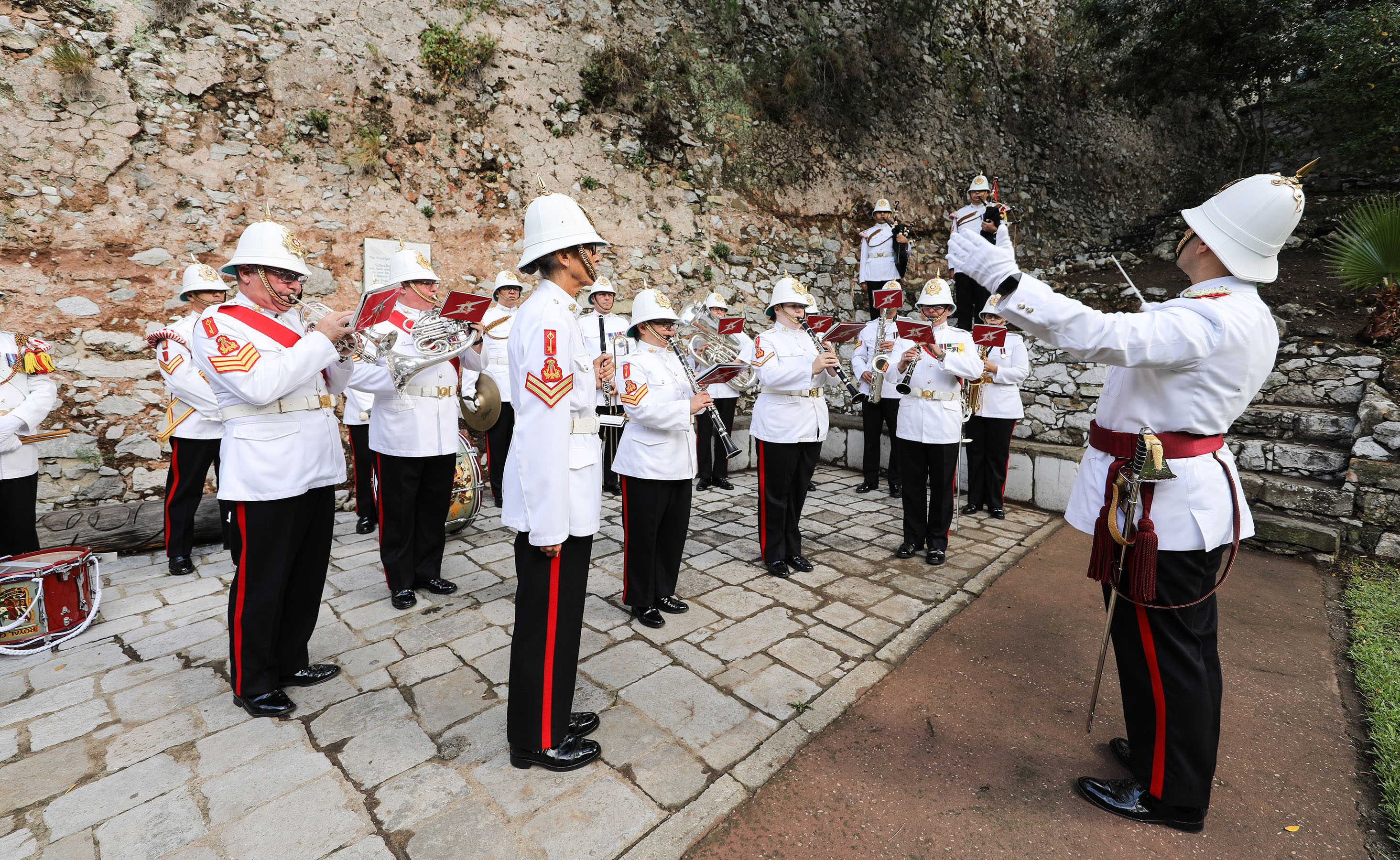 During the service, The Governor, Lieutenant General Edward Davis read the despatch from Admiral Collingwood to the then Lieutenant Governor which informed Gibraltar that Commander-in-Chief’ had died: ‘Yesterday a Battle was fought by His Majesty’s Fleet, and a Victory gained, which will stand recorded as one of the most brilliant and decisive, that ever distinguished the British Navy… Our loss has been great in Men; but what is irreparable, and the cause of Universal Lamentation, is the death of the Noble Commander-in-Chief who died in the arms of Victory; I have not yet any reports from the ships…” said the dispatch. 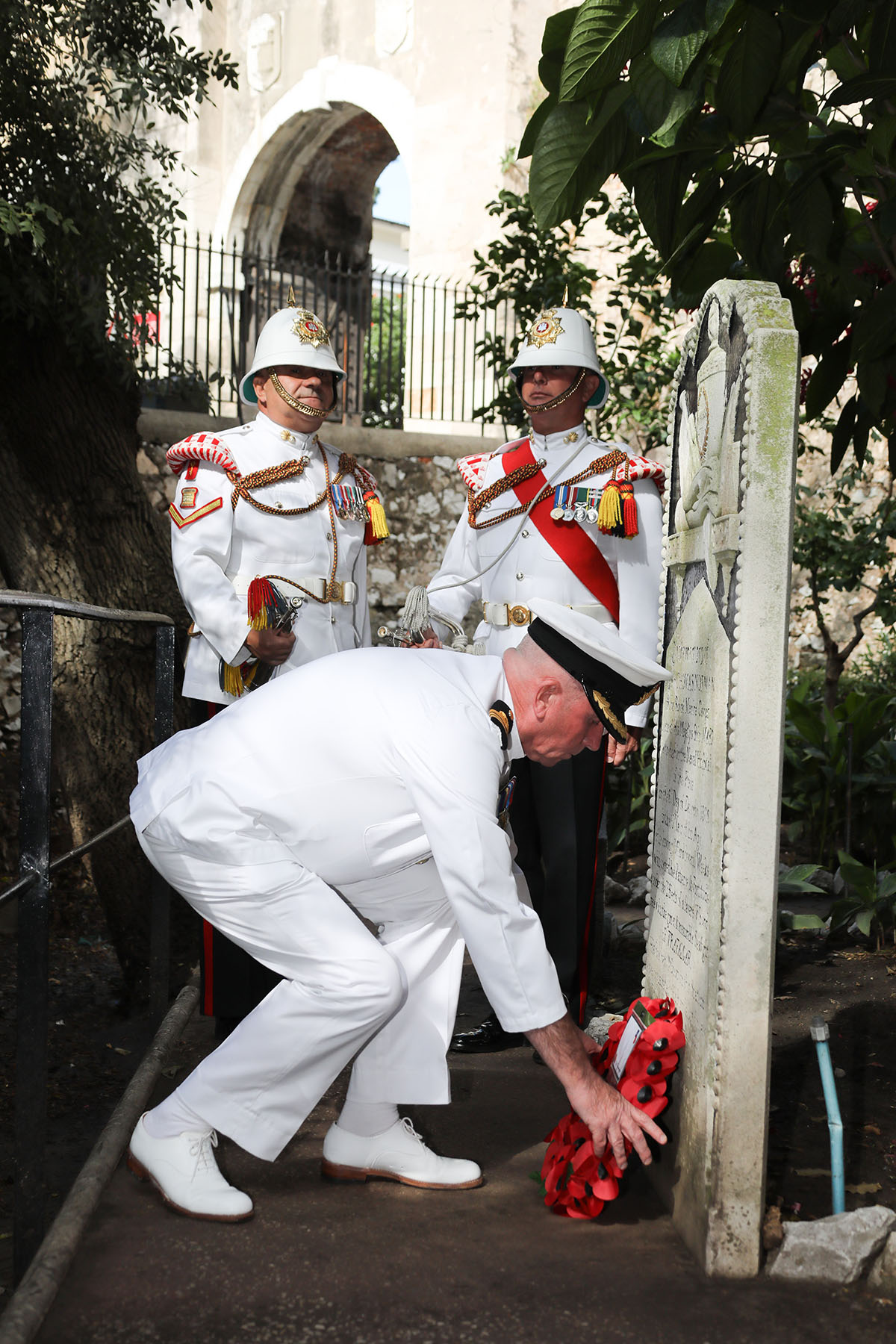 This was followed by the preamble which was read by the Chief Minister Fabian Picardo and reminded everyone that ‘for over two centuries the Fleets of the Royal Navy have gathered at Gibraltar for exercise and training in time of Peace. Here in time of War, the ships have assembled before sailing to face the dangers of the seas and the violence of the enemy.’ 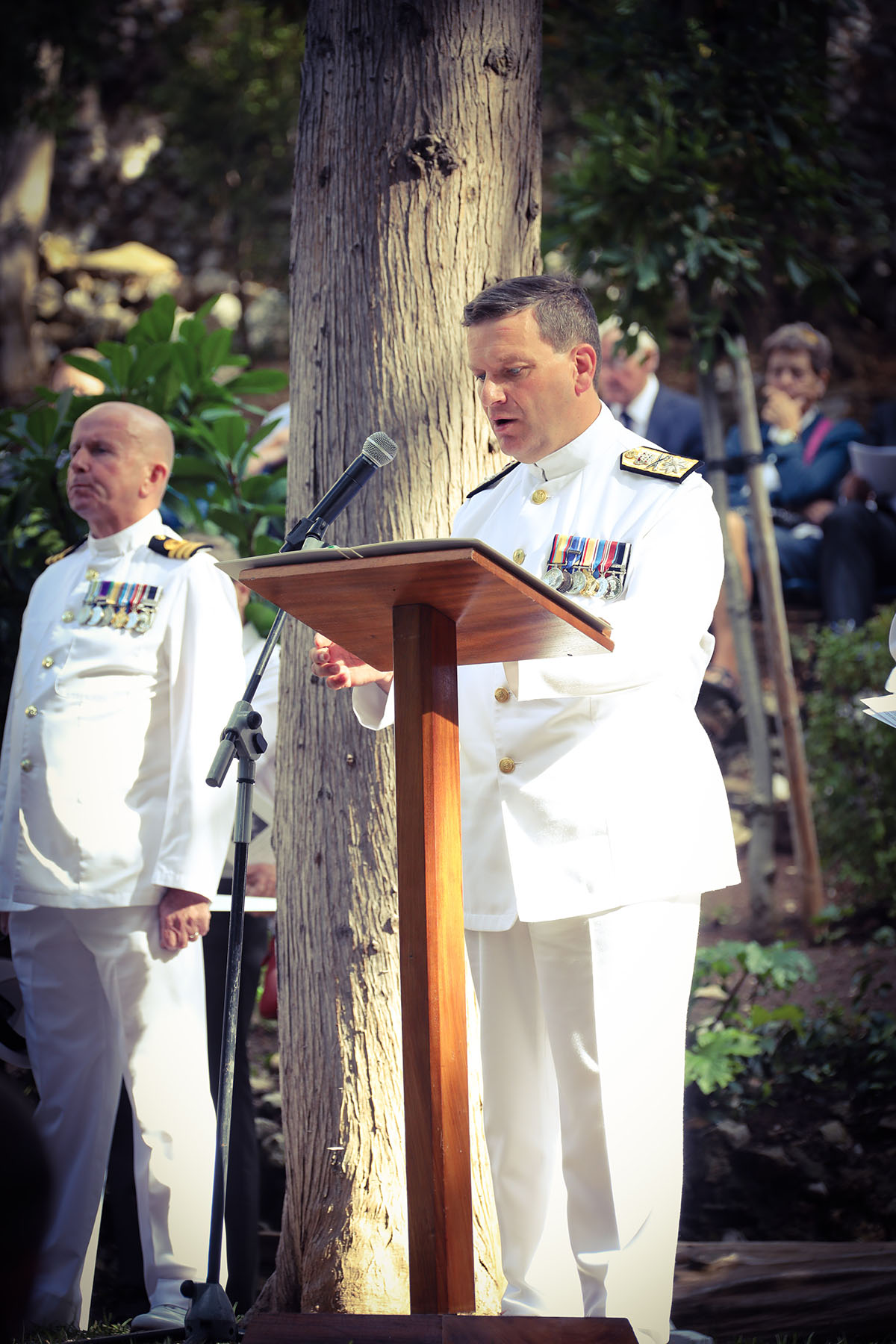 “The Napoleonic wars would continue for another 10 years. The Royal Navy’s dominance of the seas would last for over a century. Gibraltar’s role after Trafalgar, and during the many battles and conflicts that followed, has remained steadfast,” he said.

“The support that is provided from here for the Royal Navy, and more widely the Armed Forces, is as important now as it has ever been. A new generation of opponents seek to exploit division and create discord.” 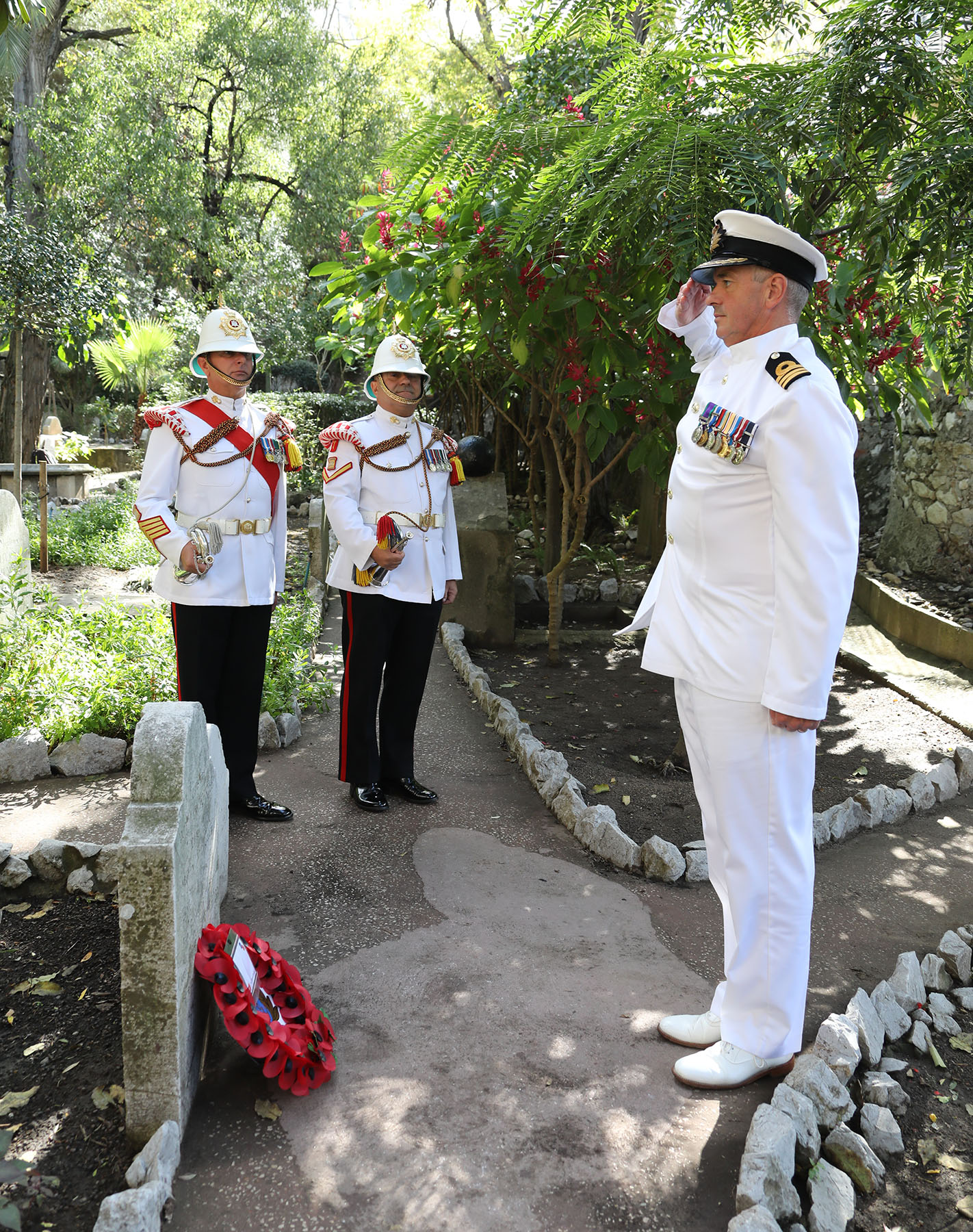 “The story of the Battle of Trafalgar continues to inspire and motivate. It is a battle that is epitomised by the death of an Admiral… But fundamentally, it was a battle between people. The sailors and soldiers on each side were driven by the same desires to service. To serve their nation, to serve their service, and to serve their ship. To survive and to return home to family and friends. Not so different from each other after all,” he added.

The Command Chaplain, the Reverend Daniel Hernandez and the Reverend Fidel Patron led the prayers, and the Right Reverend Paul Mason, RC Bishop to the Armed Forces pronounced the Blessing.
This was followed by the Last Post and Reveille and the first verse of the National Anthem. 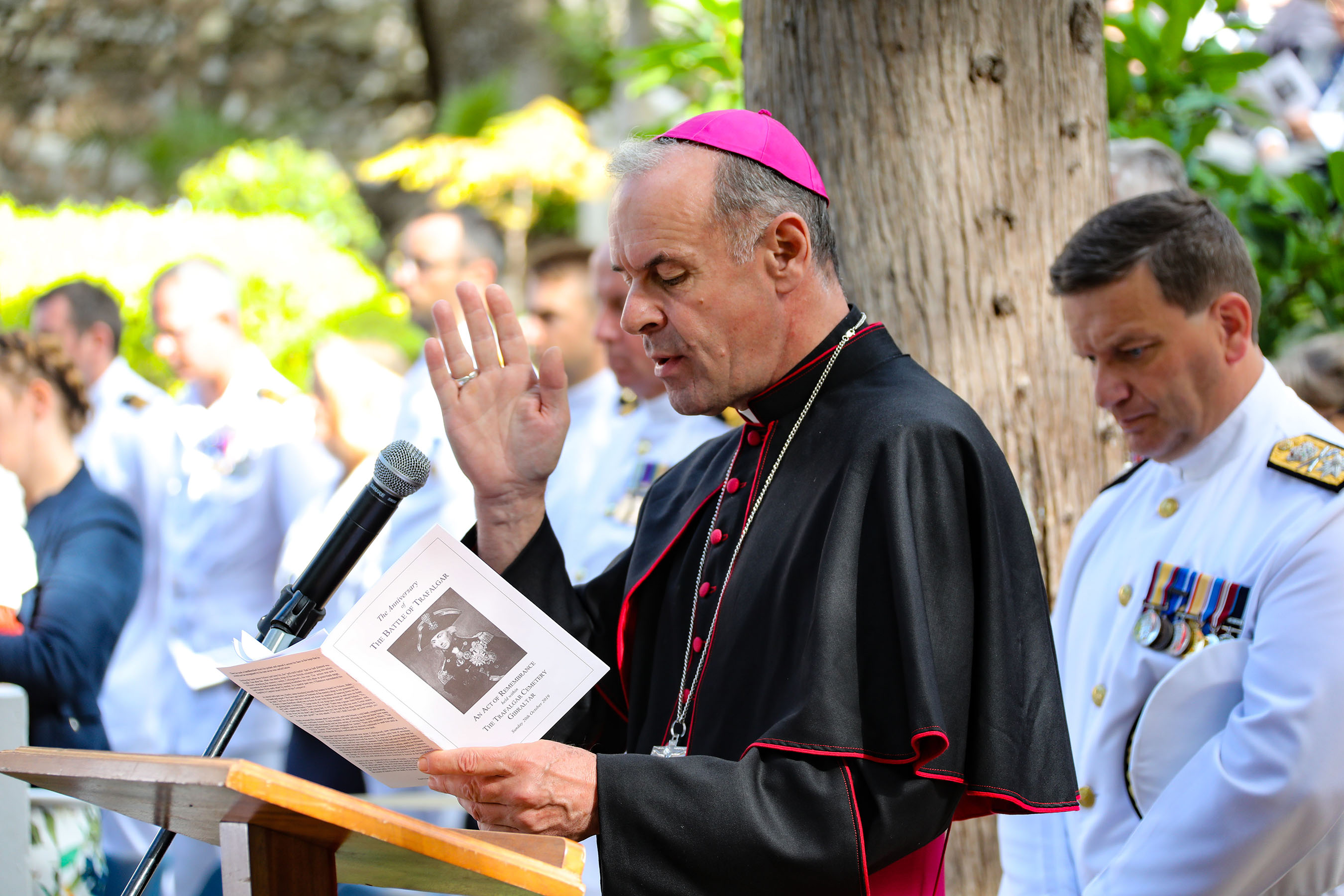 Members of the Royal Navy based at HQBF Gibraltar come together to commemorate the Battle of Trafalgar with a Church Service at Kings Chapel and then a service at Trafalgar cemetery , Gibraltar.
In attendance was the Chief Minister: Fabian Picardo, the Governor of Gibraltar: Lt Gen Edward Davis, and Commander British Forces: Commodore Tim Henry.