The group won Best Play for their production of The Blue Whale, with the whole cast also winning individual acting awards. 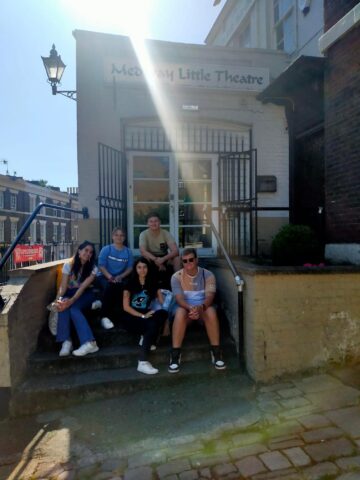 Adjudicator Amanda Conroy congratulated the company on the tightness of the cast, the pace of the play, and the high standard of the performances.

The group had not taken part since 2018 but was pleased to return and continue strengthening links with the theatre. A joint workshop was also held for the young members of both groups.

The Blue Whale is a dark comedy about a young man who meets a woman online and is convinced to undertake a series of challenges. These slowly start to escalate, placing the man in conflict with those closest to him.

The play won Best Original Play at the 2022 Gibraltar Drama Festival and options are being explored to stage the play at a venue in London.