These were just some of the words used by students to describe the hot, healthy meals served yesterday at Westside and Bayside secondary schools.

This is the first week that students have been able to enjoy school lunches and yesterday there was a choice of cottage pie or lentil pie, accompanied by drinks and fresh fruit.

Overseeing the launch were Dan Thomson, the Director of Smart Kitchen, the company contracted to supply the food, and the Minister for Education, Gilbert Licudi. 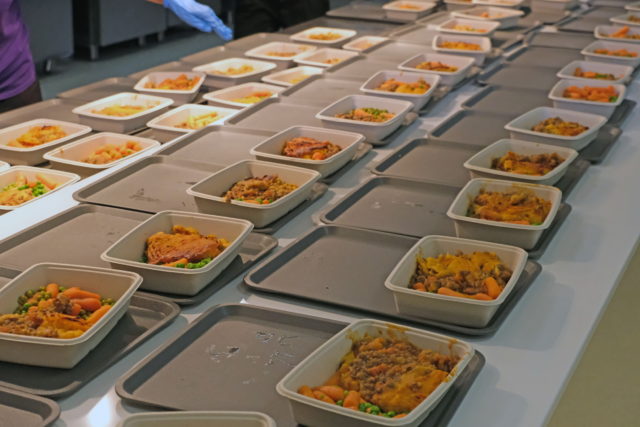 As hundreds of students from Bayside filed into their dinning hall, their surprise at the food was either written across their faces or audible, even before they had sampled the dishes.

“I can’t believe it’s real, it looks too good,” said one student.

“Oh my God this looks amazing,” claimed another.

As they chatted with the Chronicle, there was only gripe – “my peas are cold” – among the 800 or so pupils who ate at school yesterday.

Smart Kitchen is also keen to gain feedback from the students. 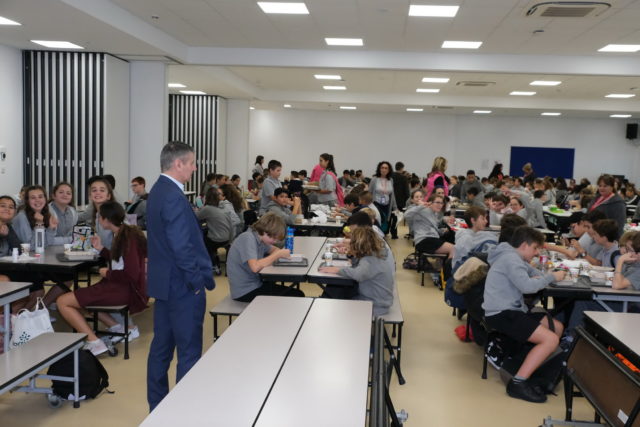 To help gauge this, they placed large black bins in the hall, some marked ‘I liked this’ and others ‘I did not like this’.

There is already one change in the pipeline, a switch from disposable plates and cutlery to re-useable.

Smart Kitchen has 20 staff members working in the schools, with 10 in each school.

“They are an extremely professional team, I can’t take much credit,” Mr Thomson said.

“They have done a lot of the work.” 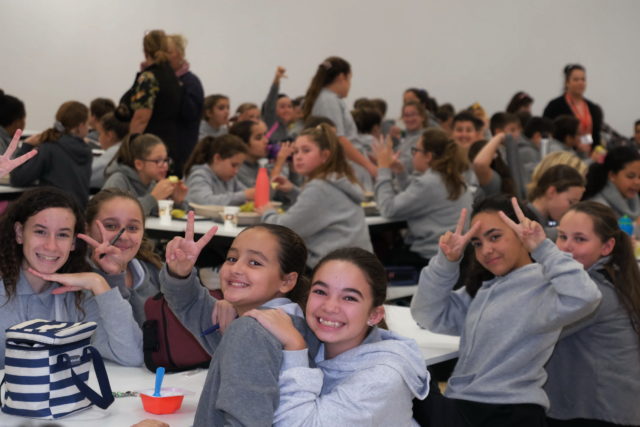 Going forward, members of the team will be promoted to catering managers of the schools in Gibraltar as the hot lunches’ initiative is rolled out across the Rock.

“They will be produced at a central kitchen and transported hot and served.”

These meals will be prepared at the University of Gibraltar.

“We are creating a vocational training program to go with it as well,” he added.

Mr Licudi told the Chronicle that the government was fulfilling a manifesto commitment to provide hot lunches to the schools.

“But not just any hot lunches, hot lunches that are nutritional, balanced and healthy,” he said.

“We are very glad with the company that has been engaged for this purpose. We have sampled the food and it’s very nice,” he added.

He also admitted that of all the meals he had tried, the cottage pie was his favourite.

At present the cost of the meals is being subsidised by the Government but going forward next term it will cost £3.70 per day per child.

However, the cost will be met by the Government if an application to wave the fee in cases of hardship is filed and approved.

The next schools that will trial hot lunches will be St Anne’s and Notre Dame.

Should every student within the schools avail of these hot lunches the operation can be scaled up to meet this, Mr Licudi confirmed.

Once the lunch scheme is fully up and running, meals will be offered to teachers and school staff too.