Mr Johnson sent the message even as he warned that “change is coming” as the UK and the Rock embarked together on “exciting” post-Brexit future filled with “glittering opportunities”.

He was speaking in a pre-recorded video due to be broadcast as part of the virtual political rally but issued on No.10 Downing Street’s Twitter feed over an hour ahead of time.

And in a first, the leaders of the UK’s devolved nations - Northern Ireland, Wales and Scotland - also recorded messages of support for Gibraltar on its National Day.

There were messages of support too from the House of Commons.

This year’s National Day comes at a complex time in Gibraltar’s history, with just months to go until the end of the Brexit transition period on December 31.

Negotiations toward a future relationship are taking place against the backdrop of the Covid-19 pandemic and the restrictions arising from public health guidance vital to stemming the spread of the virus.

A cap on public gatherings meant the traditional Casemates rally was cancelled, replaced instead with a programme broadcast by GBC.

But while streets were quieter on Thursday morning, the spirit of National Day was very much alive as people gathered on beaches and at home to mark the day.

The flag of Gibraltar today flies proudly in Stanley. Thousands of miles separate us but we are closer than ever thanks to our continued work on many issues and our joint, unwavering belief in the right to self-determination. We wish all Gibraltarians a very happy National Day. pic.twitter.com/yuV9E2vOq7

In his message, Mr Johnson reflected on the Covid-19 pandemic and praised Gibraltar’s response to the public health crisis.

“The past few months have been difficult for all of us and it’s sadly clear that this awful virus is not yet done with us or with Gibraltar so far,” the Prime Minister said.

“But you are very much part of the British family and so, as with the rest of the family, we’ve wrapped our arms around you.”

Mr Johnson said the GHA and NHS had been “working hand in hand” to treat the sick and stem the spread of the disease.”

“And the people of Gibraltar, you, have demonstrated again and again the grit, the resolve, the fierce community spirit for which you’re so well known,” he added.

“You’ve been coming together to lock down the Rock and fight back against the coronavirus.”

“And because of that, although the disease is very much still with us, we can now once again afford to cast our eyes to the future, the end of the transition period and to the many glittering opportunities that our departure from the European Union will bring to the UK and to the Rock alike.”

But Mr Johnson struck a note of caution too about the challenges ahead as the UK - and Gibraltar in parallel - negotiated a future relationship with the EU.

“Change is coming and I know that change can sometimes be scary,” the Prime Minister said.

“But Gibraltarians have never been shy, retiring types, and it is just as well because this is not time for timidity.”

“If we’re going to make Brexit the enormous success it can be then we must be bold and we must be ambitious as we strike out on this exciting new journey together.”

“And we absolutely will be doing this together.”

“Because it doesn’t matter how rabid the media speculation may become, it does not matter who is lobbying whom or how stridently they are doing so.”

“Unless and until you decide otherwise, no sliver of Rock, no fragment of national sovereignty will be given away.”

“Because on National Day we celebrate not just the unique and special culture of the Rock and its people, but that momentous September day in 1967 when a whopping 99.65% of you stood and said “we choose to be part of the British family of nations, now and always”.”

“And as long as I’m Prime Minister, that’s exactly the way things are going to stay.” 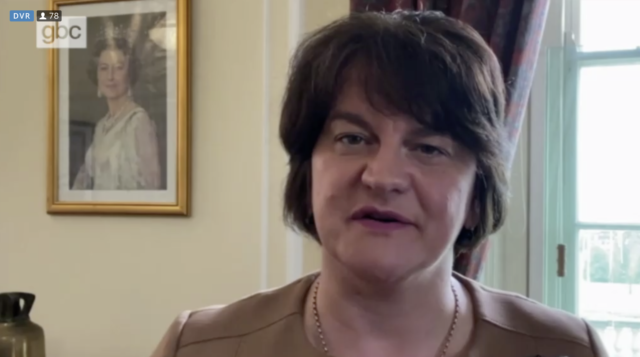 Arlene Foster, the First Minister of Northern Ireland who attended the 2017 National Day rally, recalled her time on the Rock.

“Here in Northern Ireland we talk about our giant’s spirit, inspired by the legend of of Finn McCool and the creation of the famous Giant’s Causeway,” she said.

“It’s clear to me that we share the same strength of character power by resilience, energy and determination.”

“This has carried us through difficult times and gives us the confidence to look forward to a bright and exciting future.” 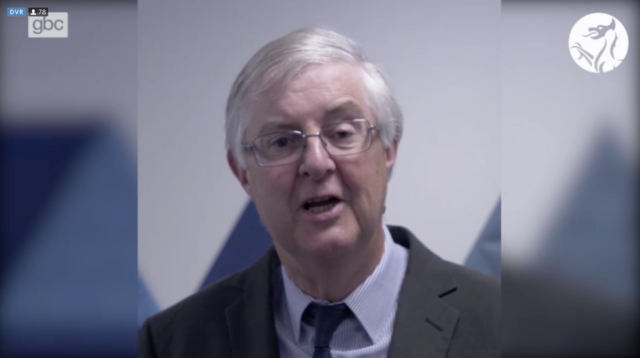 Mark Drakeford, the First Minister of Wales, said he had spoken this week to the Chief Minister, Fabian Picardo, and discussed “the many things we share in common”.

That included the impact of the Covid-19 pandemic on Gibraltarian students after Wales put the Rock on its quarantine list, meaning they will have to isolate two weeks on arrival.

The First Minister, an academic, has undertaken to be in touch with Welsh universities and institutes of higher education to ensure Gibraltarian students have all the support they need.

“We look forward again this year to welcoming students from Gibraltar who come to study here in Wales at our national universities,” he said in the message.

“And on their behalf and on behalf of all the people of Wales, I send the warmest greetings on Gibraltar National Day.” 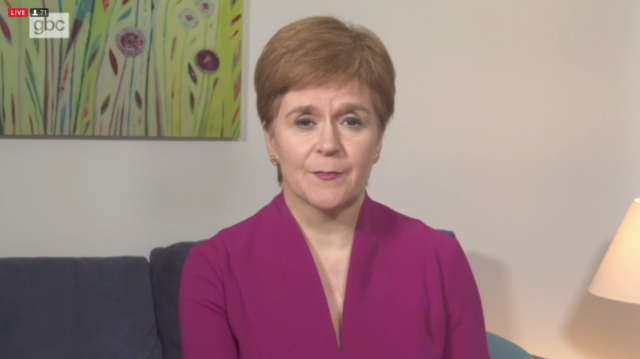 From Scotland, First Minister Nicola Sturgeon also send a message of best wishes for Gibraltar on its National Day, reflecting on the Covid-19 challenges too.

“For all of us this continues to be a very challenging time,” she said.

“Over the past few months people across Europe and the wider world have worked together to respond to the Covid crisis.”

“I can assure you that, as we face the challenges of the months ahead, Scotland will continue to work in that spirit of cooperation and internationalism.”

“I know that Scotland and Gibraltar will continue to enjoy a close friendship in the future and I hope that, despite the circumstances, you all have an enjoyable and safe Gibraltar National Day.”

After students told of electronic Results Day, Govt says no final decision made