Gibraltar British Forces Celebrate the 75th Victory in Europe day with events around the country.

To mark VE Day, the RG Quartet provided support to BFBS’ tribute at 4 Corners and concluded with the Last Post being played by Bugler Sgt Mick Gibbons. 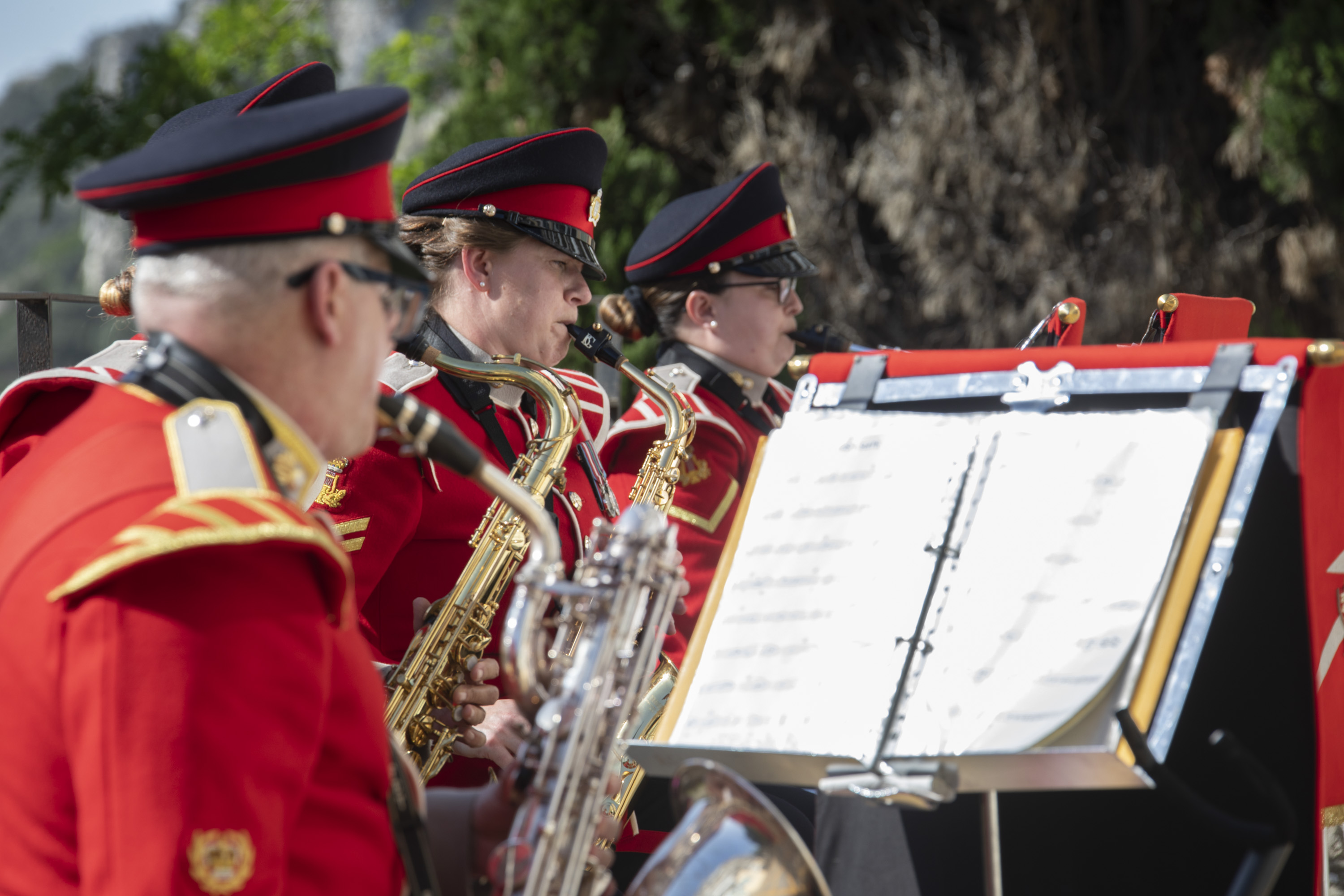 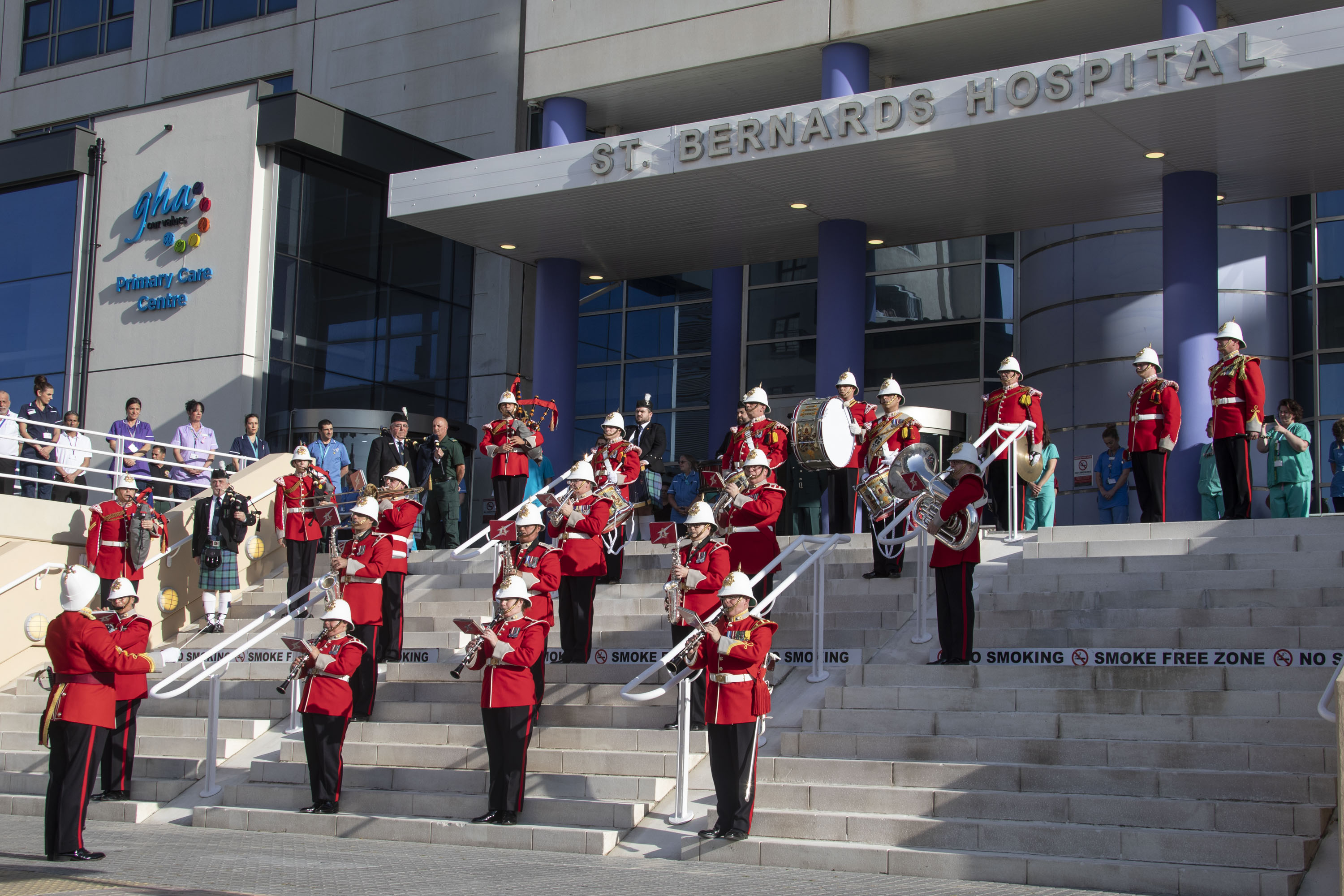 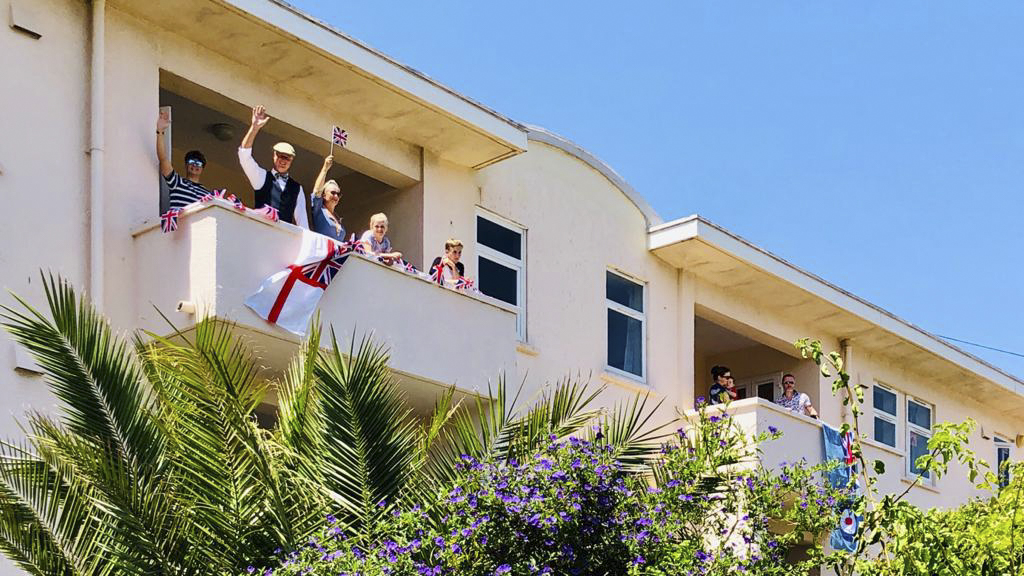 The events held on the day complied with the Covid-19 lockdown measures, to remember the fallen and to highlight the courage of those who endured hardships during the conflict.

RG Bandmaster WO1 (BM) Jonathan Spencer led the Band and Corps of Drums through the celebrations of VE Day.

“The unusual circumstances that we have found ourselves in during the Covid-19 pandemic have meant that the Band has remained inactive, therefore I am delighted to be able to once again direct the Band on this momentous day in Europe’s history,” Mr Spencer said.

To complete the activities members of the Band treated some of Gibraltar’s residents at Hillside, Ocean Views, and Mount Alvernia with a quintet playing a selection of music from stage and screen including ‘Somewhere Over the Rainbow’.

The final act of the day for the RG saw representatives of the Band and Corps of Drums, accompanied by pipes from Gibraltar Sea Scouts, outside St Bernard’s Hospital, playing music including VE 75 Pipe Tune, Sunset and the National Anthem.

“Personnel from RAF Gibraltar came together to celebrate this day with pride despite the restrictions imposed by Covid-19,” the MOD said in a statement.

Military personnel, contractors and local civilian staff posed for a photograph symbolising the letters VE with the numbers 75 in a small display of commemoration to those who sacrificed their lives during the Second World War.

“It was an absolute pleasure to be able to come together - at an appropriate social distance - to commemorate and, indeed, celebrate the 75th anniversary of Victory in Europe Day,” Commander, Wing Commander Nel Doherty said.

“Given the collective effort from both the military and civil communities that enabled victory, it was appropriate that we came together as a Whole Force - RAF, contractors, local employees and families - to pay homage and give thanks to those who have gone before us.” 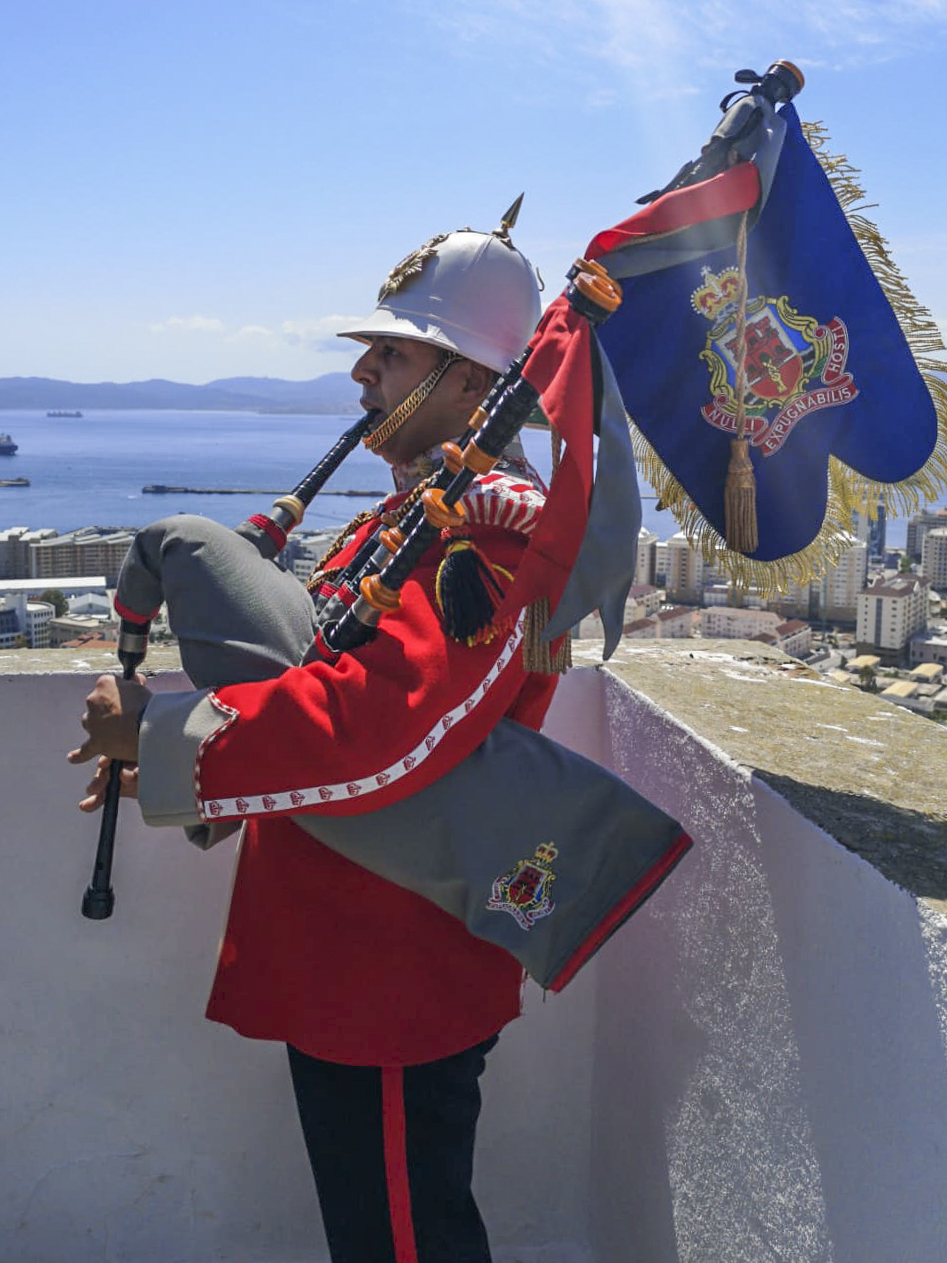 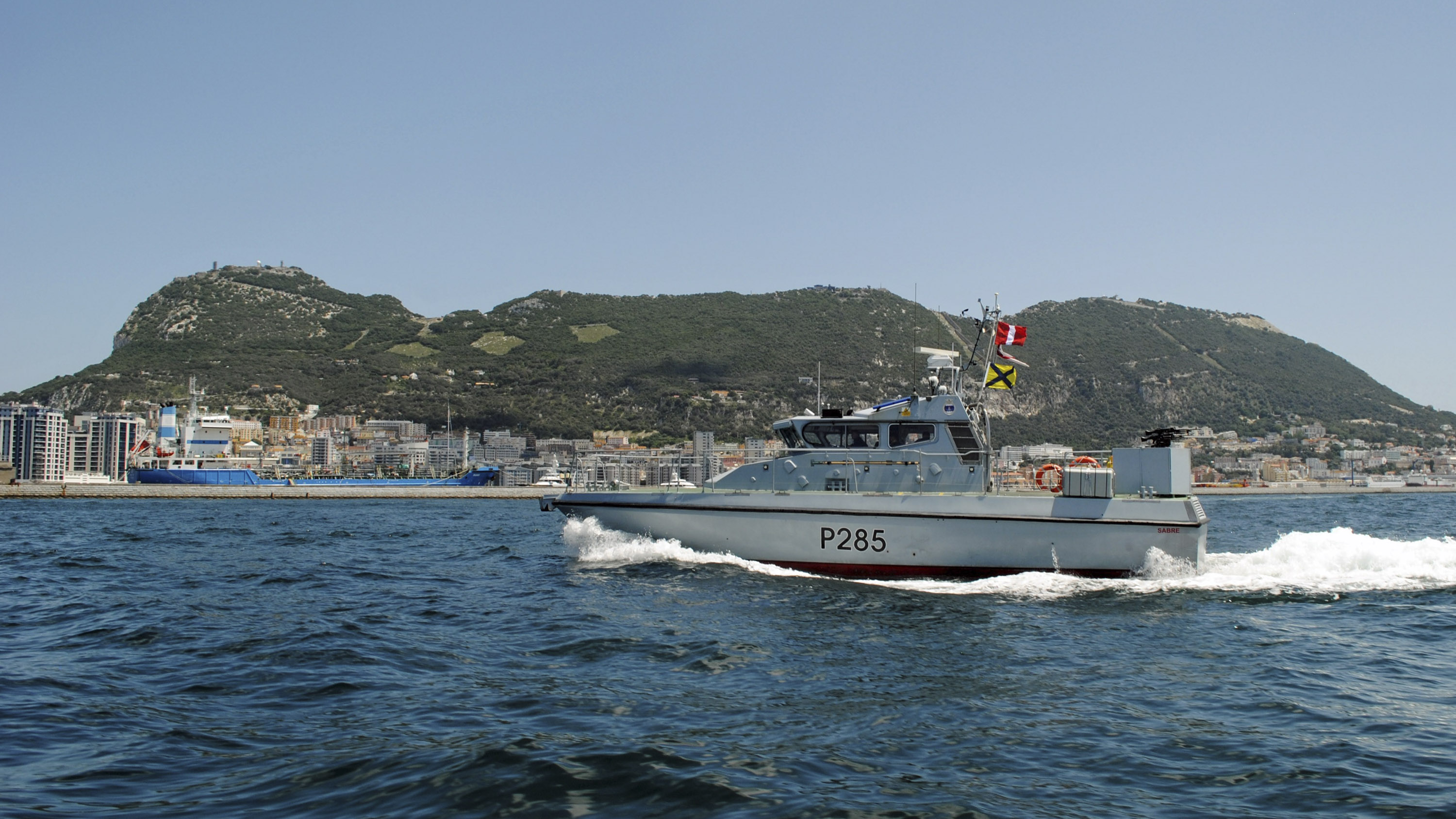 The Royal Navy Gibraltar Squadron (RNGS) also played its part in the celebrations.

Throughout the day, whilst out on patrol, HMS SABRE could be seen in British Gibraltar Territorial Waters with a flag hoist representing the 75 years since VE Day.