The Minister for Sports and Leisure, Steven Linares, said he has not ruled out placing shielding on the perimeter of the park to reduce traffic pollution. 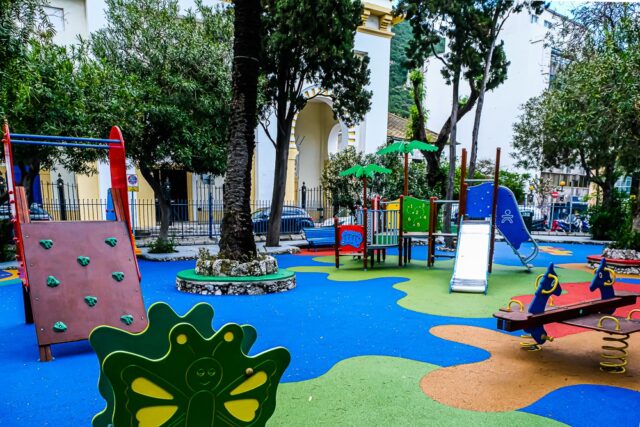 The popular park was closed recently it due to health and safety concerns, but the closure led to parents voicing their concerns regarding kerbside pollution from nearby traffic and asking that hedges be placed to mitigate this.

During a visit to the park on Tuesday afternoon Mr Linares told the Chronicle, that placing hedges around the park would be problematic.

“Due to the age of this park, we have not even touched the fences [aside from painting them] because these are the original fences that have been here for many years,” he said.

“But, having said that there could be a way in which we could do something. Maybe covering up the fences not with greenery but with some covering. But, that is an issue we can well look into.” 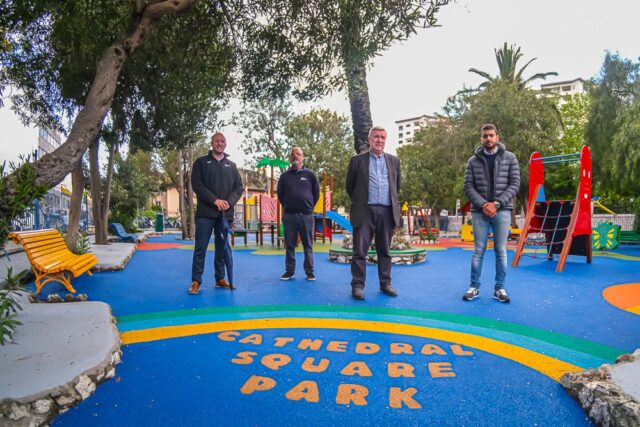 The closure of the park March followed a review of the facilities which deemed them unsafe. The park had previously been earmarked for a potential refurbishment which was delayed.

Since its closure Pascoe Holdings Limited carried out an extensive refurbishment of the park.

“This is a very historical park which has been here many many years,” said Mr Linares.

“I remember being little and coming here and I am now many years old. But the good think about this park is that it is used quite a lot.”

“Despite the fact of its location it is used substantially by young children and parents who come here.”

On the refurbishment details he noted that the whole ground area of the park is now covered in a soft rubber cushioning so that children can safely run around and not get hurt.

His ministry also liaised with the Ministry for Heritage and Environment so that all the trees in the park are looked after and that the heritage of the park was preserved. 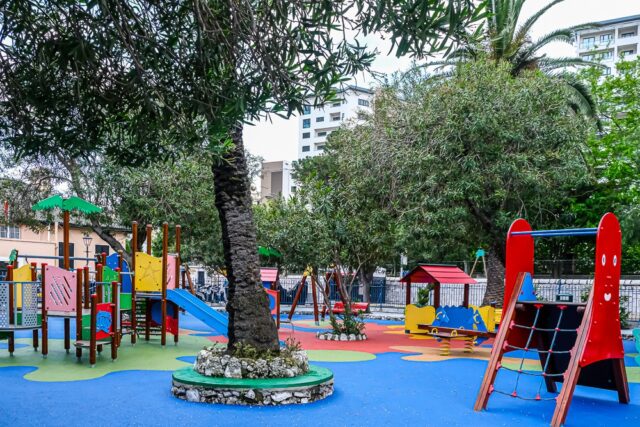 Dangerous concrete areas have been levelled off and/or removed and all the existing equipment has been revamped and reinstated including the original park benches painted in primary colours.

“When I used to pass through here I used to cringe.”

“Because it is a place where children can socialise and socialisation has not happened unless it has happened virtually through a computer.”

“This is a very important place now for children specifically to be able to interact together.”

Cathedral Square Park was one of two parks which were recently refurbished. Moorish Castle Estate Park has also received an upgrade.

Mr Linares also confirmed that the GSLA will be maintaining and ensuring all of Gibraltar’s other parks are kept up to standard.