Gibraltar national league club representatives declined to provide any comment after a meeting was held this Wednesday at the John Mackintosh Hall by members of the GFLA.
The meeting was attended by presidents and representatives of the 11 national league clubs.
It had originally been scheduled to discuss calls for a reduction of the homegrown player rules.
But the meeting came against a row over a no confidence vote against GFA General Secretary Ivan Robba, tabled in April and backed by five clubs of the eleven that make up the league.
The vote drew a furious reaction from the GFA and has caused tension within the GFLA, with some clubs indicating they want a change in the committee.
Several clubs prior to the meeting had distanced themselves from comments attributed to the GFLA and had publicly expressed their support for the GFA General Secretary.
The meeting concluded with none of the club representatives willing to comment on what had transpired inside the John Mackintosh Hall.
Prior to the meeting, John Cruz, the chairman of the GFLA, said he was “neutral” on the vote of confidence in Mr Robba, who retains the backing of both the Gibraltar FA and UEFA.
He said the GFLA had not made any public statement on the issue, although it answered GBC questions when the broadcaster broke the story of the no confidence vote earlier this week.
Some of the clubs have called for clarity on the association’s formal position on this given the vote is supported by only five of its 11 members. 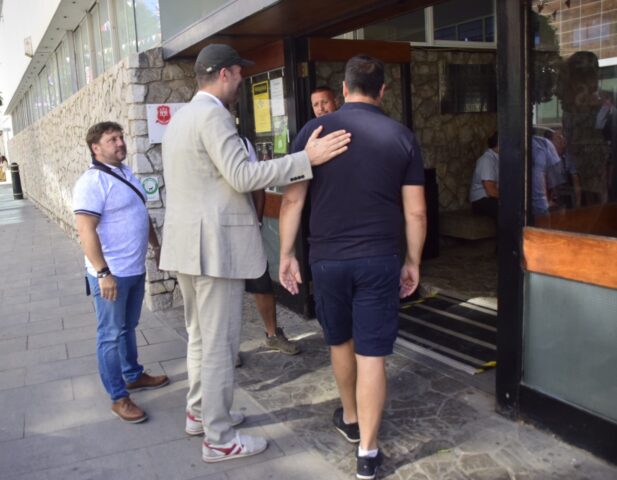