Community Care campaigners return to No.6 in second protest

The Community Care Action Group marched on No.6 Convent Place again yesterday, in its second demonstration in six months to protest against changes to Community Care introduced in February last year.

The demonstrators met in Wellington Front before marching down Line Wall to No.6, where they delivered a letter setting out their position.

The letter was received by Albert Isola, the Minister for Digital and Financial Services. The Chief Minister, Fabian Picardo, was away from Gibraltar. 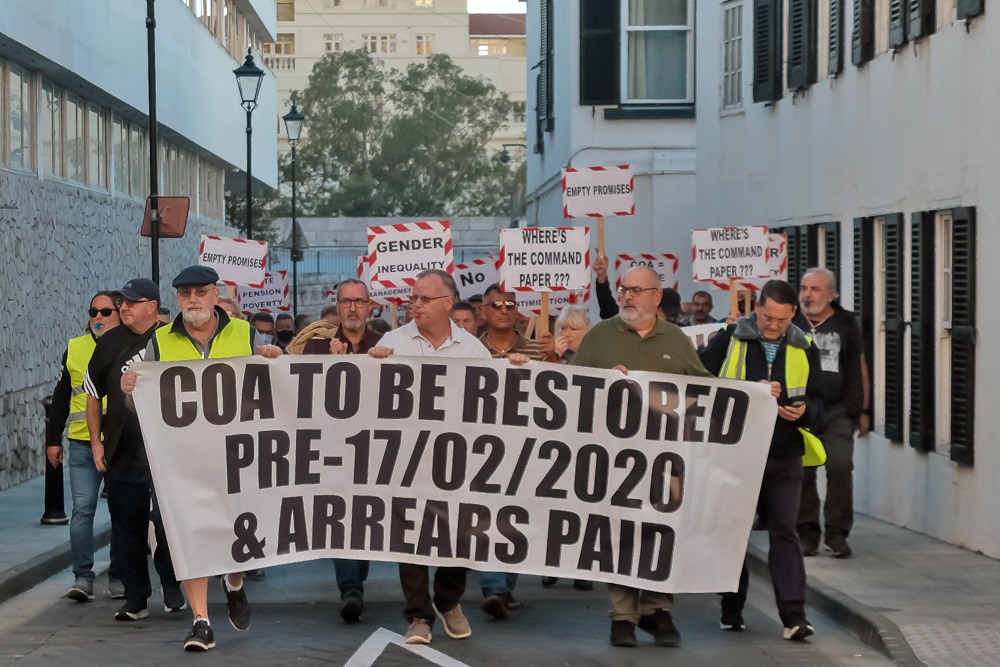 The group, which says it has yet to receive a positive response from the government to its grievances, wants the charity Community Care to reverse changes to eligibility criteria for its ‘community officer scheme’.

At the time the charity said the changes, which include means testing, were necessary to ensure payments targeted those who most need them as initially envisaged when the Community Care was first created over three decades ago.

But the changes were introduced with little warning last year and have locked out many new male applicants who would otherwise have been eligible at 60. 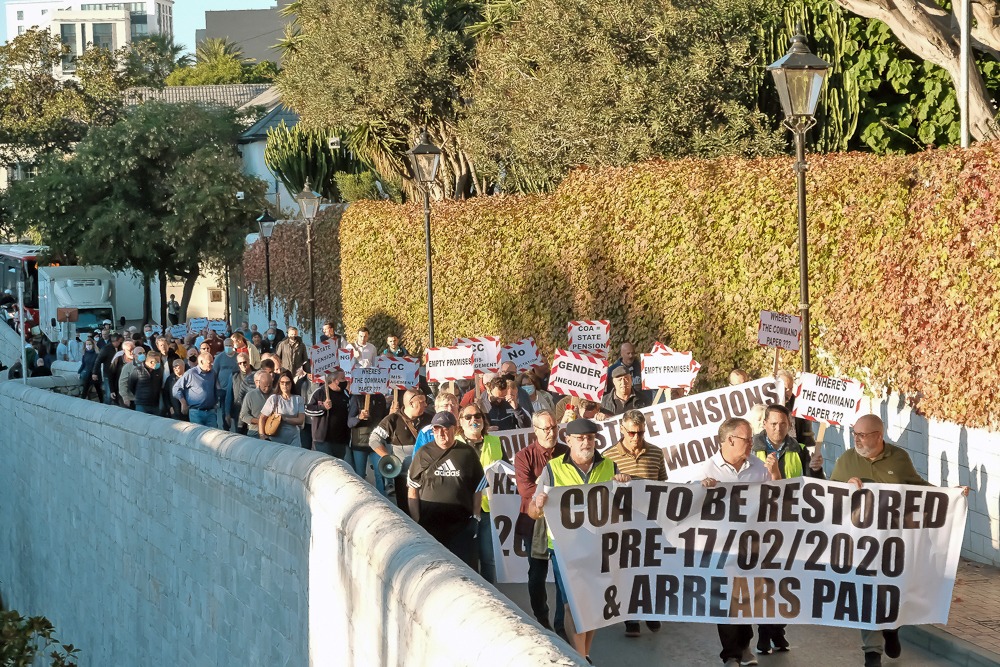 Campaigners want the charity to revert to the previous criteria and pay arrears to those who have missed out on the allowance.

They are also calling for the equalisation of the pensionable for men and women.

The Royal Gibraltar Police estimated the number of demonstrators at about 100.