Masks will become compulsory in Main Street and the town area under legislation being drafted by the Gibraltar Government in a bid to curb the spread of Covid-19.

The development was confirmed on Tuesday by Chief Minister Fabian Picardo, who also announced plans to implement voluntary random testing of cross-border workers and screening of passengers flying to and from the UK.

The new measures represent a tighter “layering” of restrictions and come against a backdrop of a surged in Covid-19 cases across Europe and stricter measures in Spain and the UK.

Speaking during a press conference in No.6 Convent Place, Mr Picardo made clear that Gibraltar must keep the rate of infection down in order to ensure the continuity of cross-border flow and the vital air link to the UK.

He appealed to the community to follow the rules, acknowledging the measures were “undoubtedly uncomfortable” but no more so than other previous situations – the evacuation, the closed border - endured collectively by this community.

And he warned too: “This is getting worse before it is going to get any better.”

Mr Picardo said the measures had been taken “very reluctantly” by the Gibraltar Government acting on public health advice, but said they aimed to avoid even tighter restrictions or the prospect of a second lockdown.

The move to legislate for masks was necessary because the public had not heeded the government’s “strong advice” to use face coverings in busy areas such as Main Street.

Last Saturday, police estimated only one in five people were wearing masks despite that advice. On Monday, the number was even lower.

Once the legislation is approved, masks will be compulsory in the area of Chatham Counterguard, Main Street, John Mackintosh Square, Irish Town, Engineer Lane, Governor’s Street, Town Range, Casemates and the lanes connecting these roads.

These are required in “areas where people can accumulate,” Mr Picardo said, adding that mask use depletes the viral load transmitted and received by wearers.

The Chief Minister played down any suggestion that the government had sent “mixed messaging” on this issue.

“We are doing this in a very specific way,” he said.

“In those areas where the mask may be valuable and we have not seen the voluntary take-up based on the strong advice we have provided, we are moving to require it by law.”

“I think people should work out by now that we are not doing absolutely anything on a whim.”

“We are trying to be as un-invasive as possible in the context of everyday life, and we are trying to take steps to prevent us from going into a second lockdown.” 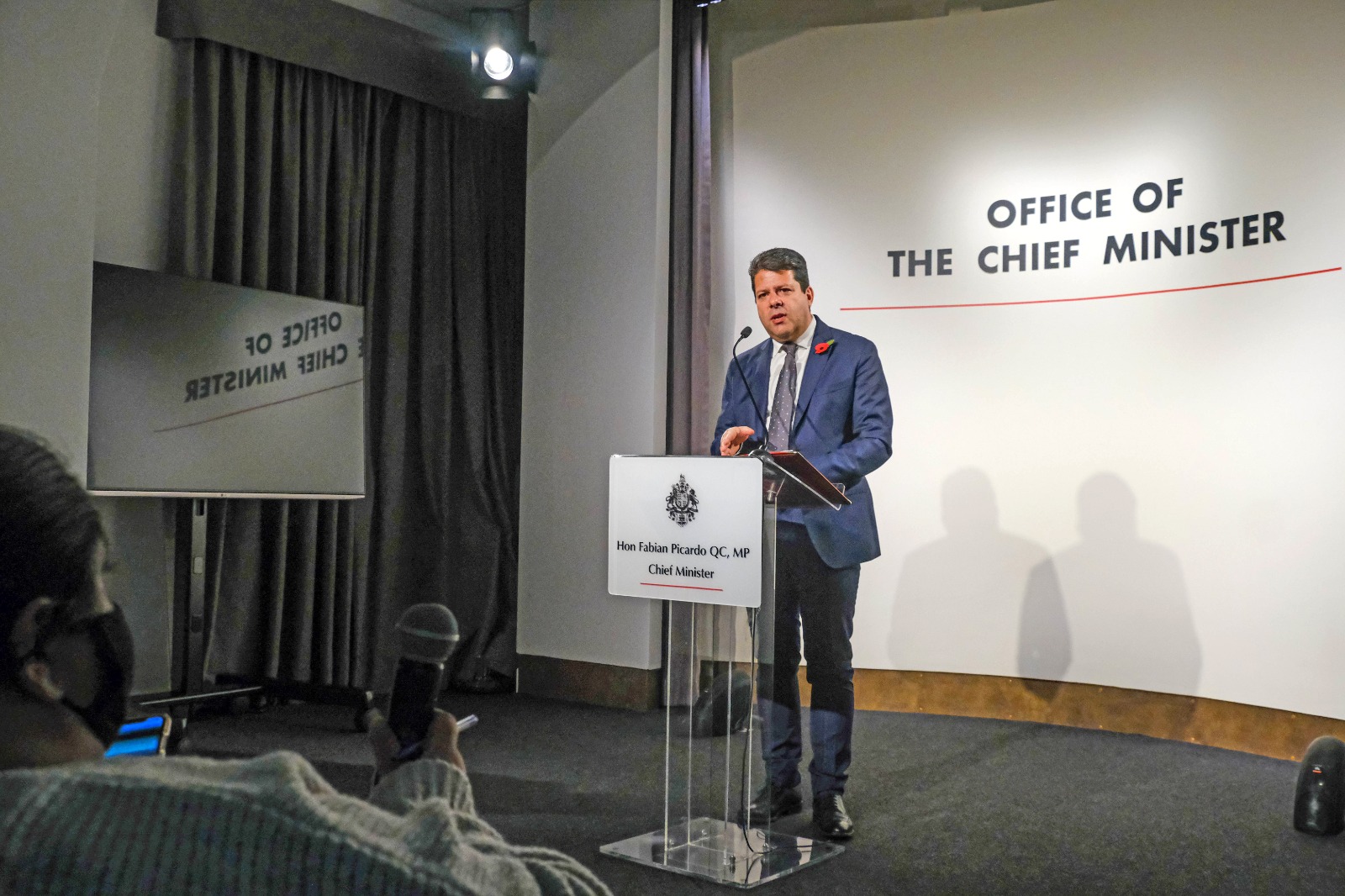 Underpinning the latest steps is the need to stem the rise in Covid-19 cases in recent days.

Gibraltar has seen a 10% increase in Covid-19 cases over the past week, with an average of 10 new confirmed cases a day.

Nine more individuals tested positive for Covid-19 yesterday although 15 also made a recovery overnight, bringing the total number of active cases up to 114.

Worryingly, there are 14 residents in Elderly Residential Services who have tested positive for coronavirus, eight people in the Victoria Ward at St Bernard’s Hospital, and one patient in the Critical Care Unit with Covid-19.

Alongside the obvious healthcare goals is a parallel aim to ensure that Gibraltar is able to maintain links to Spain and the UK and is not seen as a place where the virus is out of control.

Gibraltar is currently on the UK’s quarantine exemption list, but that situation is reviewed weekly and could change at any time.

“Every week that passes we have been successful in demonstrating to the United Kingdom that we should not be removed from the travel corridor and it is that serious.”

“People need to understand that if they become the vector for the virus, they [could] become the person that unleashes the strain or unleashes the numbers, the surge, that could lead to Gibraltar being taken off the travel corridor.”

Mr Picardo said Gibraltar must put in place measures that allow free movement of people to and from Spain and the UK, but also protect against the unchecked arrival of the virus.

At the airport, passengers will be able to take advantage of rapid testing on disembarkation, although a fee will be payable for these tests. Without them, he added, a short period of quarantine may be required.

Testing along those lines is already in place for passengers arriving from Morocco, who are also required to quarantine for five days.

And in order to provide “further comfort” to the UK, the Gibraltar Government is also looking at introducing mechanisms to test passengers travelling to the UK, to ensure those who have the virus do not fly.

Further details on measures aimed at air travellers will be announced in the coming days the Chief Minister said.

Mr Picardo left no doubt as to what was at stake if Gibraltar did not take these steps.

“Everything is connected, take nothing for granted and expect that at any time we will be in for a short, sharp, shock if numbers continue to go up,” he said.

Removal from the UK’s quarantine exemption list may affect the frequency of flights, but Mr Picardo said this should not be seen only in terms of tourism.

He said this link was about business, families, students and health care services beyond Gibraltar.

“This is about a different sort of lifeline, almost the invisible umbilical cord between Gibraltar and the United Kingdom,” he said, adding it was vital to ensure that link remained intact.

Through these measures, Gibraltar “...will be able to enhance our scrutiny of infection and quickly limit its spread,” Mr Picardo added.

“We must ensure that we do everything possible not to jeopardise that corridor by any suggestion that Gibraltar is in any way failing to address the increase in numbers of persons infected in Gibraltar.” 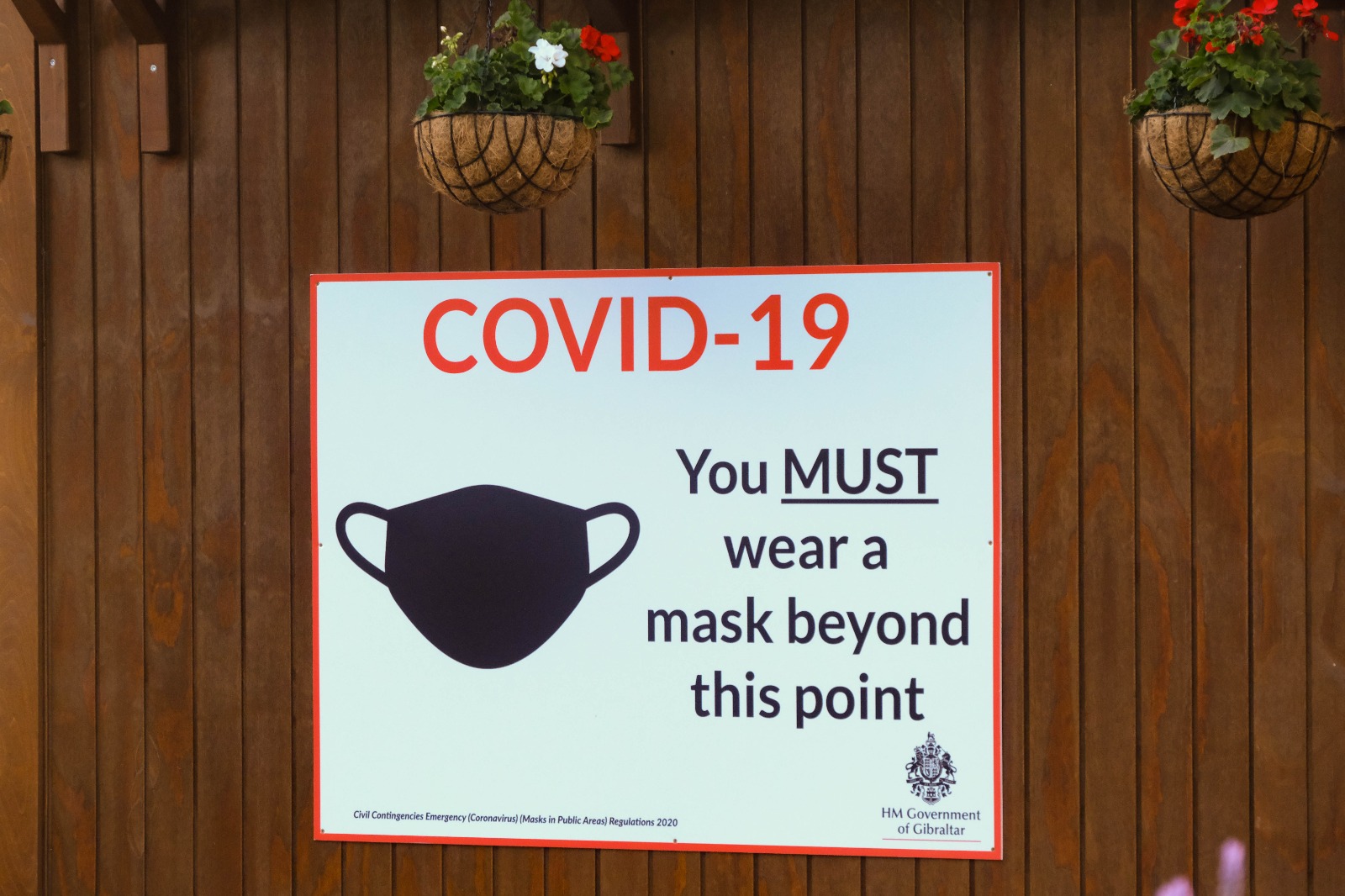 Mr Picardo also outlined measures at the border to establish the prevalence of the virus coming in from Spain.

He said cross frontier workers eligible for GHA care would be offered random testing as they walked across the border.

“This facility will not be at the frontier but a little distance away from it in order not to create any unnecessary queues,” he said.

Gibraltar must ensure it does everything so that passage across the frontier is not restricted “as a result of any suggestion that Gibraltar is in any way failing to address the increase in persons infected in Gibraltar."

Legislation will be passed prohibiting loitering in the Chatham Counterguard area between 11pm and 1am on Thursday, Friday and Saturday, a response to challenges faced by police officers in moving people on after bars close.

The Chief Minister said he hoped he would not be seen as “a killjoy” or the “Grinch that stole weekends and Halloween”.

And in a message to Gibraltar’s youngsters, Mr Picardo said they “hold the key”.

The importance of the measures in protecting the elderly and Gibraltar’s most vulnerable citizens was brought into sharp relief by developments in the Elderly Residential Services.

Fourteen ERS residents at the John Mackintosh Wing have tested positive for Covid-19, with an age range of 64-year old to 101-year old.

There are a further seven residents in isolation in the John Mackintosh Wing, together with one at Mount Alvernia, three at Bella Vista, and three at the Trafalgar Wing at Hillsides.

Mr Picardo said two members of GHA staff have tested positive for Covid-19, while 19 members of staff are self-isolating.

Meanwhile at the Meddoc-run ERS facilities, 12 members of clinical staff have tested positive for Covid-19 while 29 are currently in self-isolation.

“We are pretty certain, from the contact tracing done that the ERS infection came in via a visitor to the John Mac Wing,” Mr Picardo said.

The remaining residents in John Mackintosh Wing will be transferred to Bella Vista on Friday in order to “safeguard and quarantine them”.

And as Gibraltar’s healthcare services brace for a difficult winter, Mr Picardo confirmed that the mothballed Nightingale Ward is now able to reopen within 24 hours if the Gibraltar Government declares a major incident for Covid-19.

Hospital staff from different parts of the GHA will staff the ward, although the Gibraltar Government is also in the process of recruiting a cohort of nurses from the United Kingdom who will be ready to come over to Gibraltar if necessary.

The Chief Minister announced too that the UK had confirmed it would supply Gibraltar and the other overseas territories with the Covid-19 vaccine once it becomes available.

“This once again demonstrates the UK’s continued commitment to support Gibraltar in these times of adversity,” he said.