By Sarah Marshall
Wrapped in white muslin and bound with ropes, a corpse lies in one of Kabala's few tarmacked roads, like a human-shaped parcel ready for delivery to the next life. Dipping the wiry fronds of a bull's tail into a calabash filled with medicinal waters, a witch doctor chants as he performs a resurrection ceremony to a spellbound crowd.

But as his jester's hat jingles comedically beneath a tide of woven seashells, while a funk band belts out afrobeats, I begin to wonder if this magical masquerade is less David Blaine and more Paul Daniels.

Next up, a contortionist climbs into a cardboard box lined with palm leaves, emerging to swallow a plate of broken glass, while a young boy scraping his tongue with a razor blade completes this theatre of the grotesque. 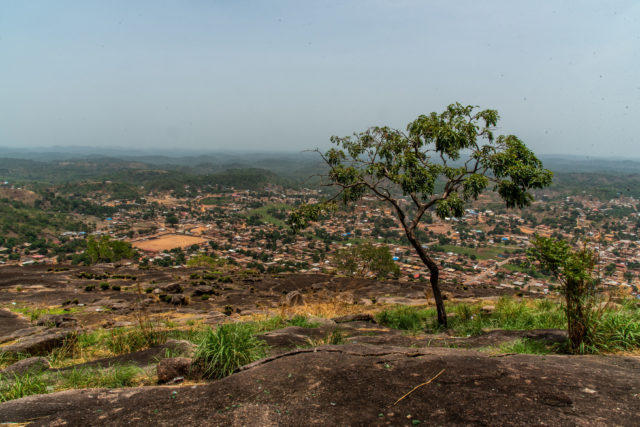 Surreal and macabre - with a nod to voodoo, this show from the Council Of Traditional Healers celebrates Sierra Leone's miracle makers, but even they were defeated by this West African nation's troubled past.

Meaning 'Lion Mountains', the country earned its name from 15th century Portuguese explorer Pedro da Cintra, who was inspired by roaring thunder and the feline features of its rocks. But today, those words have very different connotations: Sierra Leone is synonymous with Ebola and civil war.

"We are coming from a very stressful past, but we have moved beyond that," says minister of tourism Madam Memunatu Pratt, who is leading a new campaign to kickstart tourism. "Now we have an opportunity for the real story of Sierra Leone to be told."

Currently, the country has under 75,000 visitors per year, and the only connection with the UK is a costly flight via Brussels. Yet a wealth of wildlife, culture and historical interest presents great potential, not to mention its greatest attraction: the people. 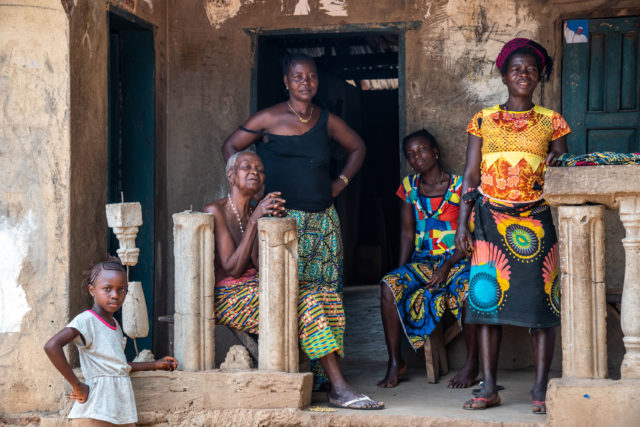 When I arrive in Kabala, a mountain-fringed town in the northern province, elders from the chiefdom have gathered to welcome me with a traditional offering of kola nuts.

"He who brings kola nut, brings life," says one robed dignitary, as we sit on a veranda. Stifling a smile as I chew on the bitter, moisture-sucking pellet, I reach the conclusion that life here is hard.

Once a blessing has been given, I climb Gbawuria Hill, a steep 45-minute ascent from the chief's house. On my approach, lithe, wide-eyed women peer timidly from their porchways; crumbling faux-Corinthian columns propping up their collapsing buildings evidence both colonial influence and the savage realities of war.

Every New Year's Eve, hundreds of people clamber through forests to reach these rocky outcrops, explains tourism student Kalie Marah, who is my local guide. "They drink palm wine, light fires, and perform tricks to turn pieces of clothing into snakes and fowls."

There are 190 diverse chiefdoms in Sierra Leone, but they all share a love of spectacle - a fact further demonstrated during my visit to Kambama village at the opposite end of the country.

As part of a bizarre welcoming ceremony, an enormous haystack dangling rainbow pom-poms swirls and dips his head in my groin, and toddlers with enviable natural rhythm stomp and sweat to a thumping drum. But when the chief - dressed in a torn singlet and toe-peeping wellies - arrives, brandishing a bowl of kola nuts, I know it's time to move on. 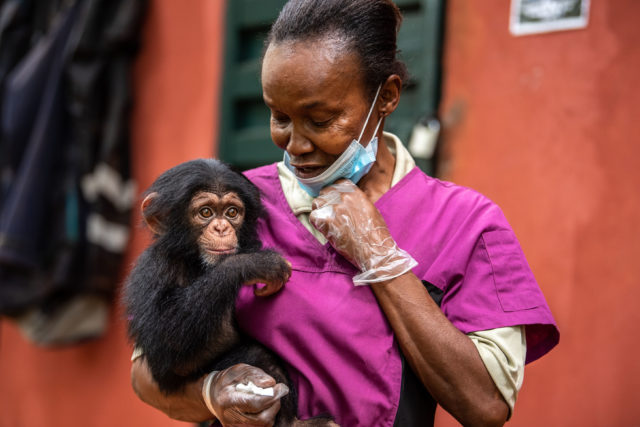 Set on the Moa River, Tiwai island - a 10-minute boat ride from Kambama - is one of Sierra Leone's most important ecological sites, managed by NGO EFA (The Environmental Foundation For Africa) and eight surrounding communities. Measuring just 12 square kilometres, it's a habitat for rare pygmy hippos and 11 primate species - the highest density in the world.

Seeing them, however, is a challenge.

After camping the night in a dome tent on a concrete platform, I head out at 5am for a guided forest walk, listening for the whistling call of a red-chested cuckoo, a bird revered by villagers during the Civil War for its ability to raise the alarm when rebels were advancing.

Another A-list avian is the endemic white-necked picathartes, a rockfowl which attracted David Attenborough to the nearby Gola rainforest in 1968. That evening, back in camp, I meet two avid birders who gush about Sierra Leone's potential to rival Gambia and Ghana as a wildlife tourism destination; but with only seven trained naturalists in the country, there's a lot of work to be done.

A vast expanse of pristine rainforest, Gola is one of the best protected parks in West Africa, but elsewhere in the country, deforestation has scarred the landscape and piles of deep-fried monkey limbs sold illegally at roadside markets indicate a bushmeat trade is still rife.

To be fair, over the last few decades, the country has been facing more pressing priorities. 'Don't Touch Dead Bodies To Prevent Ebola', reads one weathered sign on the side of a pot-holed road.
In 2014, an outbreak of the fatal disease claimed thousands of lives, and although eradicated from the country two years later, the psychological impact has taken longer to heal.

"We couldn't even hug each other," explains tourist board official Kai Bockarie Saquee, explaining how hard it was for a famously tactile population to cut all physical contact. "At times, we felt abandoned by the rest of the world."

Mineral mines in the eastern Kono district, meanwhile, are a reminder of the country's battle with blood diamonds. Although prospecting began in the 1930s, the discovery of the 968.9 carat 'Star Of Sierra Leone' in 1972 sparked a dream which ended in nightmare, when greed and power struggles led to civil war from 1991-2002.

Many sites are now operated by community collectives, with funds invested in schools and clinics rather than warfare, although work is tough, rewards are slim, and Sierra Leone remains one of the poorest countries in the world - ranking 184 out of 189 countries in the Human Development Index.

Eager to make a fresh start, the government recently replaced the diamond with a chimpanzee as the nation's logo, a decision announced when superstar primatologist Jane Goodall visited the Tacugama Chimpanzee Sanctuary earlier this year.

On forest slopes outside capital city Freetown, I meet irresistibly adorable Caesar, one of several critically-endangered chimps orphaned by poaching incidents. He clings and cuddles his surrogate mother Mama P, who I quickly decide has the world's best job. There are currently 89 residents of all ages in Tacugama's care, and although the intention is to eventually rewild the primates, sadly, for now, no viable sites have been found.

Beyond the sanctuary, this area boasts dreamy white sand beaches, which is where Sierra Leone plays its trump card - from the rustic Robinson Crusoe seclusion of the Banana Islands, to the upscale elegance of The Place resort on Tokeh Beach, where couples sip sunset cocktails while fishermen return in painted vessels optimistically christened 'In Jesus' Name' and 'Life Goes On'.

Sunbathing, however, is far from thoughts on Bunce Island, once the centre of an 18th century slave trade, shipping tens of thousands to the cotton fields of America. The curved buttress roots of kapok trees have since overpowered ruins of a fort, visited by many Afro-Americans seeking resolution with the past.

Chains now lay empty, yet in many ways Sierra Leone is still unfairly shackled by prejudice, and no matter how many Houdini tricks witch doctors can perform, those binds are hard to break.
But, albeit a rough cut, this country is a diamond in the making. So isn't it about time we unlock our own minds and throw away the key?
(PA)

‘Shaken to the core’, CM mourns ‘worst loss of life in a century’ and warns death toll will rise

Coronavirus variants: how did they evolve and what do they mean?

Feeding the world while saving the planet a 'difficult' balancing act