Organised crime groups are filling up vehicles legally at petrol stations and later syphoning the fuel into canisters for delivery to drug trafficking vessels, the Royal Gibraltar Police said on Friday.

The RGP offered the insight into the illicit trade in fuel after police found a large stash of fuel containers and a syphoning machine in a lock up garage on Thursday afternoon following a tip-off from the public.

Uniformed officers arrived at Willis’s Road Car Park by the Moorish Castle just after 2pm and found 96 empty fuel containers, a large syphoning machine and various plastic tubes, all of which were all seized. 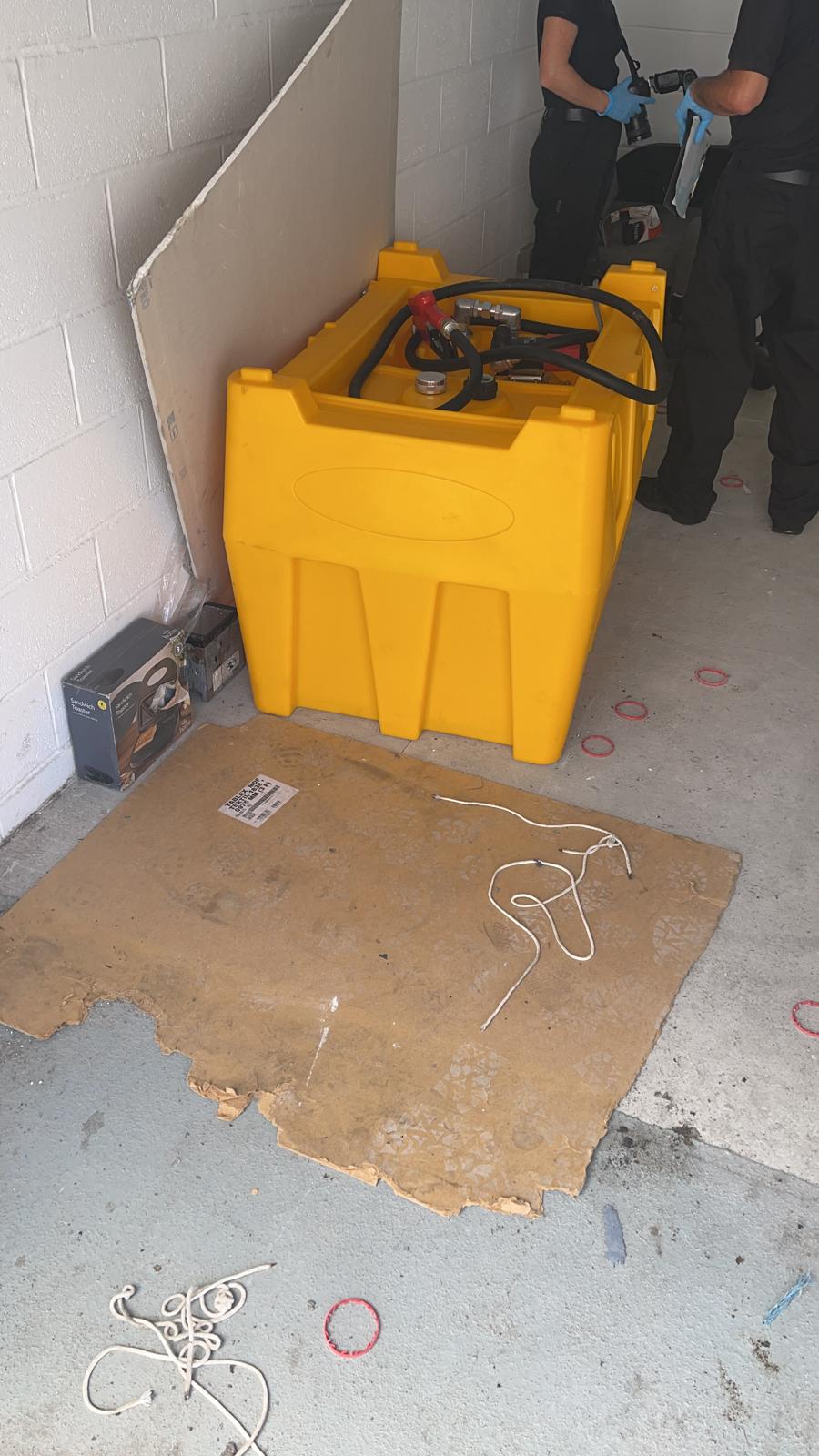 “The seizure of a syphoning machine confirms our suspicions that organised crime groups are filling up vehicles legally at petrol stations, and then syphoning the petrol out of the vehicles into fuel containers,” a police spokesman said.

“We reiterate that storing fuel containers like this is highly dangerous and a risk to the public.”

“We ask members of the public who see large quantities of these fuel containers to contact us anonymously.”

“Not only is this helping us to tackle organised crime and the drug trafficking trade, but it’s helping to keep Gibraltar safe.” 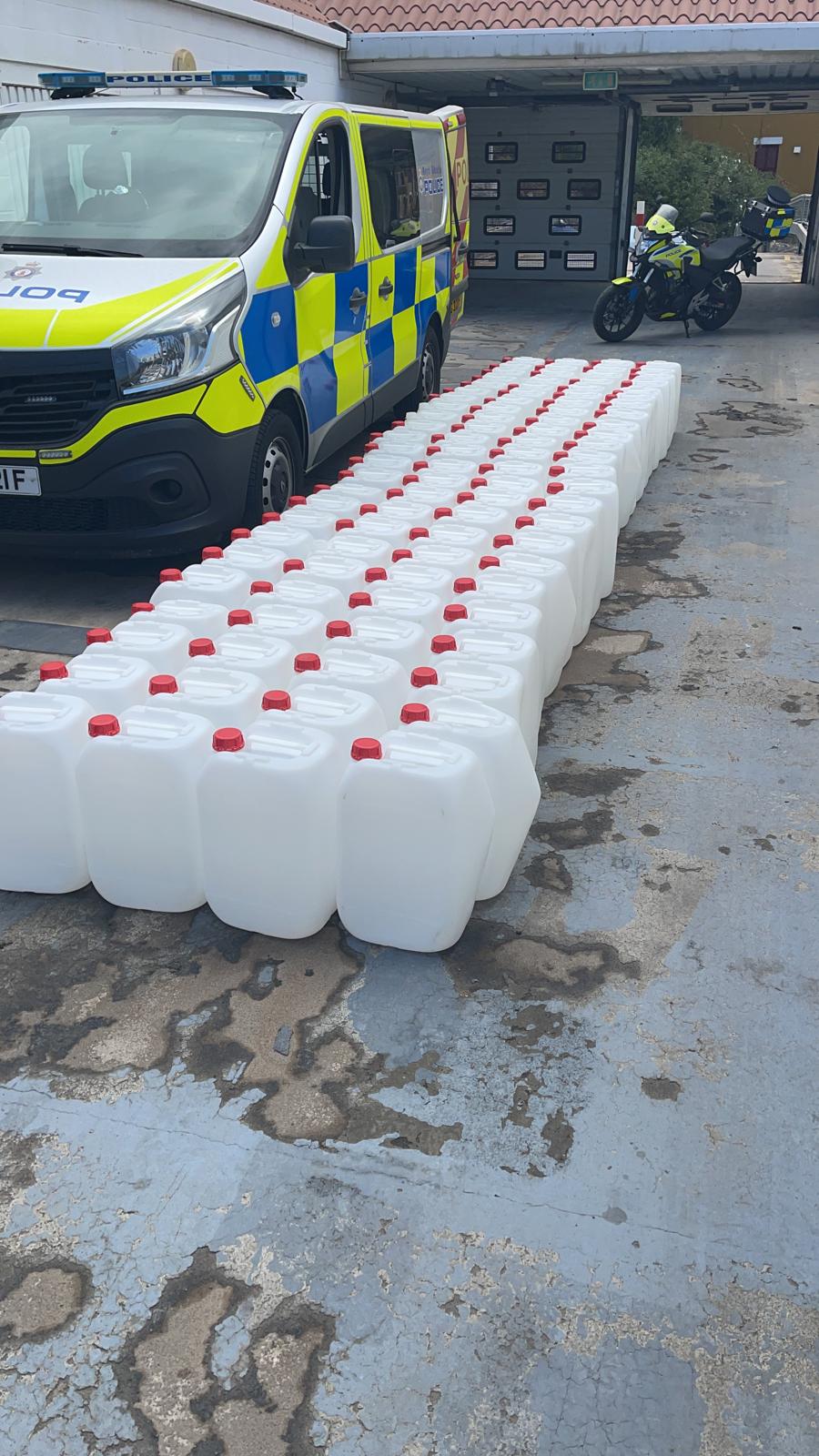 The spokesman added that fuel containers like these pictured are often taken out to sea to refuel rigid-hulled inflatable boats of the type used by drug traffickers.

Yesterday, the garage was examined in detail by a team of Crime Scene Investigation detectives.

Last night, a local 56-year old man was arrested on suspicion of being knowingly concerned with the importation of a controlled drug.

An investigation is ongoing.

And in a separate incident on Friday, police seized yet another haul of full fuel containers thanks to another tip-off from the public.

On this occasion, 39 canisters of fuel valued at £975were discovered hidden behind a wall on Calpe Road. 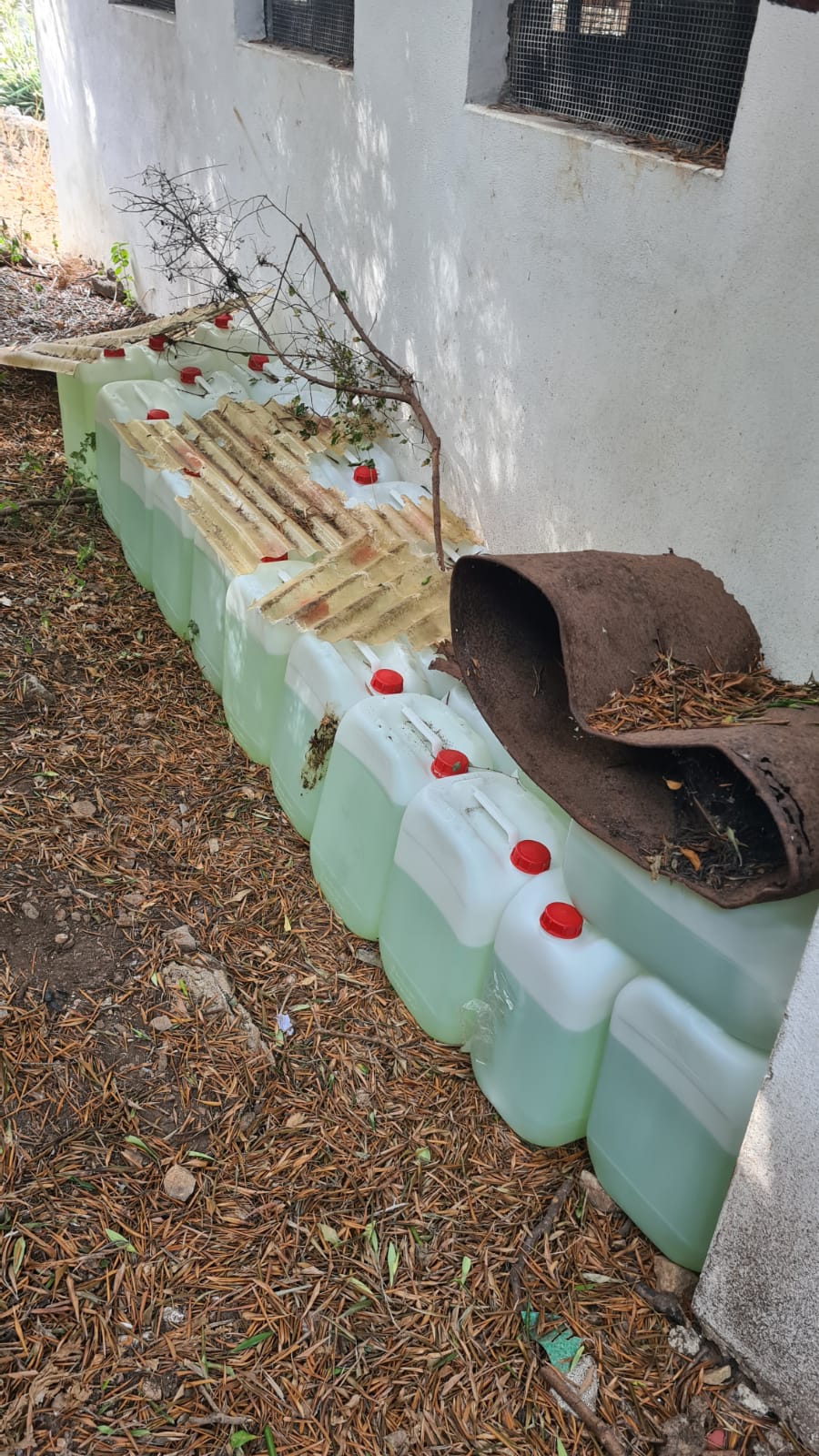 The fuel containers were found just a few hundred metres from the lock up garage where officers discovered the empty fuel containers and large syphoning machine on Thursday afternoon.

“Once again we’d like to thank the public for alerting us to a highly dangerous stash of fuel containers,” a police spokesman said of the second stash.

“This is a huge risk to public safety and we encourage people who see large quantities of these fuel containers to contact us anonymously.”

“Not only is this helping us to tackle organised crime and the drug trafficking trade, but it’s helping to keep Gibraltar and its citizens safe.”

Anyone with any information should contact the RGP on 200 72500 or 199 in an emergency – or report it online at www.police.gi/report-online

Government IT workers walk out in dispute over cybersecurity roles

‘Now and Beyond’ initiative in local schools