Covering a distance of 600km, six men will clip on their cleats, don their lyrca and cycle from Lisbon to the Rock in four days, all for Autism Support Gibraltar and ActionAid.

The team is comprised of Louis Hook, the architect of the challenge, alongside Ian Howes, Michael Vella, John Licudi, Jimmy Alcantara and Jason Galton.

The men will travel up to Lisbon, Covid-19 allowed, on Wednesday October 7. The following morning they will start the ride, they will be in the saddle for 170km and climbing 1270m on the first day as they pedal their way to Castro Verde. This will be the longest stage.

No sooner will they start out on their journey from Lisbon that they will have to get off their bikes and catch a ferry. They are legally not allowed to cycle across the bridges that take you south of the capital city.

Approximately 40km later they need to do the same to cross another river.

“I wanted to do only 150km but the hotel that I wanted was full so I have had to take it a bit longer on that first day.”

For added safety, there is a nominated rear rider for each stage and they will wear a luminous vest.

“The strongest rider would usually be in front and, depending on what the terrain is, we will just rotate as and when needs be,” said Mr Howes.

They will take a break every 50km or so, be it for breakfast, lunch or snack. Mr Howes points out that this is not a race based on speed but it is about endurance and completing the required distance. They aim to arrive at their hostel by 5pm each day. 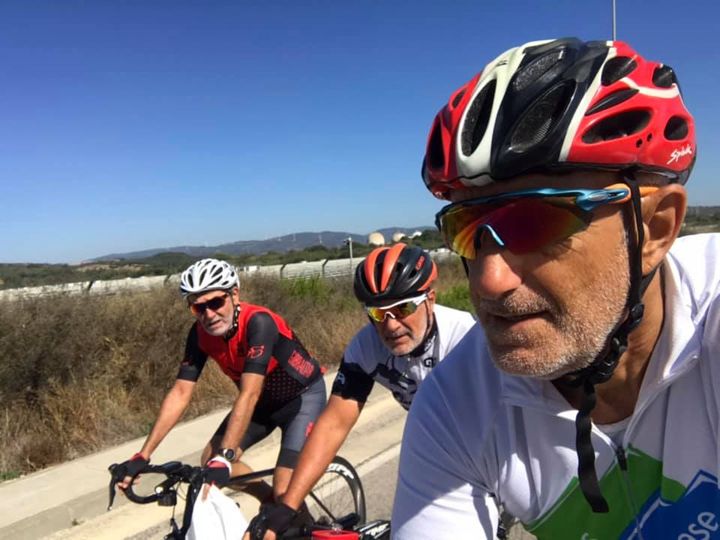 The second day will be 135km with a 1,350m climb to Trigueros in Spain. The third day is their shortest day in the saddle at 128km where they will pedal their way to Utrera just outside of Seville. Mr Howes describes this as flat with “only a 740m climb.”

“The only issue we could find there is that we are going through one of the national roads in Spain, the one from Seville to Cadiz, and, if it is a strong easterly wind, we will be getting the wind. So it is case of staying in the hard shoulder,” said Mr Howes.

On the last day they will cycle 147km to Gibraltar. This will bring them their biggest climb at 2,000m.

The men have been in training for the challenge for a number of weeks and have aimed to replicate the various stages, including cycling two days in a row, when normally they would have a rest day.