The Dakka Marrakchia band, who form part of the Tangier exchange, entertained young people at the Youth Centre including members of the Joyful Riot choir on Tuesday evening. 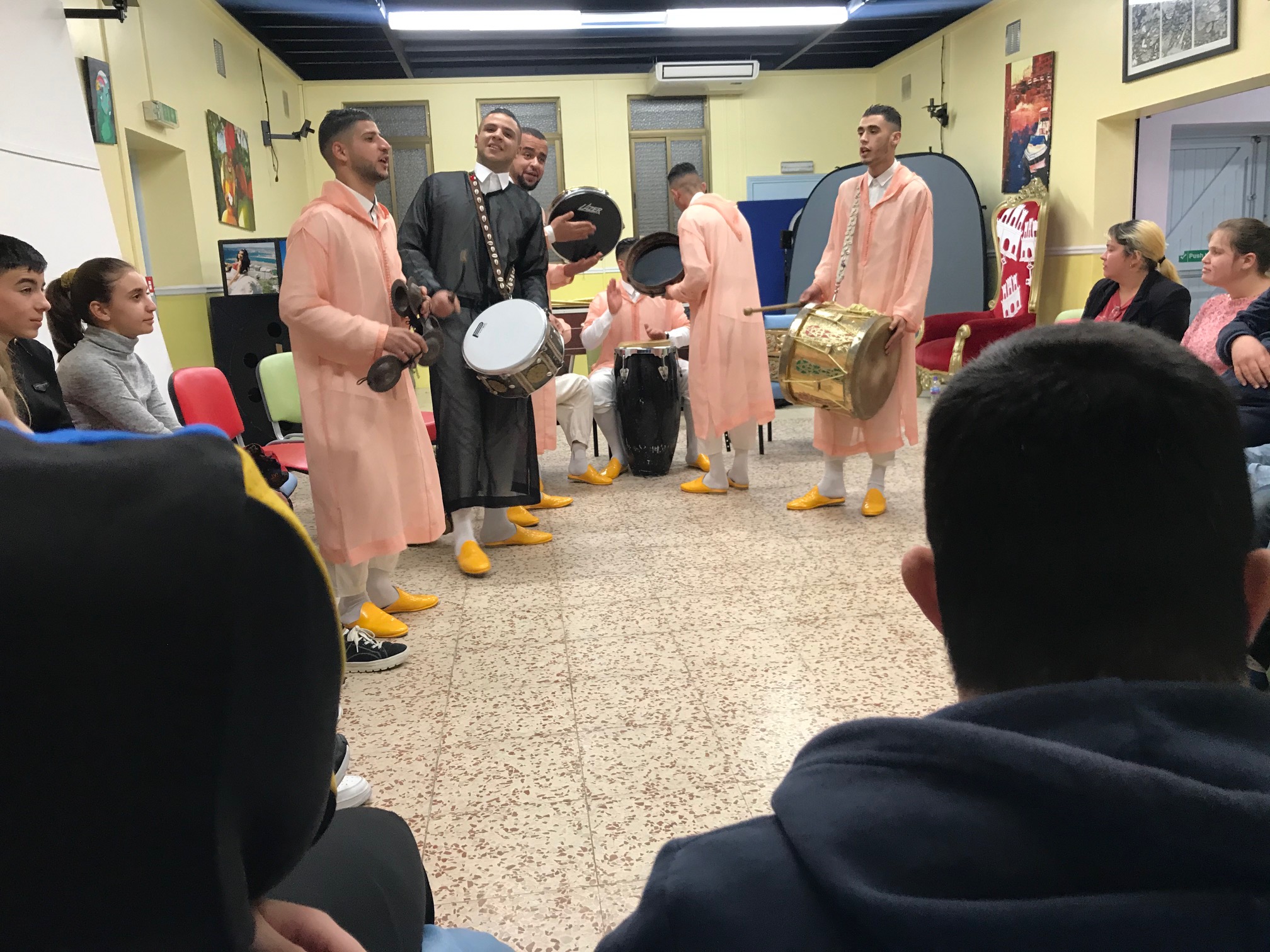 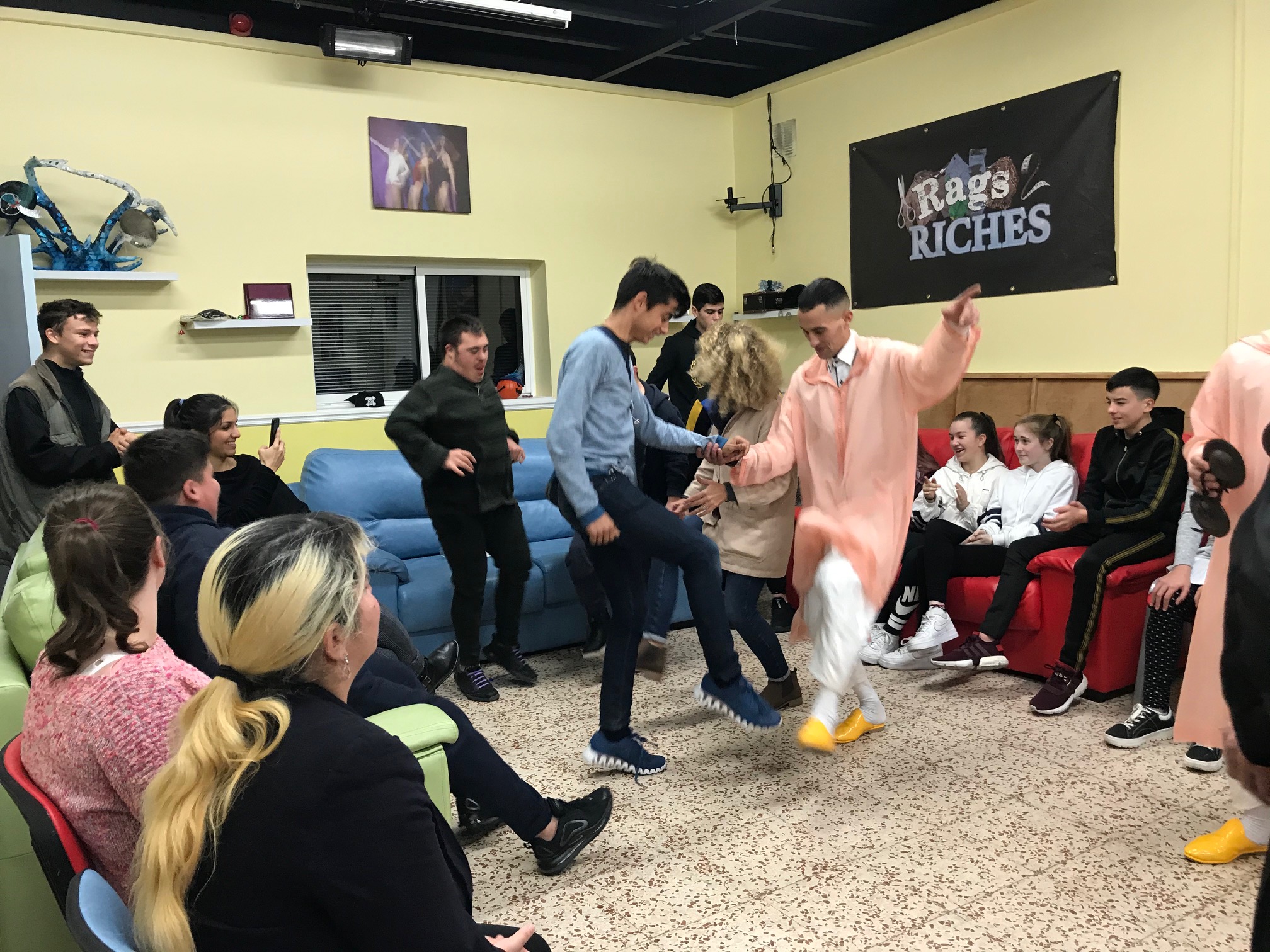 The group received a warm welcome at the centre where their energetic musical performance had people clapping along as well as dancing with the band members.

During a short break the young people were given the opportunity to play one of the drums and were given a brief tutorial on how to do so. As they played their peers joined in clapping. 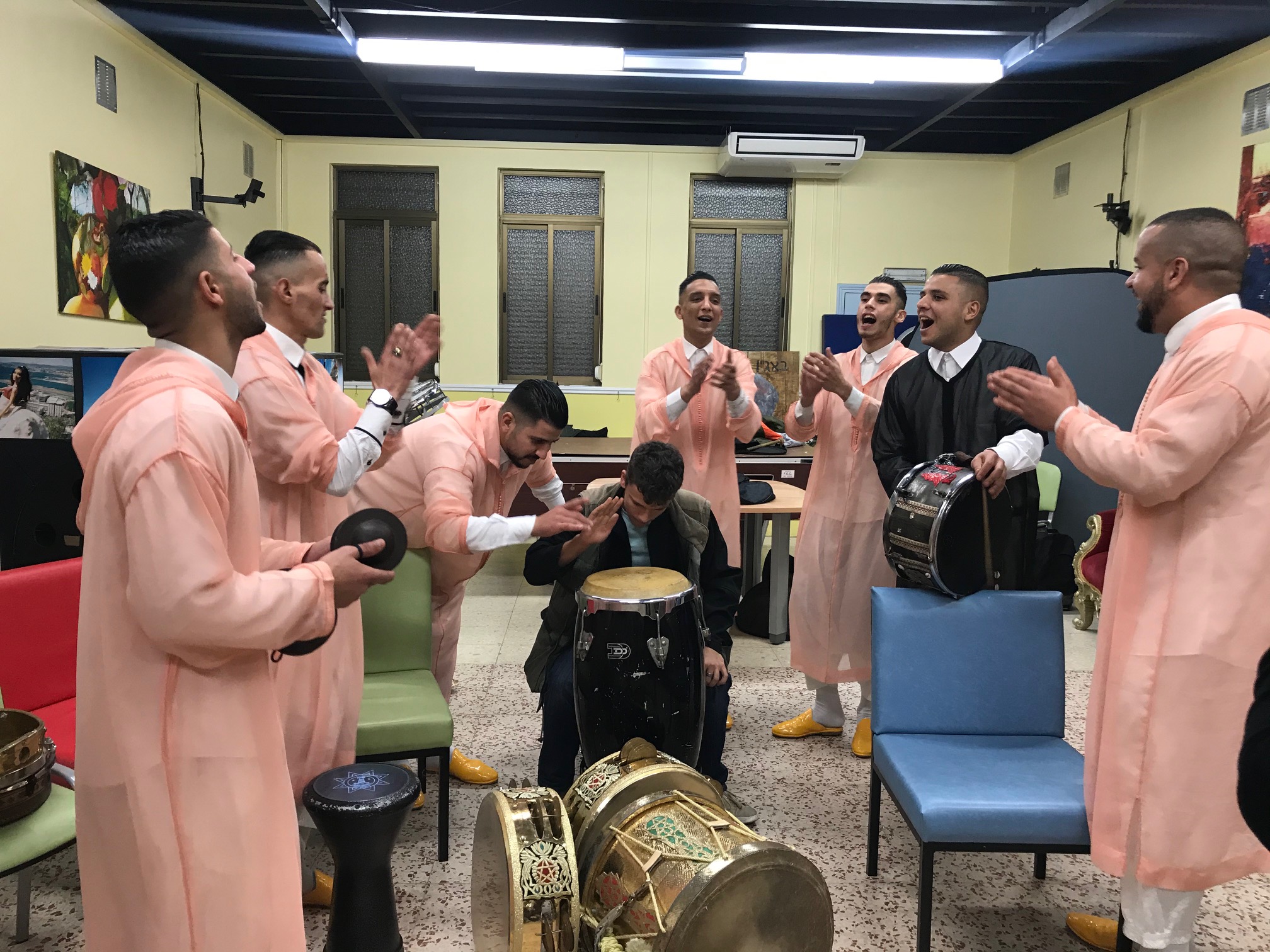 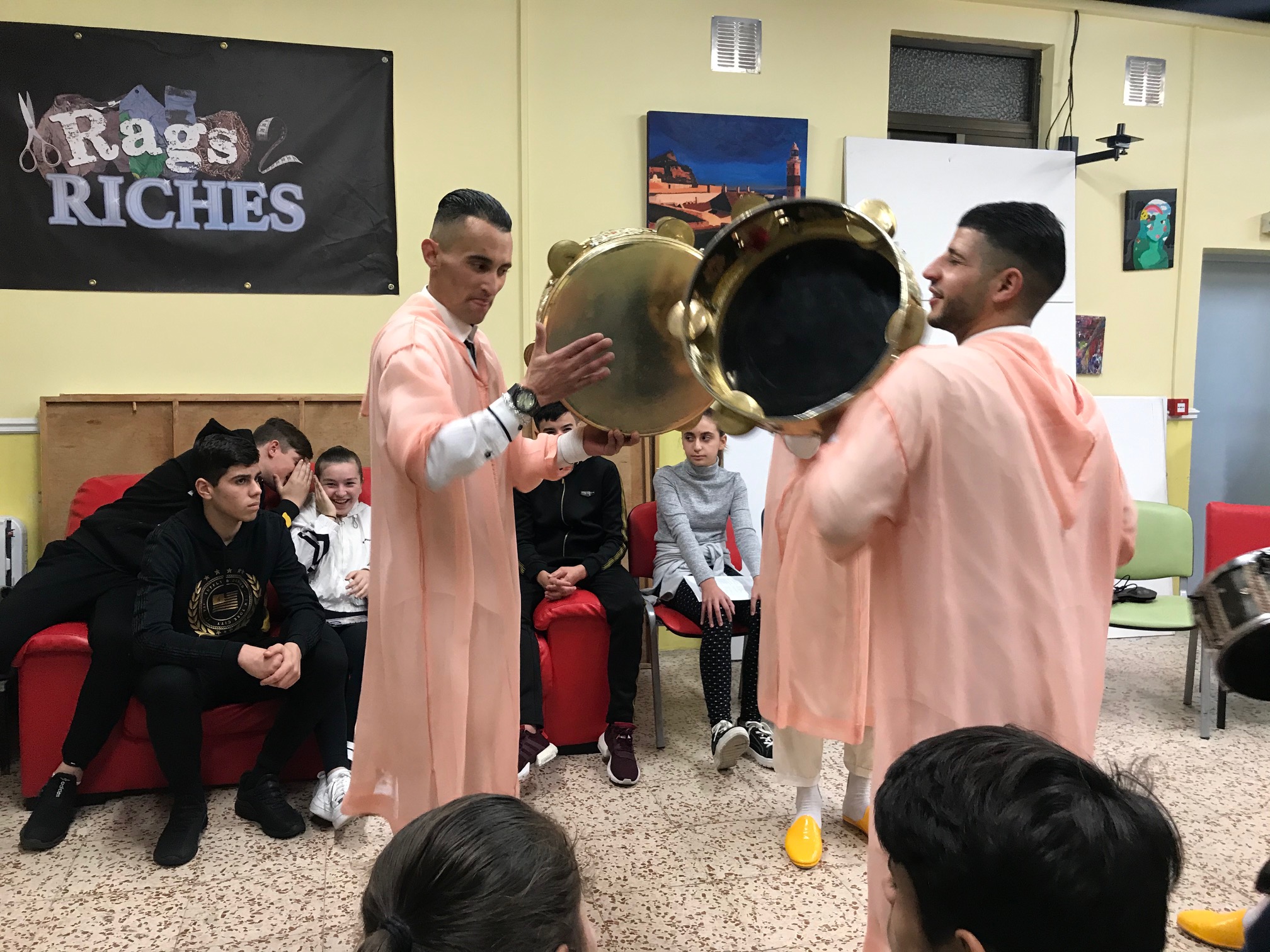 Typical local food was also provided to the band, who tried some items they would not have eaten before.