Decca records at 90: how music's great survivor is still somehow topping the charts

When you think how much has happened in the music business since 1929, it's a miracle Decca still exists at all.

There was shellac, then vinyl, then cassettes, then CDs - not to mention the huge changes that have come with the shift to digital downloads, streaming and YouTube.

For a company that launched with a pressing of a choral work by Delius, this reads like a 90-year minefield - especially in music, where fortunes rise and fall with the tides and labels can come and go just as quickly as the starlets that sustain them.

But Decca is a survivor. With this year marking the label's 90th anniversary, we combed through the archives to see how it happened...

Down the decades, Decca survived by spreading its net wide, and refusing to limit the horizons of its engineers. Take Decca Radio and Television, set up in 1938 to manufacture receivers, which went on to play an unexpected role in the Allied war effort.

After some haggling with the admiralty, chief radio engineer Harvey Schwarz designed the Decca Navigator - an early form of GPS that played a crucial part in mine-sweeping and landing operations around D-Day. Developed in secret, it was entirely free from German interference.

Musically, Decca were similarly versatile, and kept a finger in every genre. During the heady highs of the 1960s they handed the Rolling Stones their first contract, while subsidiary label Deram snagged a young David Bowie.

They cornered the market for classical and opera, and legendary conductor Sir Georg Solti spent half a century as a Decca-exclusive artist.

In 1969, Decca gave Tim Rice and Andrew Lloyd Webber their big break, with the first pressing of Joseph and the Amazing Technicolor Dreamcoat, while the label dabbled extensively in jazz and spoken word too.

Before we start sounding too starry-eyed though, let's remember that Decca also chalked up what must, in retrospect, be one of the worst business decisions of all time...

In 1962, four fresh-faced Liverpudlians pitched up and recorded a 15-song audition. They were sent on their way by studio execs because "guitar groups are on the way out" and the band "had no future in show business".

Decca has written itself into the annals of music history, but it will always be the label that turned down the Beatles.

Decca's beginnings actually hark back to the early-1800s, and have absolutely nothing to do with music. 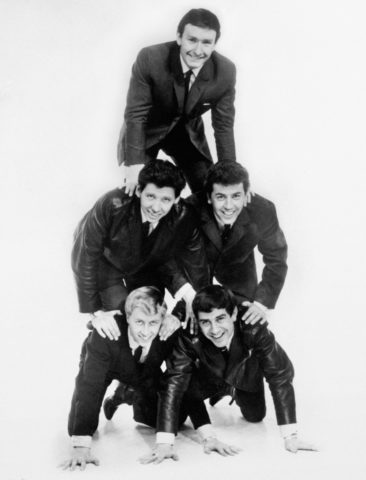 Barnett Samuel & Sons was founded in Sheffield in 1832, manufacturing tortoiseshell doorknobs, knife handles and combs. Family connections introduced the fledgling company to the musical instrument business, and by the late 19th century it sold banjos, pianos and other music-makers in markets up and down the country.

In the 1900s, the company expanded again, this time into portable gramophones. The name Decca was coined in 1914 by one of the many Samuel sons - a nickname and then trademark for the Dulcephone, a robust, affordable record player.

By the mid-Twenties, gramophones were at the peak of their powers and the Barnett family decided time was ripe to float their company on the London Stock Exchange.

After a barnstorming opening, Decca attracted the attentions of 28-year-old stockbroker Edward Lewis, but his astute observation that "a company manufacturing gramophones but not records, is like one making razors but not blades" fell on deaf ears.

Not to be deterred, he threw together a syndicate, bought out the directors, and founded the Decca Record Company. He would oversee its progress for the next 50 years.

Decca's early years were turbulent, and Lewis' greatest achievement was just keeping the company afloat. 1929 was not an auspicious year to launch, and Decca had to slash prices to the bone to survive the aftershocks of the Crash.

After a brush with bankruptcy, Decca soared under Lewis' tutelage, and the musical nous of record manager Jack Kapp. Signings included Cab Calloway, Al Jolson and Bing Crosby, whose classic crooner White Christmas would go on to become the bestselling single of all time.

Lewis achieved a major strategic goal with the opening of American Decca in 1934, but his plans were plunged back into the mire by the Second World War. His house was hit by a parachute bomb, while his radio engineers used their considerable talents on Decca Navigator.

However, after the famine came the feast, and the post-war boom sent Decca's stocks skyrocketing. The economy recovered, Decca Navigator proved eminently marketable, and company technicians turned their attentions back to sound.

Their first recording in stereo completed testing in 1953 and was on the shelves by '58, sandwiching a string of mega-hits like Bill Haley's Rock Around The Clock.

Swinging in the Sixties
Ironically, turning down the Beatles ushered in a golden age for the label (though we'll chalk that up to correlation rather than causation). The Stones signed in '63, Tom Jones in '64, and '65 saw five Decca albums at number one in the first four months. Bowie and Cat Stevens followed in '66, and in '67 another spate of chart-toppers by Engelbert Humperdinck and Procol Harum.

It was too good to last. The Rolling Stones dealt the first blow, upping sticks in 1970 to establish a label of their own, and in 1973 American Decca was dissolved into MCA.

As the Seventies wore on, Decca's releases became increasingly cerebral, and 1978's headlines came courtesy of campy cult group Adam & the Ants and, we kid you not, the rollicking success of The Smurf Song.

In 1980, the rug was pulled out from under the ailing company overnight. Sir Edward Lewis passed away, aged 79, and Decca was promptly acquired by PolyGram. The classical accomplishments continued, but Decca's days as a pop magnate were over.

Decca today
It's been decades since Decca dominated the music store, but the modern company is experiencing something of a resurgence. In 2011, Decca topped the singles charts for the first time since 1972 thanks to Gareth Malone and the Military Wives Choir.

In 2016, Michael Ball and Alfie Boe's Together Again scored Decca a Christmas No 1, while last year Andrea Bocelli's Si topped the charts in the US and UK simultaneously.

The music business is a famously fickle beast, but Decca has a habit of rolling with the punches. If there are still charts in another 90 years, we wouldn't bet against Decca being in them.
(PA)

Gibraltar free of Covid for first time in 10 months

In Moroccan backwater, surfers give kids a taste of waves and freedom