Officers arranged a line up send-off for the Deputy Chief of Police, Superintendent Brian Johnston at the entrance of Gibraltar Defence Police Headquarters late last month.

Superintendent Johnston will be bidding farewell to those he has shared 18 months working with.

Before joining Gibraltar Defence Police, Supt Johnston worked in the Ministry of Defence Police (MDP) and was in charge of various departments including Head of CID.

He started working in the Gibraltar Defence Police in February 2020.

“My highlights have been the people and the specialist nature of the force,” he said.

Several officers lined up outside the Headquarters waiting to surprise him. 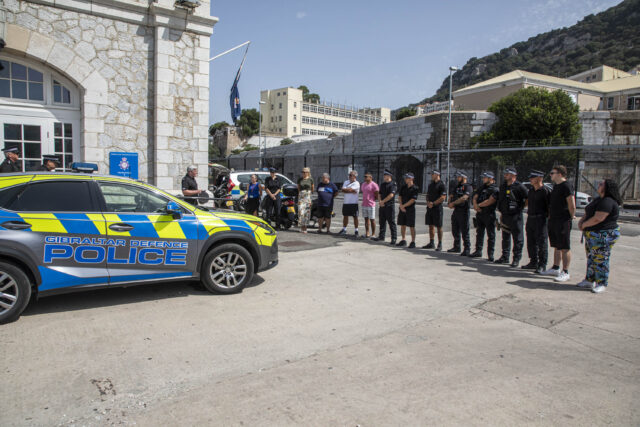 “Don’t ever let anybody think you are not as good as what you are,” he said. 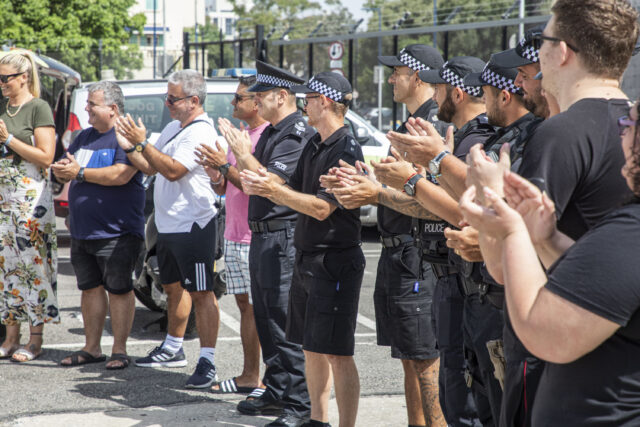 A GDP spokesman added: “Brian joined the Ministry of Defence Police in 1987 and has worked in a number of stations across the UK, both in Scotland and England. He has brought a wealth of knowledge and experience to this role.”

After his stint in Gibraltar, Brian returns to the MDP in the United Kingdom to take command of policing at the naval bases in Portsmouth and Plymouth.