Despite tension over Northern Ireland, CM sees ‘safe and secure' deal for Gibraltar

Chief Minister Fabian Picardo said negotiators continue to be “strongly optimistic” that a treaty for Gibraltar’s relations with the EU can still be agreed, despite mounting concern that tension between the UK and the bloc on the Northern Ireland Protocol could derail talks on the Rock’s future.

Mr Picardo was speaking on Wednesday at the end of a two-day session of talks this week, the eighth formal round of negotiations between the UK – with Gibraltar – and the EU since the process started in October 2021.

"I can see the contours of a deal which is safe and secure for Gibraltar and within what we would all consider to be acceptable," he told the Chronicle.

They also discussed the problems faced by UK holders of blue civilian registration cards at the border, and agreed to convene a formal meeting of the Joint Ministerial Council in the coming weeks. 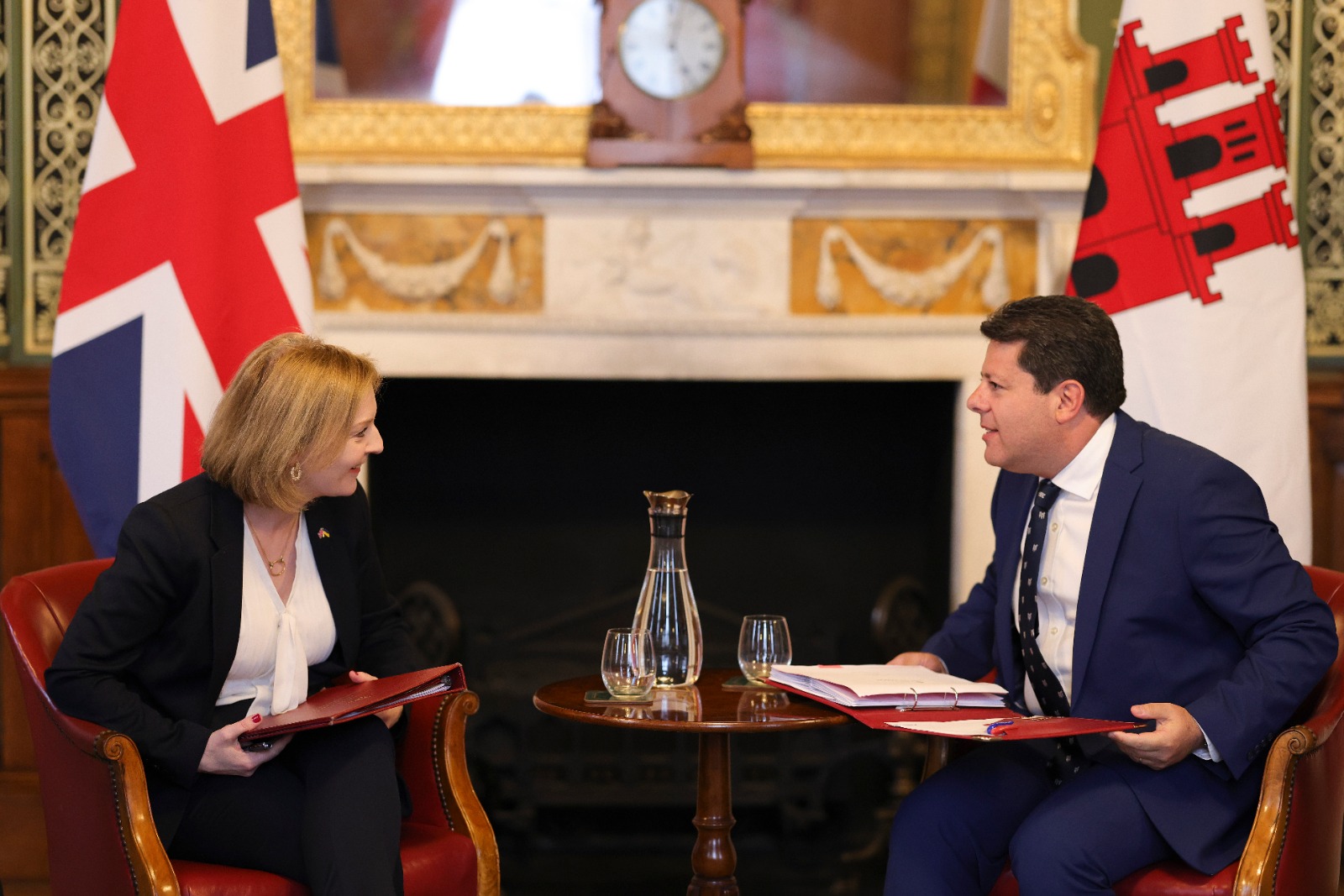 “We all continue to be strongly optimistic that we will be able to conclude a safe and secure agreement between the UK and the EU in relation to Gibraltar for the benefit of all parties, in particular the people of Gibraltar and of the region,” Mr Picardo said, adding the meeting had been “useful”.

“The positive tenor of the current round of the negotiations this week confirms my own view in this respect.”

Ms Truss tweeted after the meeting that the UK was "steadfast" in its support for Gibraltar and would always protect its British sovereignty.

👉 UK is steadfast in our support for Gibraltar

👉 We will always protect the sovereignty of Gibraltar pic.twitter.com/Im60HDJWPD

But despite the upbeat assessment, the Gibraltar talks and the meeting with Ms Truss come amid growing tension between the UK and the EU over the Northern Ireland Protocol.

Boris Johnson on Wednesday reiterated his threat to override elements of the Northern Ireland Protocol, warning the European Union that the Good Friday Agreement is more important than the post-Brexit deal.

The Prime Minister said the protocol fails to command cross-community support in the region, adding “we need to sort it out”, despite warnings from European leaders not to meddle with the agreement he brokered. 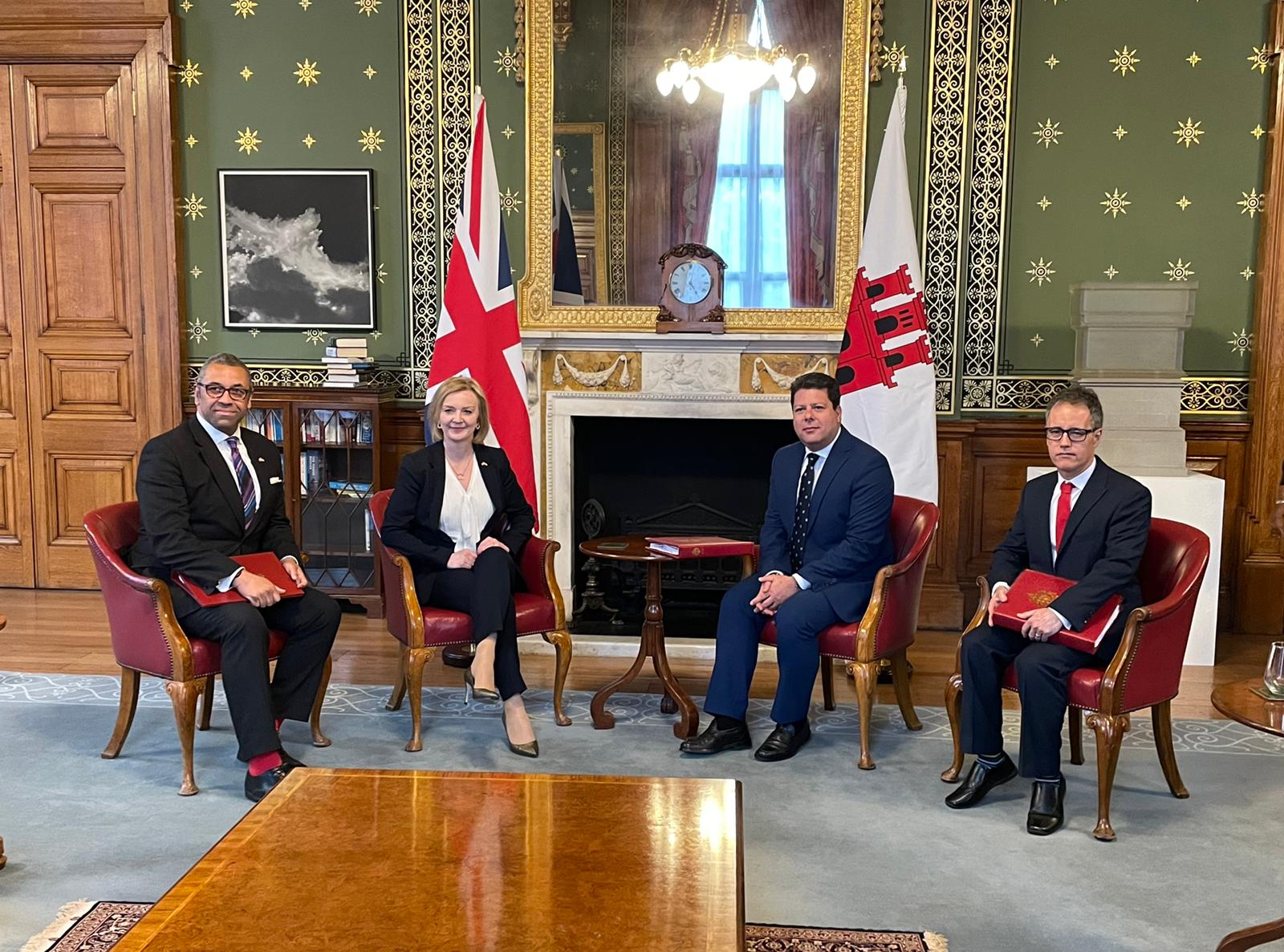 Ms Truss is expected to reiterate in a call with European Commission vice president Maroš Šefčovič on Thursday the risk to the Good Friday Agreement and warn that the situation cannot drag on.

Ms Truss said will “not shy away” from taking action and accused the EU of proposing solutions that would “take us backwards”.

But earlier, the EU said the protocol was “a cornerstone” of the Withdrawal Agreement.

“Its renegotiation is not an option,” Mr Šefčovič said.

“The European Union is united in this position.” 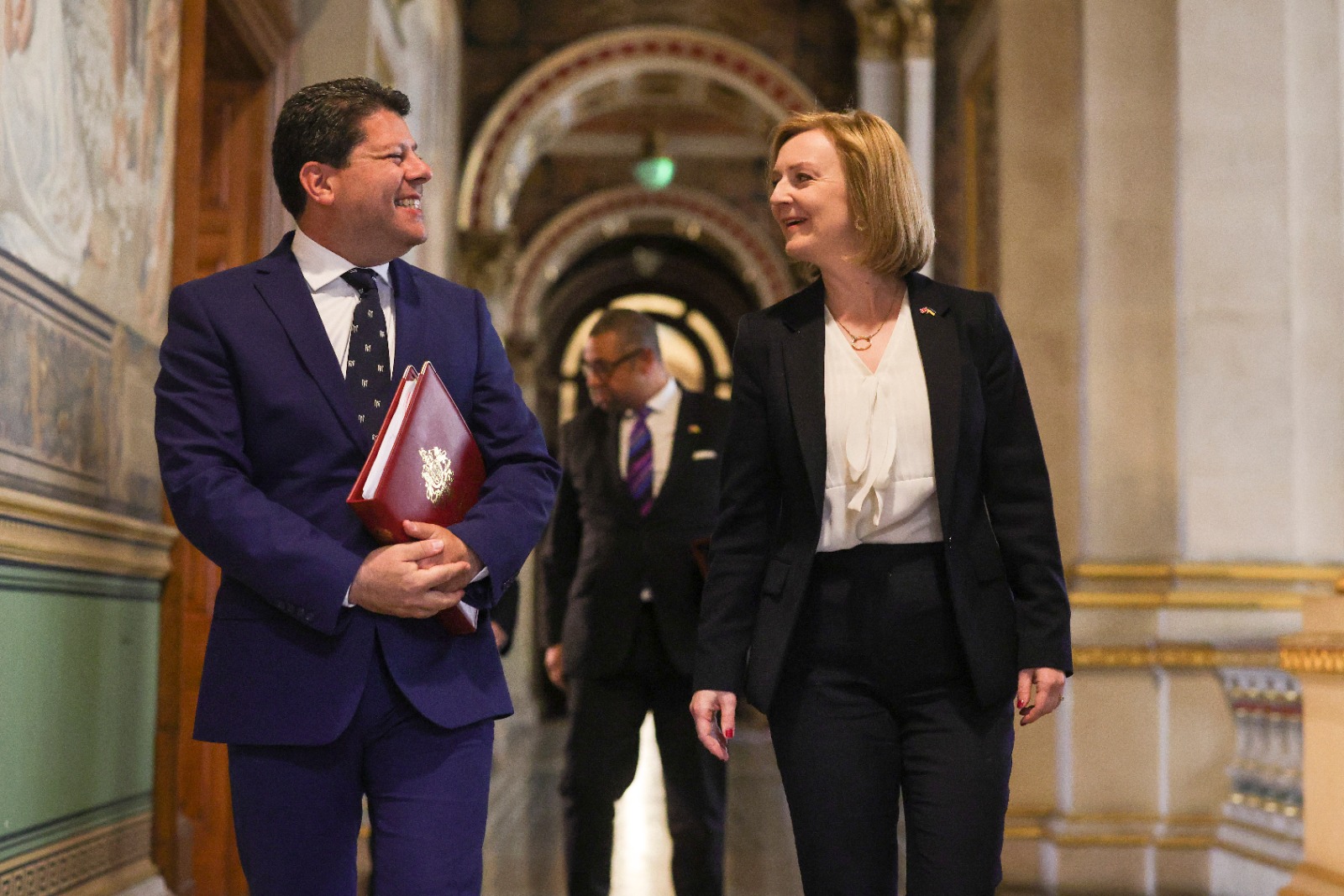 The UK has always maintained that Gibraltar and Northern Ireland are separate issues.

“It's very, very separate to the Gibraltar issue,” she said at the time.

That message was echoed by the Chief Minister on Wednesday, who told the Chronicle that negotiators had overcome moments of tension on a range of issues since the beginning of the process and had always kept the Gibraltar talks going "because that matters more".

But if relations between the UK and the EU break down over Northern Ireland, the risk is that Gibraltar could get caught up in the wider fallout.

On Wednesday, the Bloomberg news agency reported that the EU would likely move quickly to launch infringement procedures against the UK and suspend their trade agreement if Mr Johnson’s government unilaterally revokes its commitments over trade with Northern Ireland.

Citing “a person familiar with the matter”, Bloomberg said the EU would also “halt talks” over Gibraltar’s future relations with the bloc, and freeze privileged access the UK companies have to the EU market.

The European Commission declined to comment on the report.

The Democratic Unionist Party, which came second in the election, warned the Prime Minister it would not nominate a deputy first minister to form an Executive until “decisive action is taken on the protocol”.

He is refusing to re-enter powersharing government at Stormont until issues with the protocol are dealt with.

“The sooner that happens, the better. The protocol is not supported by any unionist MLA elected to the Assembly last week. We can’t go on with the situation where there is no consensus at all for this protocol,” he told the BBC.

“The protocol is still harming many businesses in Northern Ireland and it is contributing to the cost-of-living crisis because the cost of goods coming in from Great Britain has been increased by transport costs, customs fees, delays, and that is not a sustainable position.

“It has also altered our constitutional relationship with the rest of the United Kingdom without our consent so we need to get back to consensus politics.

Revealed: UK’s plans for underground submarine base in Gibraltar