Dolphin swims free after a day trapped in silt curtain

A common dolphin became trapped on Friday inside the silt curtain around the reclamation works in the harbour basin next to the Small Boats Marina.

A team from the Department of the Environment's Environmental Protection and Research Unit (EPRU) was deployed at 9am to try and free it. 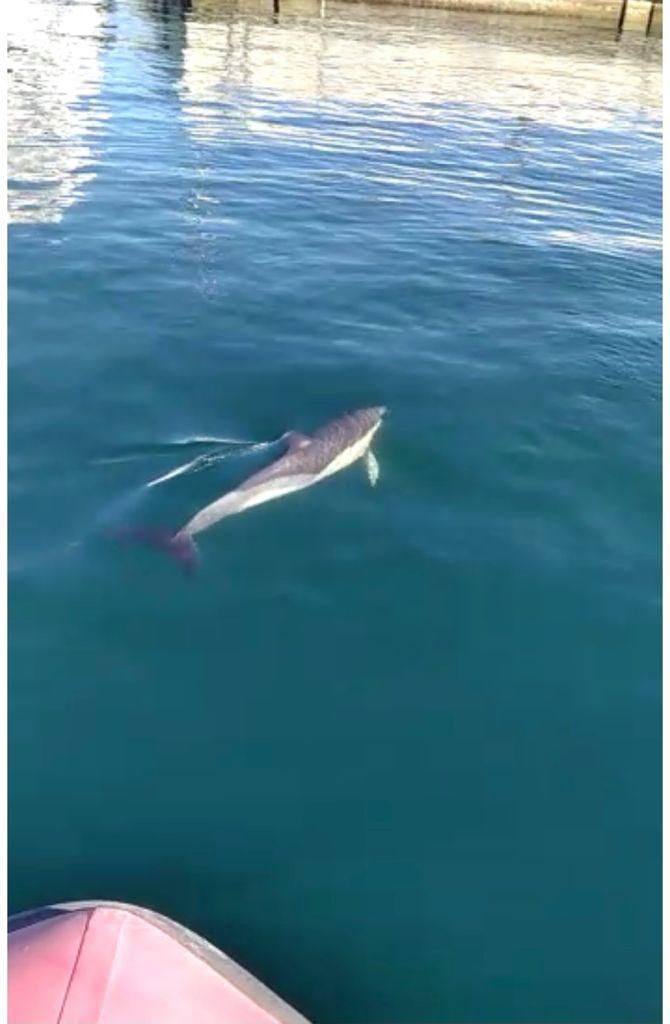 The dolphin was found to be in a good physical condition and divers were contracted to open the silt curtain to allow it to swim out.

The animal finally swam out into the harbour basin at arounds 4.30pm.