Face of female Druid from Iron Age recreated by student

A student has revealed the face of a female druid from the Iron Age in a 3D wax reconstruction.

Karen Fleming from the University of Dundee has recreated the head of a woman, nicknamed Hilda, believed to have been from Stornoway on the Isle of Lewis.

Believed to have been more than 60 years old when she died, Hilda is depicted as toothless although she still displays many features recognisable today.

She said: "It's clear from the skull she was toothless before she died, which isn't too surprising considering the diet of folk back then but it was impressive how long she lived.

"A female's life expectancy at this time was roughly 31 years but it is now thought that living longer during the Iron Age is indicative of a privileged background.

"It's impossible to know for sure when she died as we were unable to carbon date the skull. 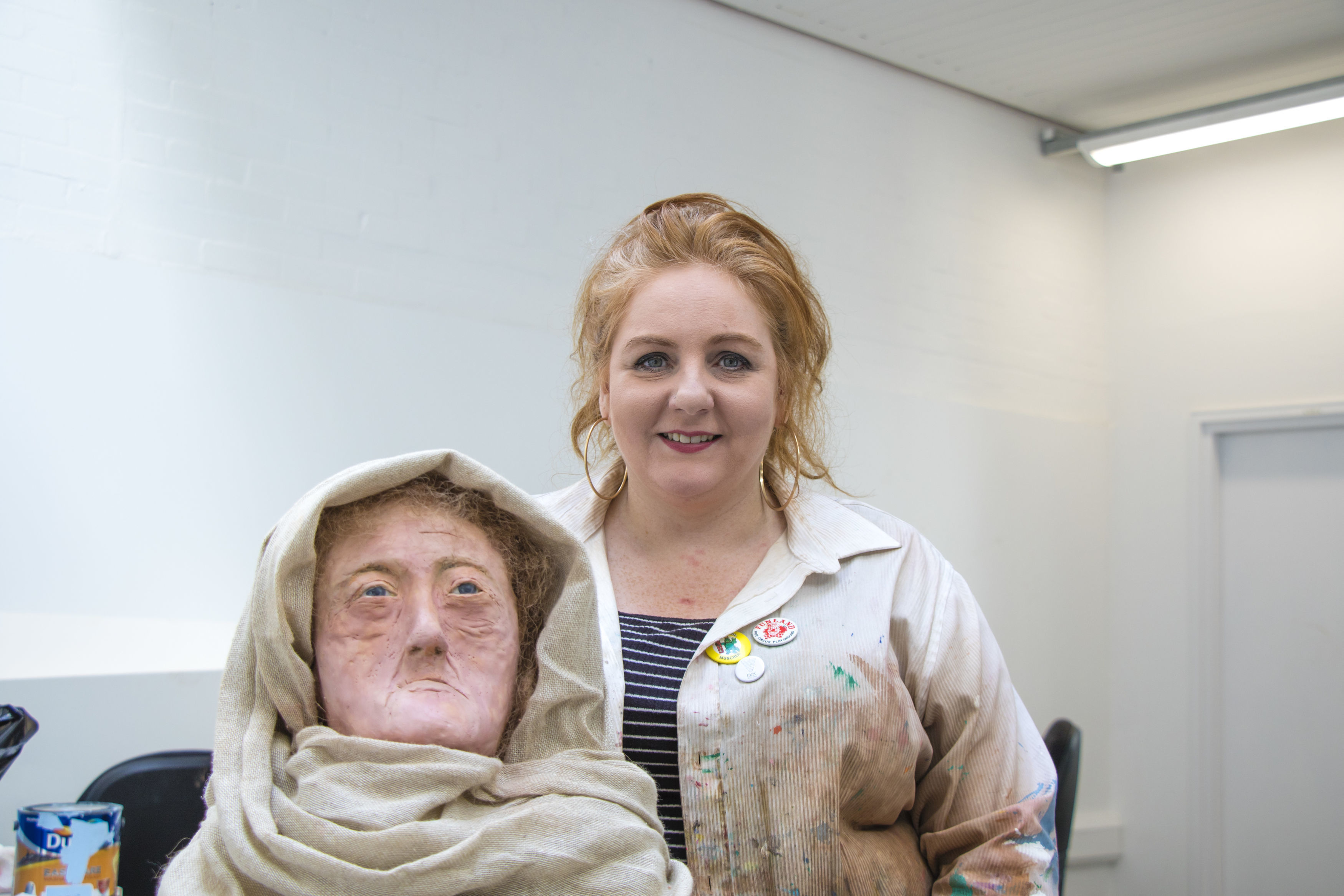 "But assuming the information in the journal from 1833 is correct, Hilda passed away any time between 55BC to 400AD and was of Celtic origin.

"I think she looks like many older women I've met in my life and I'm proud of that."

Hilda was based on an ancient skull held at the University of Edinburgh's Anatomical Museum.

Her face will go on display at this year's Duncan of Jordanstone College of Art & Design Masters Show which runs from this Friday to Sunday August 25.

It comes after a summer of mixed weather - which Ms Fleming admitted posed its own problems in creating Hilda.

She said: "It's funny to say it now but I had to keep parts of Hilda, like her wax modelled ears, in the fridge for most of the summer.

"As a mature student who commutes from Edinburgh, I often had to keep her cool in the car, strapped up in the passenger seat. I'm sure that's a sight passers-by won't forget seeing."