Loved ones of sailors serving on a Royal Navy warship returning to the UK have spoken of their disappointment that the traditional homecoming had been cancelled and said the crew "do not know what they are coming home to".

Families lined the harbour walls in Portsmouth to wave home HMS Defender after the normal gathering to greet the ship's company on the quayside in the city's naval base was cancelled following Government rules to stop mass gatherings following the Covid-19 outbreak.

Crowds of people took to Old Portsmouth's Round Tower - a traditional vantage point to welcome back ships of the Royal Navy - as well as along the harbour walls. 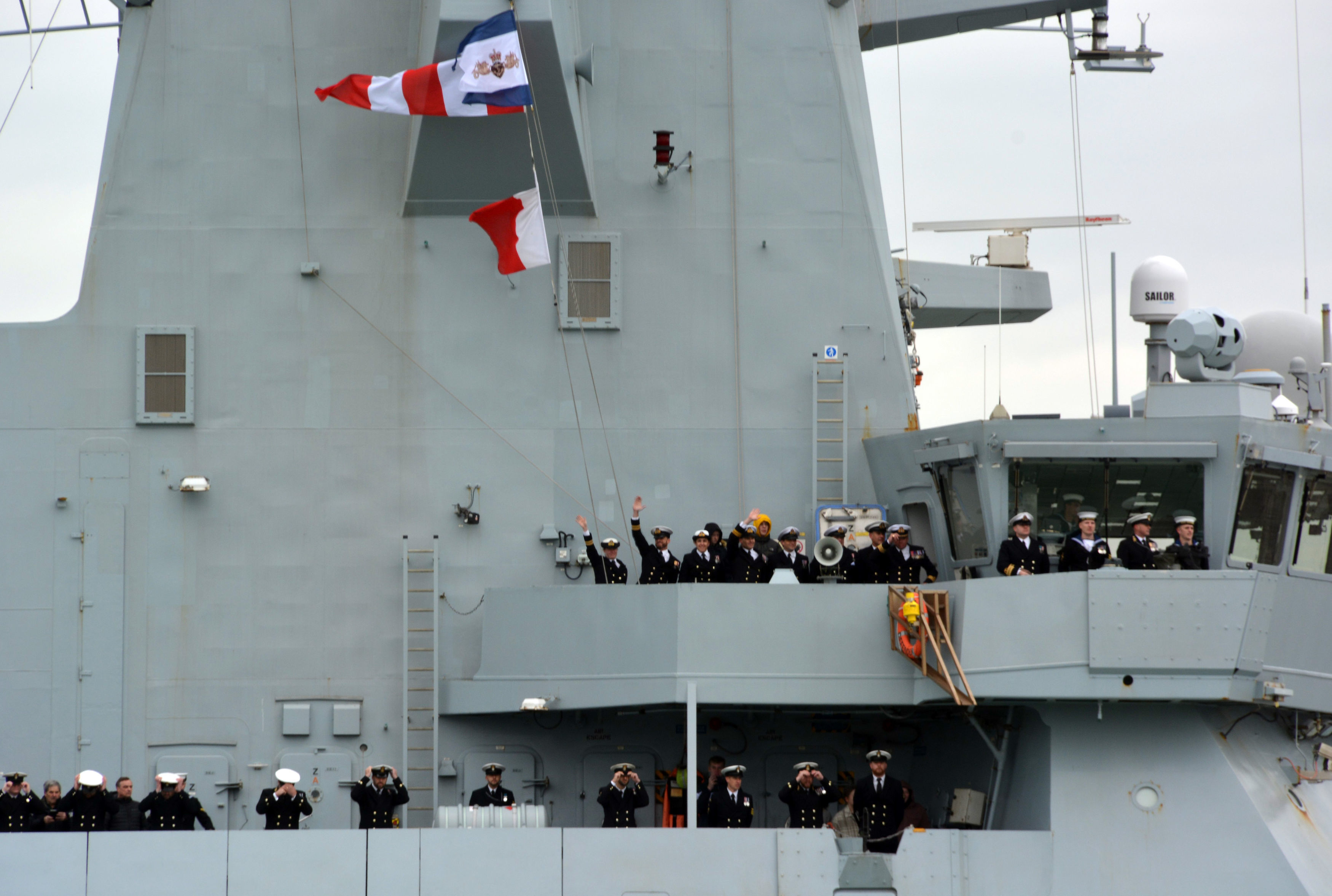 Ellis Chwarszczynski, 28, from Thetford, Norfolk, who came to meet boyfriend LET Danny Holmes, said that the crew were disappointed at losing the homecoming event but were happy to be back.

She said: "I am really gutted for him as it was meant to be a bit of a celebration for him.

"It would have been nice to have one last event but they are still excited but they don't know what they are coming home to."

She added: "It feels so good to have him coming home but quite surreal like this."

She said the sailors had their first experience of social-distancing during a stop in Gibraltar where she said everything shut down by 8pm.

Ashleigh Jefferson set off at 2am to drive down to Portsmouth from her home city of Newcastle upon Tyne with her three children, Oscar, six, Myla, three, and Spencer, one, to welcome their father Leading Hand Ryan Jefferson.

She said: "We were gutted that the homecoming was cancelled and we weren't going to come but I didn't want the kids missing out on the nice stuff after he's been away for seven months. But at least they are safe.

"We've travelled all the way from Newcastle and the kids are really excited."

Type 45 destroyer HMS Defender returned to Portsmouth Naval Base following its seven-month deployment to the Gulf where it escorted UK-flagged merchant shipping through the Straits of Hormuz during tensions with Iran and disrupted narcotics smuggling.