Father daughter duo Nathan and Ariane Lima are exhibiting their art work at the Nook in the Arts and Crafts Centre, Casemates.

The nine year old started to inspire her father to paint during lockdown and since then their artwork has flourished.

“I started doing when we were locked down. She suggested it and we started to do it together and she inspired me,” said Mr Lima.

“She helps me with all of them,” he added pointing to the paintings hanging on the wall. Among them are a couple of his daughter’s painting that are entirely her work. 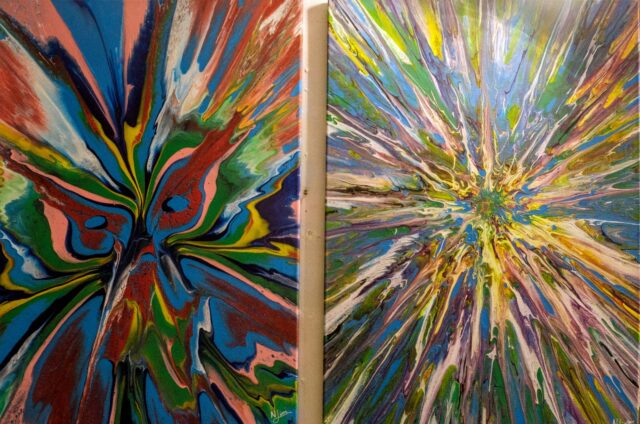 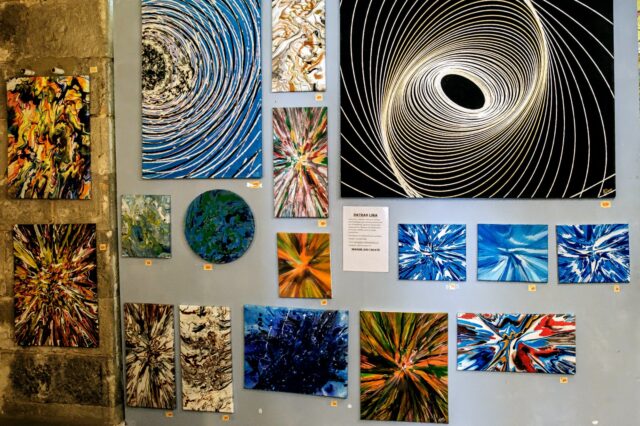 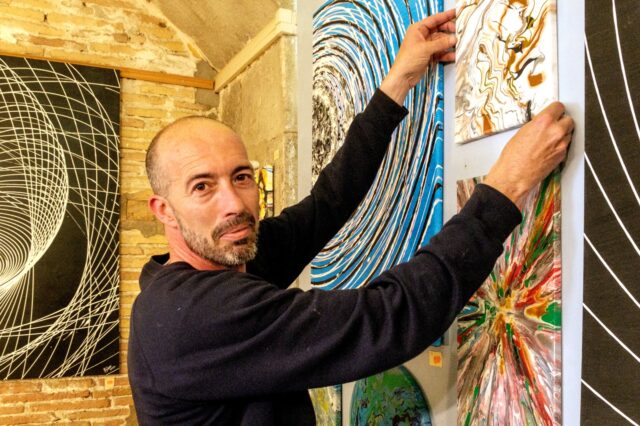 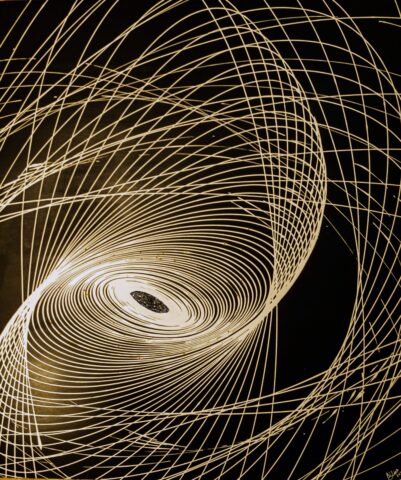 However, her input is invaluable he said to his creations. She admits he helps him with not just colours but “everything”.

“She's creative and joy and happiness,” he said.

They both agree that the more colours the better in a painting.

“I've never done any artwork before. I have never studied it, nothing,” said Mr Lima.

Who now does it every weekend with his daughter.

“We do lots of arts and crafts. Lots of fun. Things are everywhere and that's the best part,” he said.

Ariane is pleased her Dad is exhibiting.

“Because he deserves for people to see it. Be proud of it,” she said, adding she was.

She is quick to point out what her favourite pieces are on display, opting for ones where she is drawn to the pattern that they created. 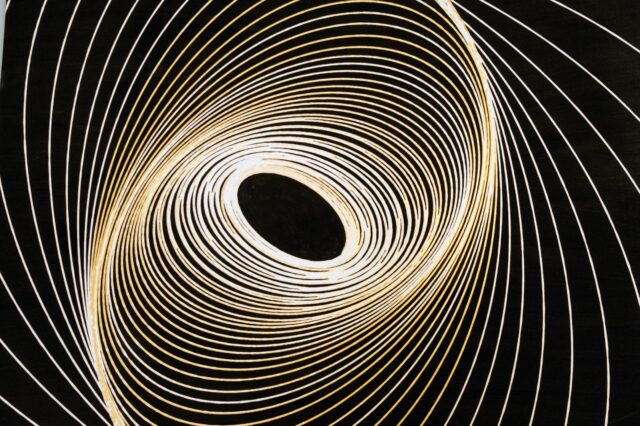 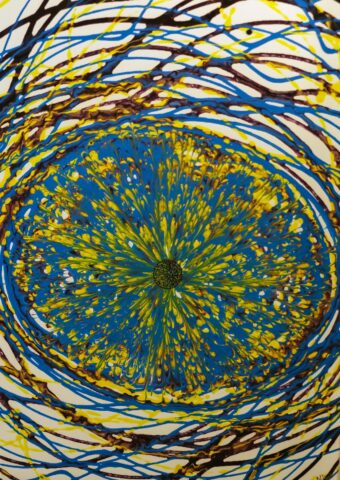 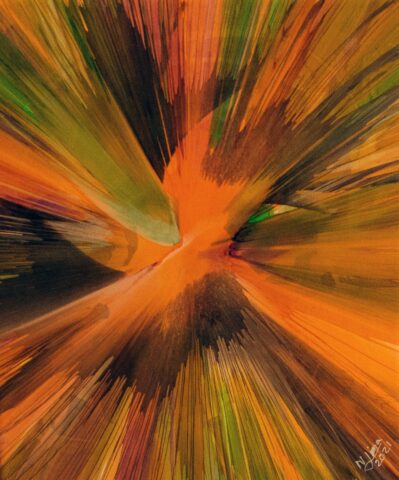 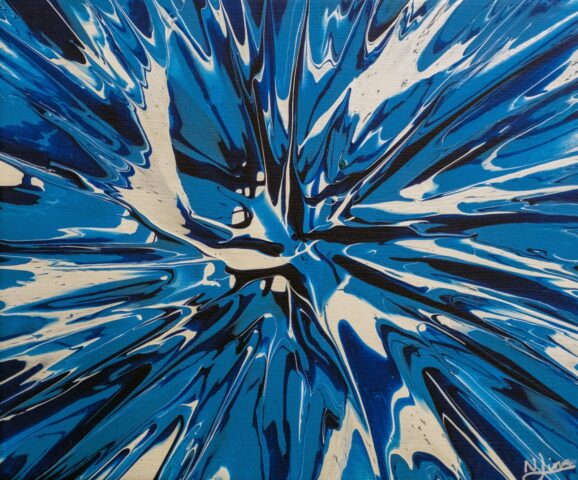 Ariane has been attending art classes by Theresa in the centre since she was three or four.

Mr Lima said it felt great to see his work up on the walls in the Nook and every time he walks back in it surprises him.

“At the beginning my friends were giving me stick for painting, but now they see them as I've got paintings in the house. And I've given them away to them also,” he said.

“If it was up to me, I would quit my job and do painting all the time.”

The exhibition runs until the end of May. 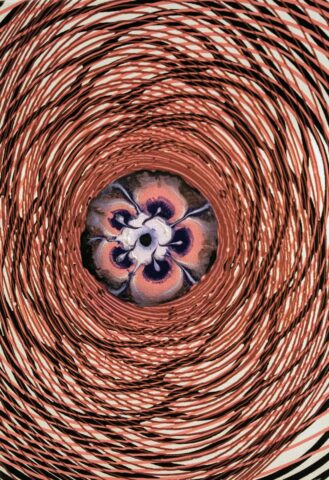 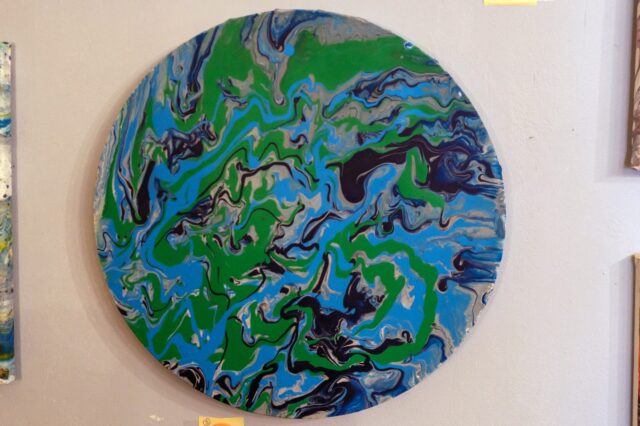