Father Charlie Azopardi's soup kitchen will be handing out 450 hampers this Christmas, and tucked inside will be messages of hope for those in need.

He currently feeding between 40 to 50 people a day via his soup kitchen, and this Christmas he has ramped up the effort due to the economic downturn which has seen more families struggle to make ends meet. 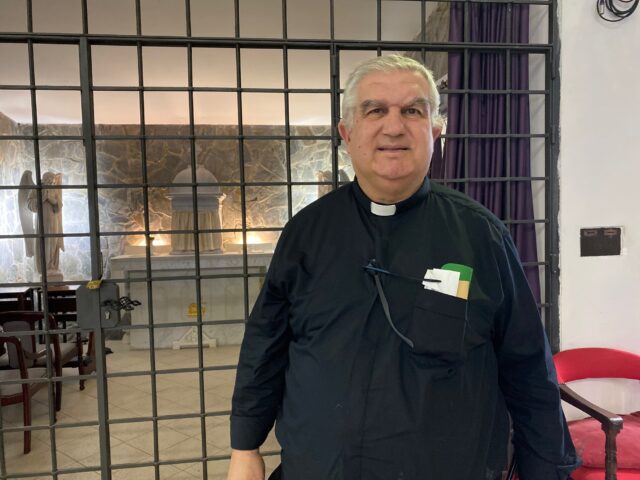 Since Covid and the move of the soup kitchen from Nazareth House to St Theresa’s he is feeding more families rather than just individuals.

This is because he is offering takeaways rather than sit down meals.

“Before it was more individuals who used to go to Nazareth House and it was also a question of people eating there, rather than to take home. The situation has changed,” Fr Charlie told the Chronicle.

“We're still monitoring the situation. I mean, we're still having the same numbers that we have for Covid.”

He feeds both adults and children, with some people coming to collect food for four or three people or even just one, it varies he said.

The children eat the same food and portions are made for adults. However, if the main dish is pork then a more suitable meal is also prepared for people who do not eat pork.

“We make sure we have something which is halal because there are Moroccans who come as well. This is not limited to Catholics. Everybody is welcome,” he said.

“We do have a number of vagrants who are coming through the frontier, and homeless, but the numbers have gone down drastically prior to Covid.”

However, he has noticed that the number of people are increasing but it is more sporadic. Recently there was a small group of young Polish men who needed help temporarily. 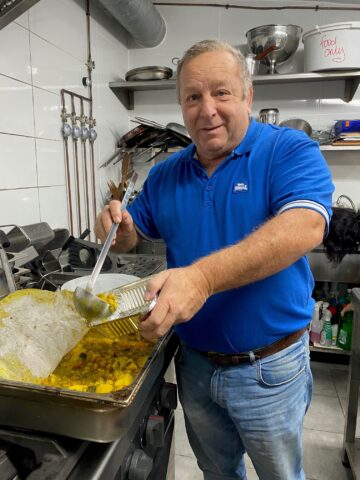 Not everyone who received one last year will get it, some have approached him to say that this year things are better for them and they do not need it. However, there are many families and individuals on the Rock who rely on them to get them through Christmas.

Fr Charlie said he needs to look at the number of people he needs to help and ask the question: “Can we can we afford to give as much as we gave last year?”

He also fears Gibraltar has not seen the worst of it yet.

“I think that whenever there are recessions, we always see the tail end, in Gibraltar,” he said.

He recalled when he started the Christmas hampers over 45 years ago, they consisted of just three little bags containing items like vegetables and these were mainly for the elderly who could not afford the food or any extras.

“But today, thank God, for a lot of the older people that has changed,” he said.

However, he said, now the elderly are helping their children and grandchildren.

Students from Bayside Secondary School will once again help with the preparation of the hampers.

“This year, we have another initiative, which has been done in Westside,” he said.

“We are getting the students of year 10 and 11, to write a message of hope in a Christmas card. These will be placed in every hamper.”

He said if the public wish to help they can do so by bringing food or donating money.

However, Fr Charlie believes there is a more important way people can help.

“The most important thing is, I think, it's to be conscious that there are people with needs,” he said.