The first ferry from Algeciras carrying meat and dairy products from the United Kingdom to Gibraltar arrived in the port on Friday morning.

This is in line with the Government’s contingency plans for supplies to the Rock post Brexit.

From January 1, the UK and Gibraltar are both third countries now in relation to the EU. 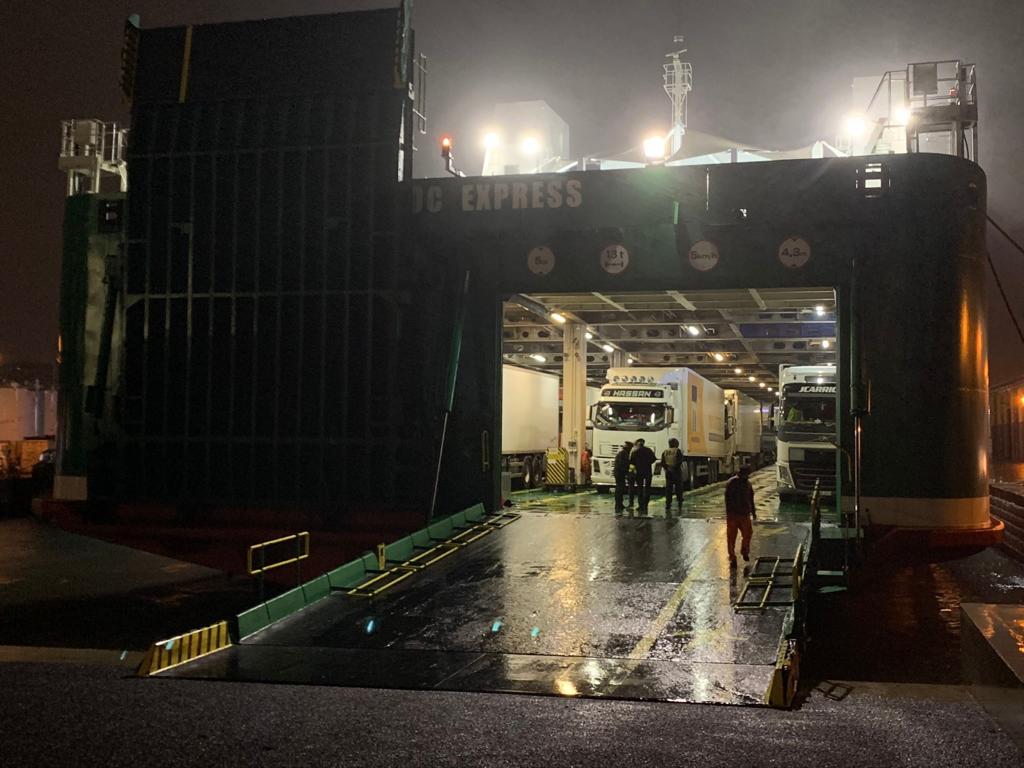 This means that goods of animal origin such as beef and milk in overland transit from the UK to Gibraltar have to enter the EU through a Border Control Post (BCP), generally in France, and then exit through the nearest BCP in Algeciras.

They then transit in a ferry across the Bay to Gibraltar to the Rock.

The ferry, owned and operated by German company FRS, has allocated at least ten slots to trucks and lorries for six sailings a week, totalling 60 slots. 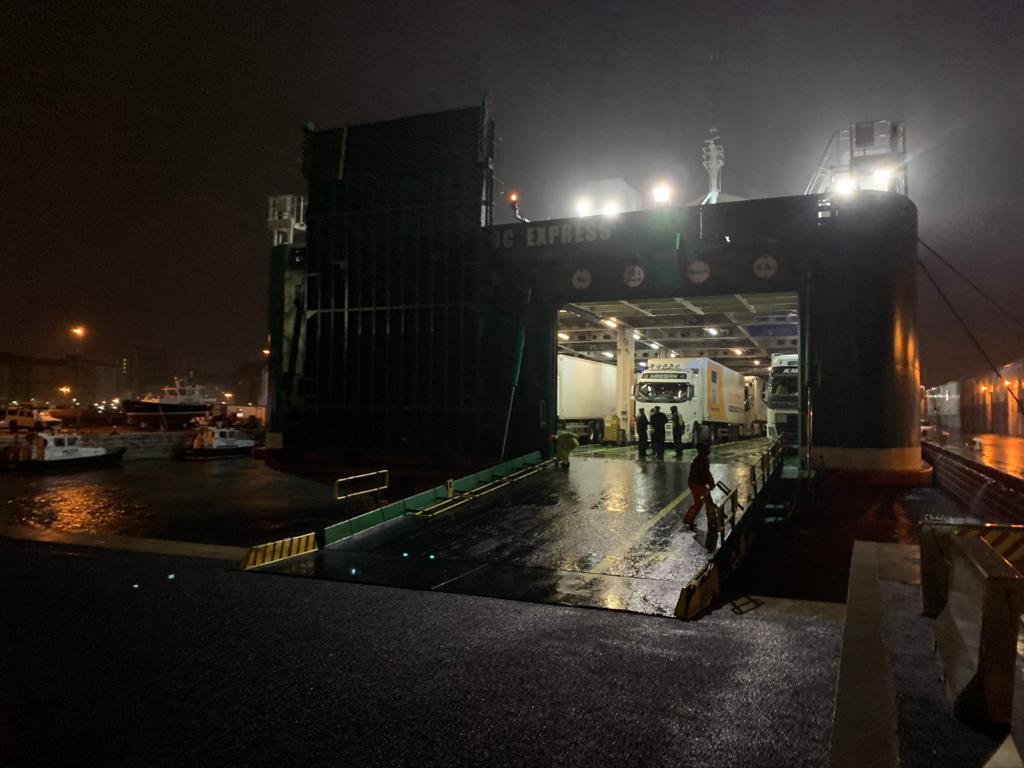 The infrastructure, including a new ferry ramp, were constructed at the port with a view to a possible no-deal Brexit at the time of the Withdrawal Agreement.

The facilities for Government departments, agencies and authorities to deal with the import of goods by sea through the ferry have also been put in place.

“The EU requirement for the use of a BCP for this kind of goods from outside the Union means that the processes and procedures involved are more cumbersome and more bureaucratic both on entry into the EU and again on exit,” said a statement from the Government.

“The entry controls in France being logically more intense than those on exit.”

“This new mechanism applies to all relevant products of animal origin from the UK in transit through the EU and not only to those destined for Gibraltar.”

The Government thanks food suppliers and supermarkets in Gibraltar who it has been working very closely with on these matters for a long time.

It also noted that there are some food suppliers and supermarkets who have set up operations in the EU in order to formally import the goods and then formally re-export them to Gibraltar.

This method means those products do not require to be cleared at a BCP, a process only required for goods in transit. 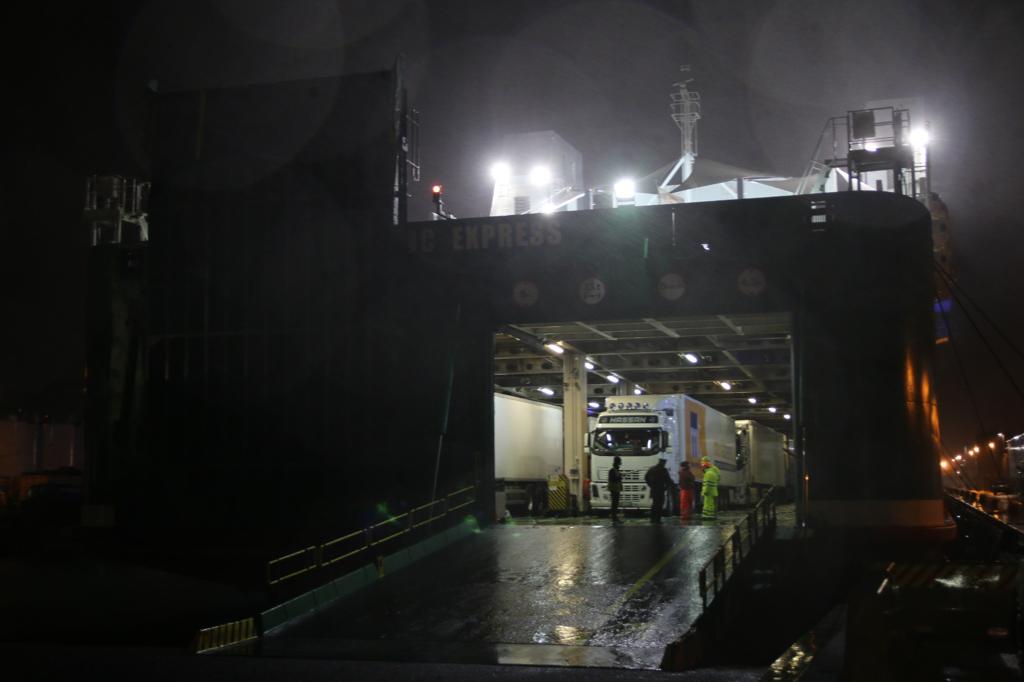 The Government also acknowledged the close cooperation it has had with the Foreign, Commonwealth and Development Office and DEFRA in the United Kingdom.

Both entities have engaged with Gibraltar’s food suppliers and importers and organised webinars on the new arrangements.

“It is important to emphasise that the new ferry route only applies to products of animal origin from outside the EU in transit through it and not to all other products,” said the Government statement.

“It therefore does not apply to products from inside the EU which can continue to cross the border as usual without needing to use the ferry or the BCP in Algeciras.”