During training, the recruits covered topics such as personal administration, weapons training, drills, fieldcraft, fitness and teamwork as well as being taught the importance of discipline, integrity, loyalty, and respect for others.

The recruits learn that being a soldier is about putting others first and having the courage to know the right thing to do in any given situation.

The Combat Infantry Course builds up skills and fitness at a gradual pace.

This involves learning individual skills first, followed by Section and then Platoon skills, ending with an assessment in which all subjects must be passed. 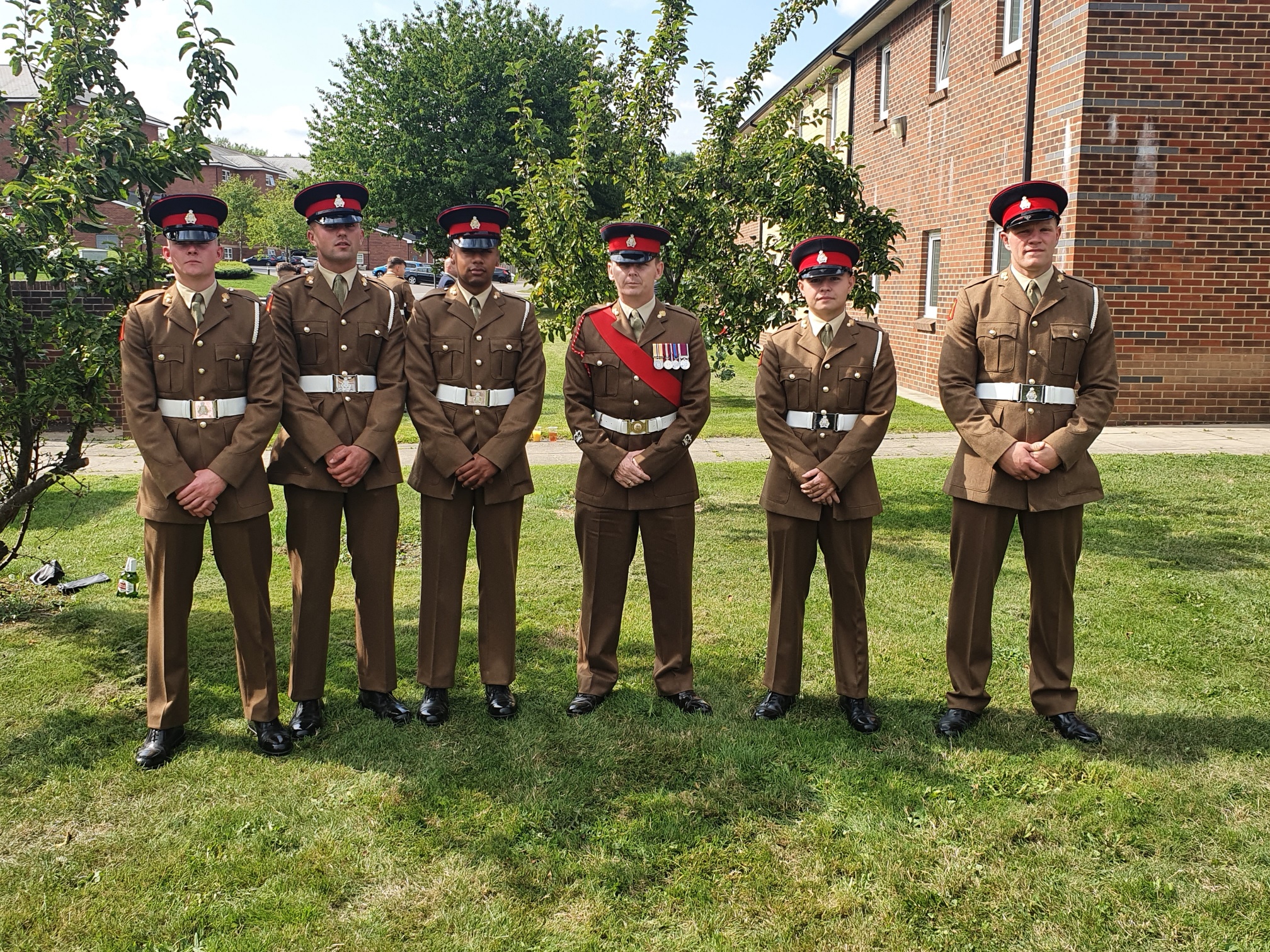 During the passing out ceremony, recruits are awarded based on their performances throughout training.

Private Elder received an award for Best Fitness within his platoon.

He was called out to collect his metal tankard in the presence of his proud parents and younger brother.

The recruits will now take some well-earned time off so they can resettle back into normal army life in Gibraltar.