Gibraltar’s broadcaster GBC has moved into its new home in Rosia Road after 41 years in South Barrack Road.
With the move comes a rebrand of its logo, but programming and transmission will remain much the same albeit with new studio sets and a revamped Gibraltar Lottery show.
For GBC CEO Gerard Teuma the move marks a new era for corporation, and although memories are left behind in South Barrack Road the building was no longer fit for purpose.
“The new Broadcasting House in Rosia Road is an incredible facility that will no doubt be a joy to work in,” he told the Chronicle.
“It’s been a long four and a half years to reach this stage, from concept and design to construction and fit out, but we have achieved our goal of delivering a television and radio centre that Gibraltar can be proud of.”

“It’s unusual for a community this size to have many of the assets and facilities that Gibraltar enjoys, so in that context it is fitting that the Rock’s public service and national broadcaster to transmit from a headquarters that are designed to deliver the extent of programming that GBC does.”
“Personally, I am thrilled to have been able to lead the relatively small team at the core of the relocation project, and feel totally fulfilled upon reaching this milestone, made all the better by the support received from all the staff who have kept busy maintaining services while this huge project was being undertaken.” 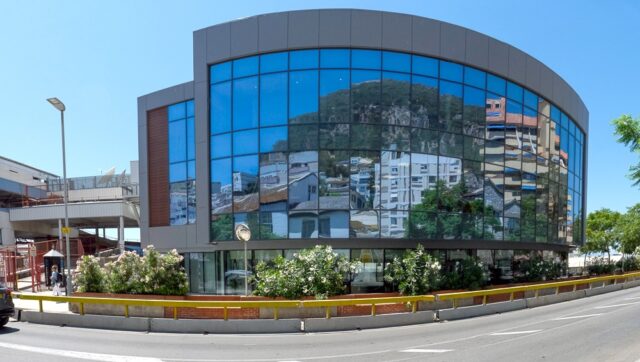 The premises has been provided by the Gibraltar Government and GBC said it has covered the cost of all other necessary elements.
The facility comprises two television studios with their associated vision and audio control rooms, four radio studios, and other technical rooms required to deliver the programmes to viewers and listeners, as well as comfortable and modern production and administrative offices.
The building will house the 80-strong team at GBC which oversees a broadcasting schedule of 17 hours daily.
Mr Teuma shared memories from 37 years in GBC, from major news stories to GBC Open Days which raise thousands annually. 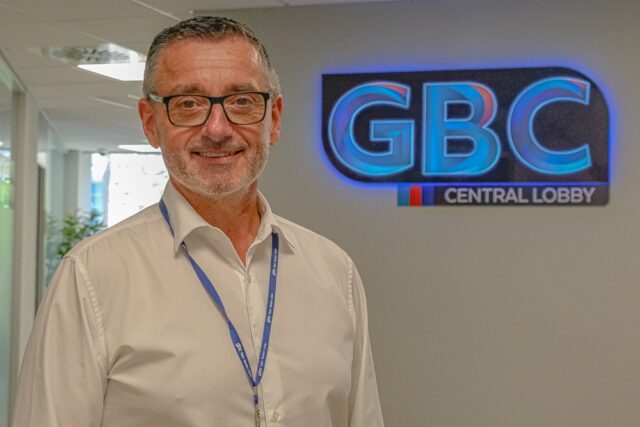 “Having worked at GBC for 37 years, there are numerous memories, with the good ones by far out numbering the bad ones,” Mr Teuma said.
“Central to this are the many colleagues who have shared those experiences with me over the years.”
“We are a passionate bunch, and despite the very natural odd professional differences, we have always come together to deliver the best possible radio and television for the people of Gibraltar within the resources at our disposal. It is at the most significant moments that working at GBC becomes extra special, such as whenever a major news story breaks.” 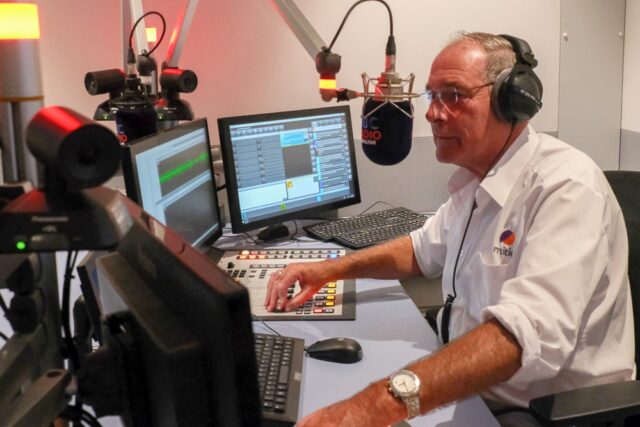 Transmissions from Broadcasting House in Rosia Road begin on Monday, August 9 by way of a soft launch while existing equipment from South Barrack Road is migrated to the new building over the ensuing weeks.
Newswatch will air from a temporary set for two months, until it relaunches as GBC News on Monday, October 4. 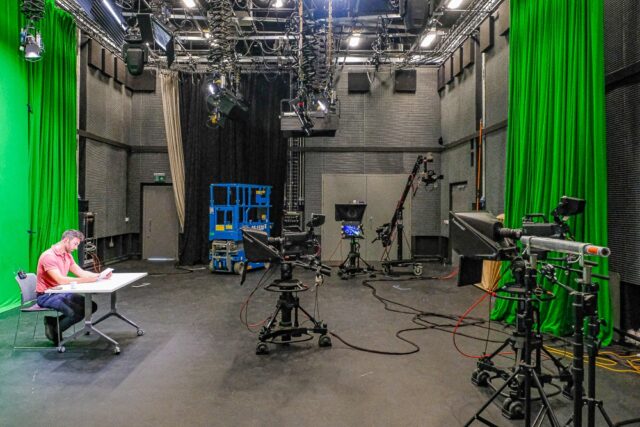 “There will be a transitionary period of a couple of months whilst equipment that is still in use in South Barracks is transferred to Rosia Road, for which viewers will notice that Newswatch will be airing from a temporary studio throughout August and September,” he said
The first full production from the new studios will be a revamped Gibraltar Lottery show on Tuesday, August 17, Mr Teuma added this will include a new set, imaging and presenter.
After a short transition, the autumn season of shows comprising new looks for City Pulse, Viewpoint, The Sports Locker and The Hub will launch on a staggered basis from Monday, September 13 over three weeks. 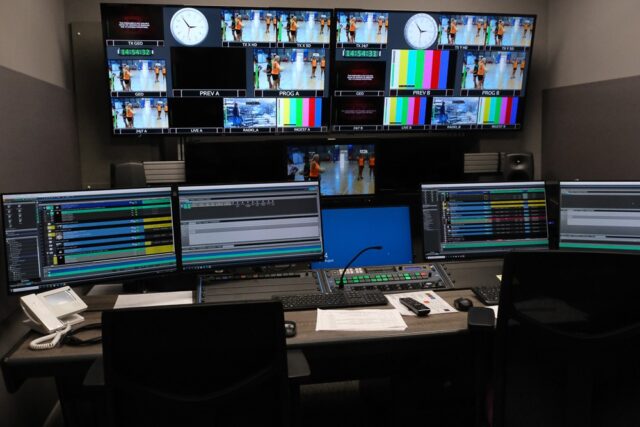 “In the meantime, Radio Gibraltar will settle into its new digital studios, including a heightened social media presence following the introduction of new camera technology,” he said.
“The relocation this weekend will also coincide with a full re-brand for the Corporation, with our new logo and hero colours visible throughout the new Broadcasting House, on air and online.”
“The logo has been inspired by the colours of Gibraltar’s sunrises, sunsets and sea around it and will be GBC’s public image for the foreseeable future. It all amounts to a new era for GBC, that all of us at Broadcasting House are incredibly proud and excited about.”
Once all programmes have relaunched and the fit-out is completed later this year, the building will be opened for public viewing during a number of guided-tour open-days that will coincide with a formal opening. 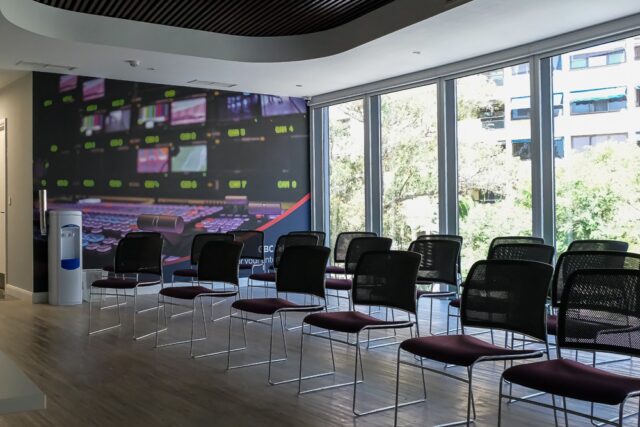