UEFA have confirmed the fixtures for the upcoming Group C Preliminary Round for the Women’s EURO Qualifiers that will be held on The Rock in May.
Running from May 5 to May 7, the fixtures will be played at the Tercentenary Sport’s Hall which will now play host to the Futsal teams of Gibraltar as well as Belgium and Kazakhstan.
The Preliminary Round of fixtures kicks off at 18:00 on May 5 and will see the hosts Gibraltar take on a Belgium side which have amassed one win, one draw and one loss in their previous three matches.
Belgium will again be in action the following day on May 6 at 18:00 when they take on a Kazakhstan outfit that has failed to win in their previous three matches.
The final fixture will take place on the last day of the qualifying round and will see the hosts Gibraltar again in action this time taking on Kazakhstan at 18:00.
Gibraltar’s National Futsal squad have been hard at work preparing for the tournament since restrictions on The Rock were lifted. - GFA 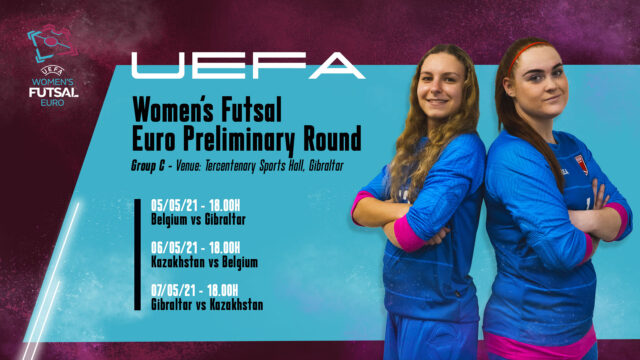 Hercules keep their lead at top of futsal first division

Rugby season will get going this weekend