GBC is offering 60-minute guided tours that will take listeners and viewers behind the scenes at Broadcasting House.

“You will be able to explore our TV and Radio studios as well as the design and unique features of Broadcasting House,” said a statement from GBC.

The project was launched on Monday morning with the visit of former GBC employees who were treated to a trial run. 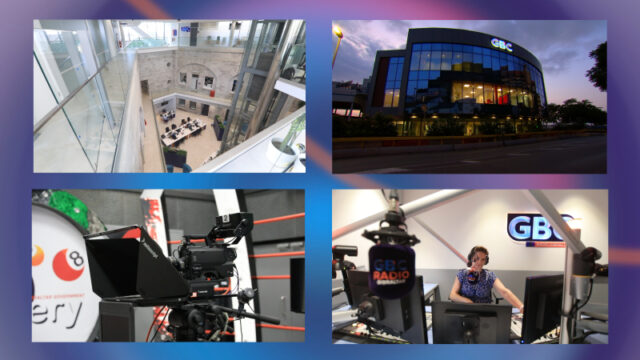 The GBC statement noted that members of the group said it was “a pleasure to see the new installation” given their past involvement in broadcasting.

“We expect the public to be just as interested in seeing the way the new technology and building have been incorporated into the bastion,” the GBC statement added.

The open house tours will take place on Thursday, December 1 and Friday December 2 with various times across the morning and early evening available.

Bookings are open on buytickets.gi and tours are free with a donation in aid of the Open Day encouraged.

“One of the things I promised on 3rd October when taking up my new role was to open Broadcasting House to the people of Gibraltar. I’m glad we are already able to make it happen and that the open house is happening in aid of the GBC Open Day – after all this was the original essence of the day itself,” said GBC CEO James Neish.

“We have released 12 slots over two days and hope people will be encouraged to book.”

“Tours like these have always been very popular and in fact we get many requests from people who would like to visit.”

Mr Neish said the station is working on a number of changes for the new year and has been encouraging the participation of the community.

Phase 2 of the corporations Public Survey remains underway. The survey is active until the end of the month on https://www.gbc.gi/survey