Members of the Gibraltar Defence Police Officers were invited to an award presentation held by Gibraltar Hearing Issues and Tinnitus Association (GHITA) and Samantha Sacramento recently.

The four officers took part in an online British Sign Language (BSL) Course which started at the beginning of the year and ended in June.

The course, taught by a UK based instructor and assisted by a local instructor, was held via Zoom every Monday and Wednesday over a five-month period. 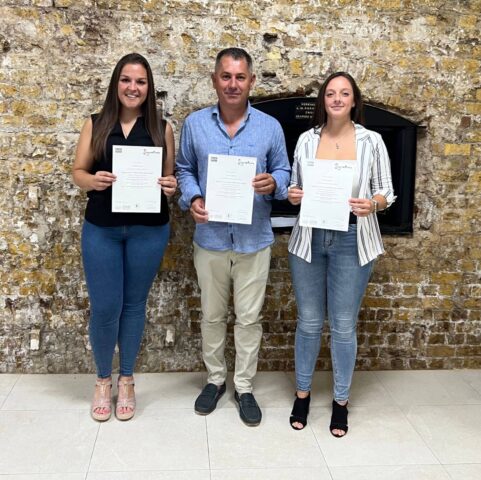 During the course, participants learned the alphabet as well as basic communication skills such as people's names, where they live, hobbies and food.

“Although the course was very long and quite challenging at times, it was amazing to see the students growing in confidence in their use of BSL as the weeks went by,” said a GDP spokesperson.

Students were recorded performing their final exam in the GDP Headquarters and the tapes were then sent to the UK to be analysed.

Gibraltar Defence Police Chief Rob Allen said: “Carrying out our duties as police officers, communication is a key skill. For those members of the community with speech or hearing impairment, sign language is vitally important.”

“The officers involved in this learning gave up their own free time to take part in this course to improve their ability to communicate, demonstrating their willingness to go above and beyond their usual duties for the benefit of the police service and wider community.”