The Ambassador of Georgia to the UK, Sophie Katsarava, formally opened the Honorary Consulate for Georgia in Gibraltar today.

She was joined by the Governor of Gibraltar, Vice Admiral Sir David Steel, to mark the occasion.

Located in Horse Barrack Lane, the office will be run by the Honorary Consul for Georgia, Edwina Haynes, who expressed her delight this official presence on the Rock. 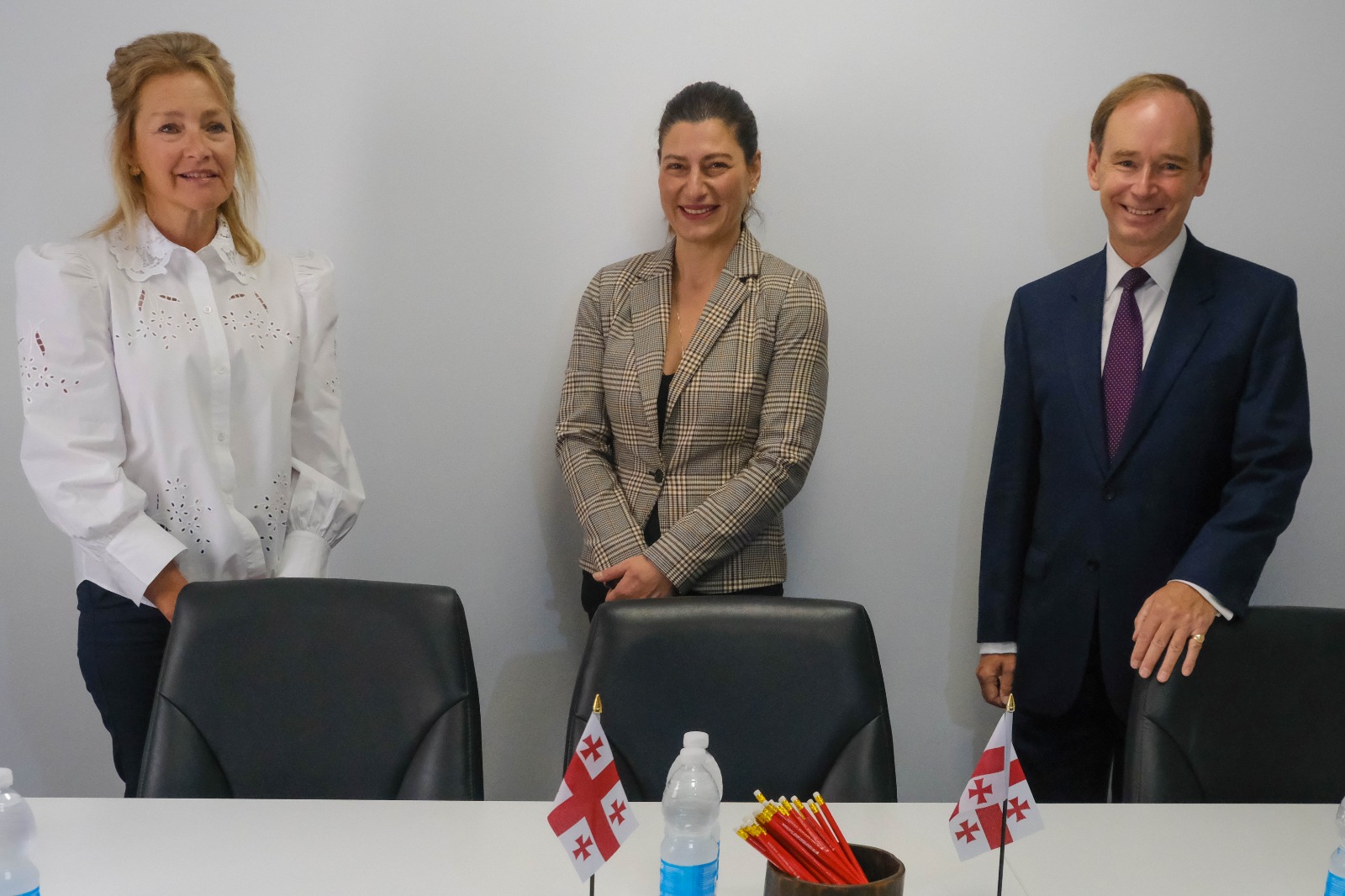 Mrs Haynes told the Chronicle: “I am so proud that Ambassador Katsarava is here and I am so pleased that during these difficult times of travel she has managed to get out of London, get out to Gibraltar, have a whirlwind tour of meetings and people to see.”

“This is of huge significance for Gibraltar and there are some exciting plans for the future.”

The Consul office will build on potential links put into motion by Ms Katsarava’s visit to Gibraltar.

Earlier in the week, Ms Katsarava told the Chronicle the Honorary Consul “will play a very important role in public diplomacy in areas such as commerce, education and sports” going forward.