The Director of the Gibraltar Financial Intelligence Unit (GFIU), Edgar Lopez, was invited by the United Nations Office of Drugs and Crime’s Regional Office in the Middle East and North Africa (UNODC ROMENA) to its Regional Conference that took place earlier this month in Sharm El Shiekh, Egypt.

The conference titled, “The Way Forward for Countering Illicit Financial Proceeds from Trafficking in Persons and Smuggling of Migrants (TIP/SOM) - Priorities and Challenges” was hosted in partnership with the Egyptian Money Laundering and Terrorist Financing Combating Unit and supported by the Netherlands.

The conference was attended by more than 70 representatives from relevant law enforcement agencies, Financial Intelligence Units (FIUs), public prosecution, judiciary, and financial sectors from Algeria, Egypt, Libya, Morocco and Tunisia, in addition to experts and guest speakers from regional and international organisations.

The event culminated with recommendations that support the relevant actions by the participating Member States in the future.

Mr Lopez attended the conference as a guest speaker for one of the sessions which provided an international perspective on the use of Anti Money Laundering in Combating TIP/SOM, highlighting key strategies that have been successful. 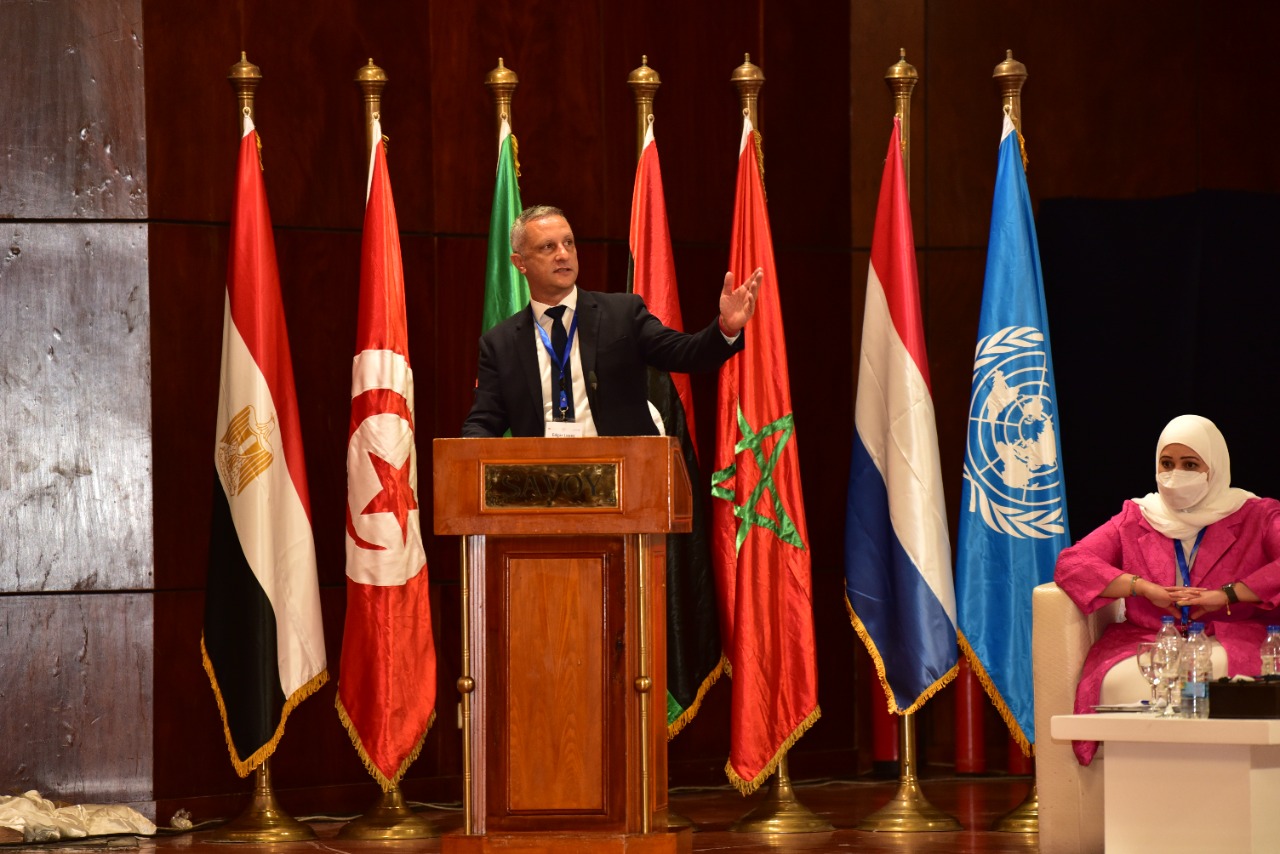 In his intervention, Mr Lopez explained the work that had been done by the GFIU particularly on its outreach and engagement program called Project Nexus.

He also moderated a session that provided a regional perspective on TIP/SOM and related money laundering trends, focusing on regional routes, methods, and payments, as well as providing an overview of a regional study conducted in cooperation with the Middle East and North Africa Financial Action Task Force (MENAFATF) on Money Laundering associated with TIP/SOM crimes.

Mr Lopez said that the event was a fantastic opportunity to share Gibraltar’s experience in this field.

“Despite our size we are able to specialise in a broad range of transnational crimes and come up with innovative ways in which to raise awareness on these types of crimes through Project Nexus,” he said.

“I am very grateful to the UNODCROMENA for their invitation.”

“Sharing Gibraltar’s efforts with countries that are affected by human trafficking and migrant smuggling is something that we are keen in promoting but it was equally useful to hear the challenges faced by other jurisdictions where we can all learn to make improvements.”

“As a finance centre and located at the cross roads of theWestern Mediterranean route, we have a unique perspective on TIP/SOM, and our ability to coordinate intelligence effectively is crucial to combat one of the most profitable crimes in the world.”

As part of Project Nexus, the GFIU used its social media platforms to raise awareness on TIP/SOM over the month of August.

It also launched its latest e-Nexus workshop on its e-Learning system providing those working in Gibraltar’s finance centre with the latest information on the financing of human trafficking and smuggling of migrants.

Anyone wishing to learn more about the GFIU can visit their website www.gfiu.gov.gi.