GHITA are holding its annual hearing loss week this year to coincide with World Hearing Day tomorrow on March 3.

Reflecting on the past year Mr Triay said that the charity saw a number of positive steps on the Rock with respect to hearing loss.

Such as the formation of the Gibraltar Disability Rights Federation which GHITA is a founding member, the setting up of the Deaf Liaison Team by the Royal Gibraltar Police, Gibraltar Health Authority setting up a WhatsApp for registered deaf and hard of hearing users to access their medical services via texting.

“The creation of the Special Needs Coordination and Liaison Office at No. 6 Convent Place, Gibraltar Disability Survey organised by the Government of Gibraltar, the increasing trend of TV streaming providers including the subtitle feature to their channel offering, Gibraltar Government introducing subtitles to their posted videos.”

“And, the increasing trend of both Government and private business going online without the traditional over reliance of phone calls."

"This year World Hearing Day’s theme is “To hear for life, listen with care”. 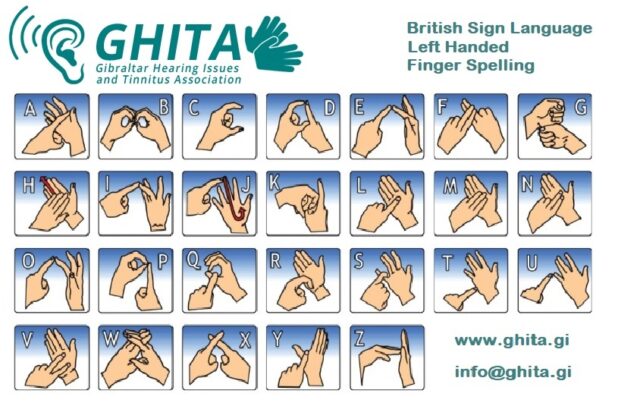 The charity has also moved the International Day of the Deaf in September to March permanently.

“The main reason for the change being that September is cluttered with other charity awareness campaigns and it is a bad month to also expect schools participation so soon with the start of their school term,” Chairman of GHITA Edgar Triay told the Chronicle.

“During this week GHITA will continue to raise awareness about barriers experienced by local deaf and hard of hearing as well as promote British Sign Language and good Hearing and Ear Care.”

World Health Organisation will be focusing on the importance of safe listening as a means of maintaining good hearing across the life course as recommended in the world report on hearing.

The key messages for World Hearing Day 2022 are:
• It is possible to have good hearing across the life course through ear and hearing care
• Many common causes of hearing loss can be prevented, including hearing loss caused by exposure to loud sounds
• ‘Safe listening’ can mitigate the risk of hearing loss associated with recreational sound exposure
• WHO calls upon governments, industry partners and civil society to raise awareness for and implement evidence-based standards that promote safe listening

The World Hearing Day 2022 will mark the launch of the 'Global standard for safe listening entertainment venues and events', an SafeListening handbook, and a media toolkit for journalists.

“GHITA and the WHO hope that the World Hearing Day 2022 will be a massive call to action,” said Mr Triay.

“We would like to take this opportunity to inform everyone that GHITA has become full member of the World Hearing Forum set up by the World Health Organisation and we have successfully organised the first online British Sign Language Level 1 course open to Gibraltar residents which started on 12th January 2022.”

GHITA is holding a flag day on March 4 outside Morrisons and Convent Place and is asking for the public’s support.

To become a volunteer, a member or to find out more about the charity: