The Gibraltar Regiment have restarted its recruitment drive now that Covid-19 restrictions have been eased.

A manned stand was set up in Casemates this week providing information on what a recruit could expect from their training and the life skills they could learn.

WO2 Michael Sanchez who is in charge of the Regimental Recruitment and Initial Training Team told the Chronicle people have been responding to the drive.

“The Regiment has many career opportunities to offer for regulars and reserves, so full time and part time,” said Mr Sanchez.

“To start off with they join as an infantry soldier and then after a couple of years we have other career opportunities where they can be in a role like a chef or a mechanic.” 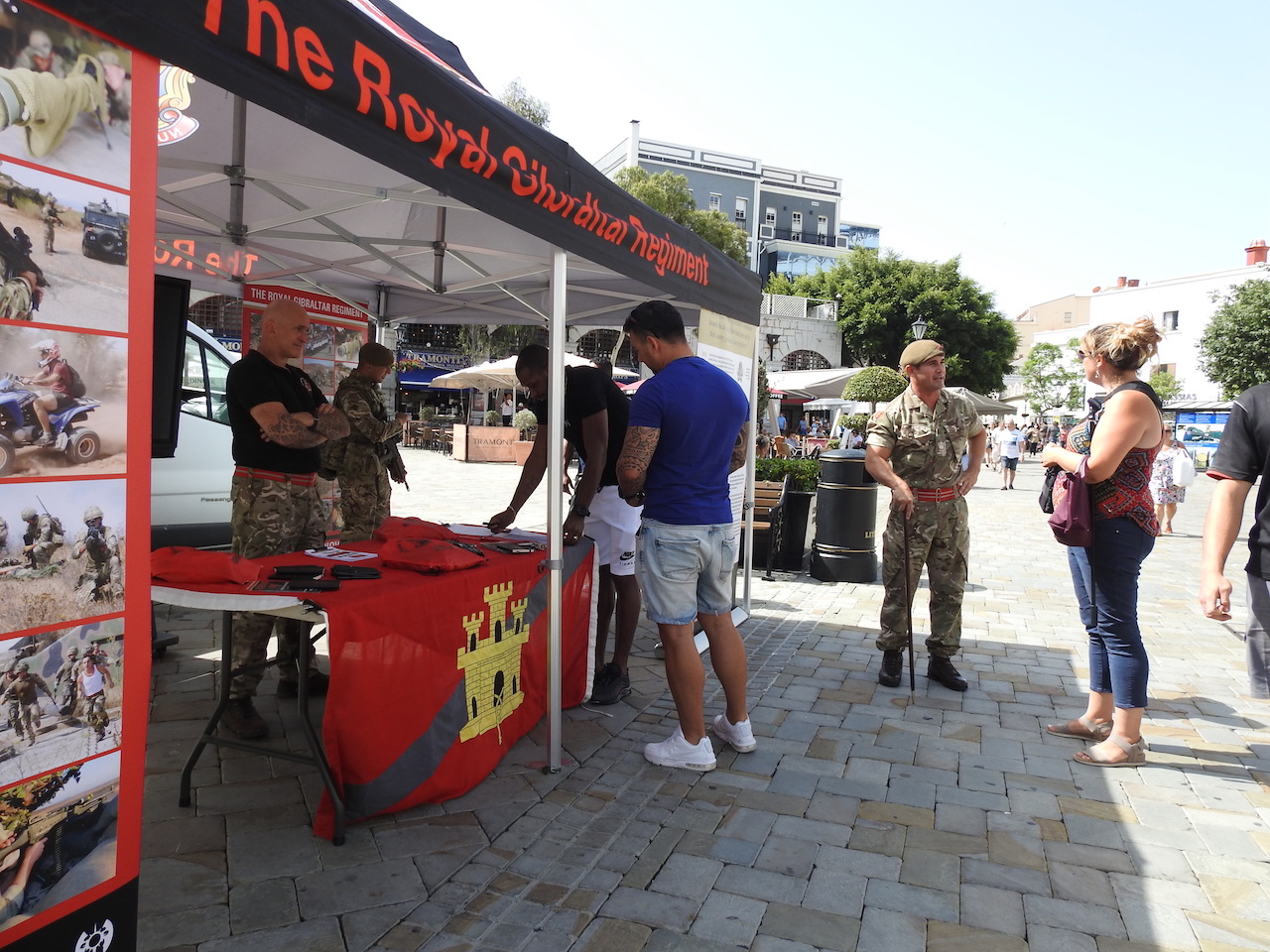 Those within the 15 year and nine month age bracket can join up they can attend Army Foundation College which is a 12 month course where participants do Phase One. 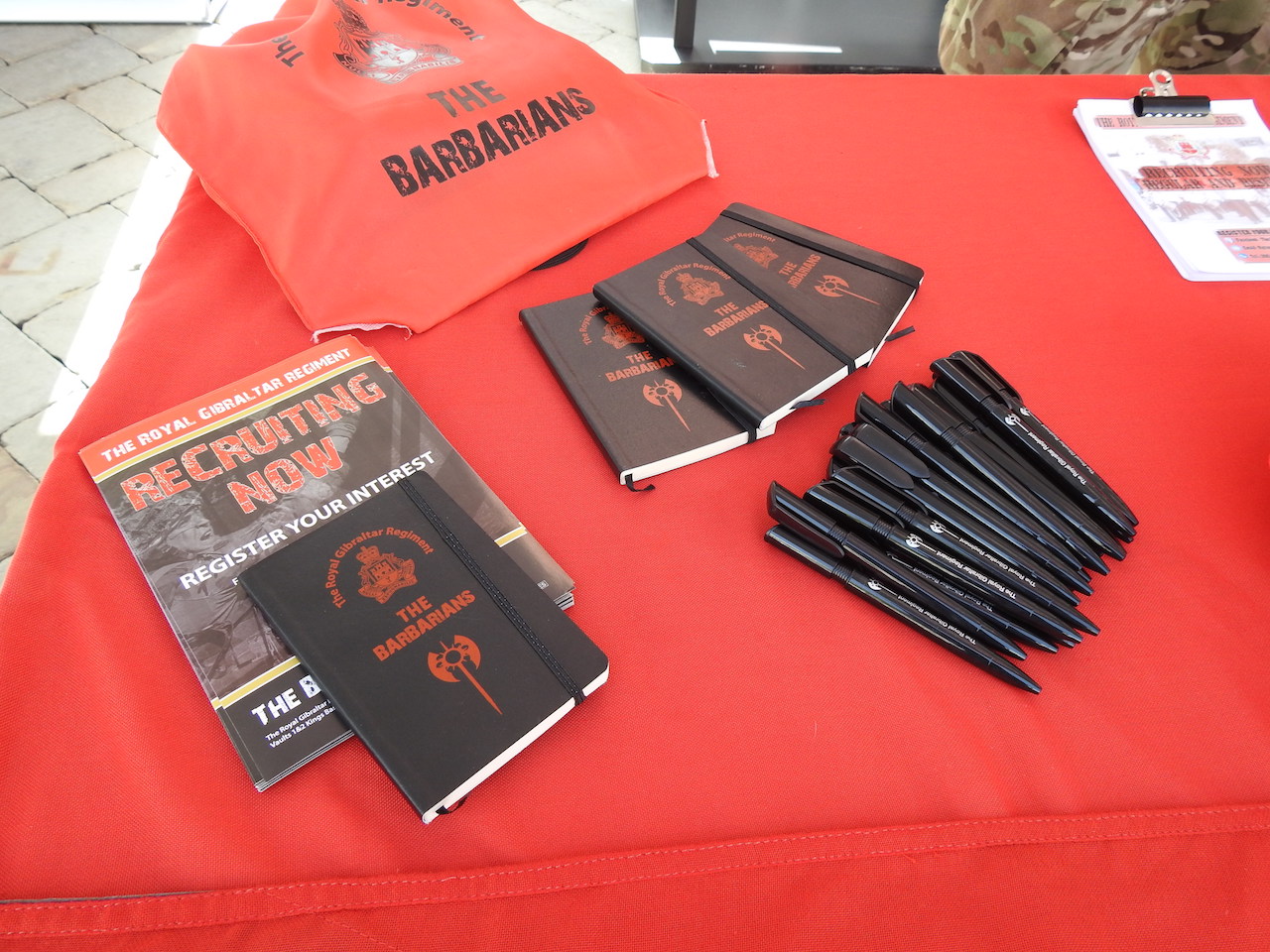 This includes education which is Level 2 English and Maths and they get paid as a recruit which is about £800.

After the 12 months they will go onto Infantry Training Centre Catterick (ITC) and do their Phase two training which takes three months. When this is completed they return to Gibraltar as a fully trained soldier.

Those wanting to join at the age of 17 will have to go straight to ITC for six months where they undertake both Phase One and Two of training. After this they return to the Regiment as a fully trained solider. They also receive £800 as a recruit.

The situation is different for reservists. You can join this between the ages of 18 and 42 and it comes with a variety of financial incentives.

“They will have to do the Phase One Bravo which is done locally over nine days. At the end there is a financial incentive of £1,000,” said Mr Sanchez.

“From the completion of that they do the Phase Two Bravo which is done over three months. It is done every Tuesday and Thursday and an odd weekend here and there. After that within ten months they need to go and do their Phase Two Combat Infantryman’s Course (CIC) in Catterick which is a two week course and yet again another financial incentive where they can get paid £1,000.”

According to Mr Sanchez the recruitment drive has seen a lot of interest from the pubic with ten potential joiners in two weeks.

For people who may see themselves as shy or not physically strong, Mr Sanchez has a message.

“Anyone can apply, obviously within medical categories, we are here not to pick on weaknesses we are here to develop people. I would say come along to an Insight weekend and see what we have to offer,” he said.

“Catch on to the experience of my team because we have the best instructors I can guarantee that, the best NCOs will be instructing those weekends and just take on what they are teaching.”

“I am pretty sure that even during Insight weekends people will develop because they will get to do things like icebreakers, command tasks which some people might thing they are shy but you put them in a certain situation and they are not as shy as they think.”

For those wishing to experience a snap shot of army life they can attend an Insight weekend. The next one is organised for October 2 and 3 and starts on a Friday evening at 7pm and end on Saturday at 9pm. 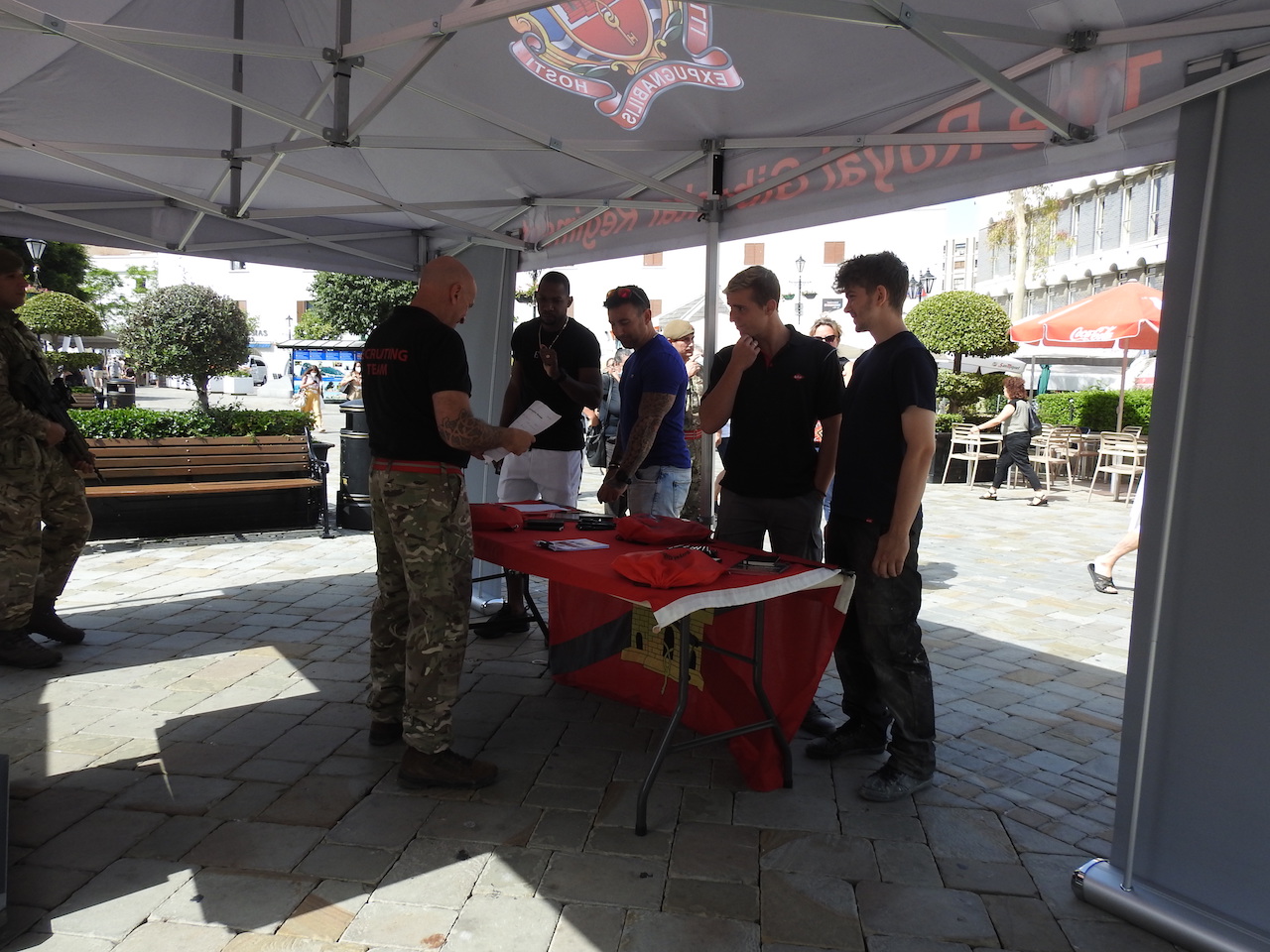 “It’s geared for fun, so individuals attend to have fun and to have an insight in what the regiment has to offer,” said Mr Sanchez.

“So we will cover all career roles, all pay, the joining process, they get the chance to do a bit of green activities like live firings.”

The RG encourages both males and females to join up as since 2019 the infantry has been gender neutral, meaning everyone is treated the same and females will receive as many opportunities as a male soldier.