The Gibraltar-American Chamber of Commerce (AmCham) has announced the establishment of an official Sister City relationship with Raleigh, North Carolina.

It is customary for Sister City agreements of this kind to be signed jointly and in person, but due to the Covid-19 pandemic, the agreement was first signed in Gibraltar and then flown to Raleigh to be signed by its Mayor, Mary-Ann Baldwin.

AmCham said the official agreement between Gibraltar and the City of Raleigh comes after a number of years of partnership building. 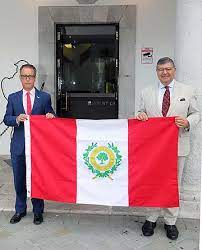 “I am delighted to have been able to sign this agreement of behalf of the Government and People of Gibraltar,” Deputy Chief Minister, Dr Joseph Garcia, said.

“This agreement, amongst many things, will actively encourage cooperation in areas such as trade, science, economy, technology, sports, education and more. This is the first Sister City agreement for Gibraltar and the Government is committed to expanding this in the future.”

The Sister City agreement with Raleigh aims to celebrate global cultures through long-term partnerships and programs, and the partnership aims to promote people-to-people diplomacy as well as economic and trade interflow between the two cities. 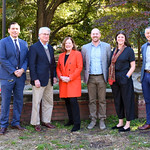 A formal exchange of the signed agreements will take place in 2022 when a delegation from Gibraltar visits Raleigh.

“We are very pleased to finalize the partnership between Gibraltar and Raleigh,” James Lasry, President of AmCham Gibraltar, said.

“Raleigh, known for the Research Triangle Park, and home to many prestigious Universities and Multi-National Companies, is a leading Capital City in the United States. Raleigh currently has the fifth best performing economy in the US (Miliken Institute, February 2021) and was recently ranked as the #2 Best Place to Live by the US News and World Report in July 2021.”

“We are especially fortunate to partner with such an exceptional city. We are looking forward to more of our stakeholders in areas including education, culture and business getting to know each other during the duration of the forthcoming 10-year partnership that has been agreed.”