The Interregional Trade Union Council – South comprising unions from both sides of the border - distributed flyers to cross-frontier workers yesterday morning in order to make them aware of its existence and the assistance it can provide in the lead up to Brexit.

The IRTUC comprises four unions namely Unite the Union, Gibraltar NASUWT, Union General de Trabajadores and Comisiones Obreras de Andalucia, and is one of approximately 50 such structures in Europe between bordering countries. 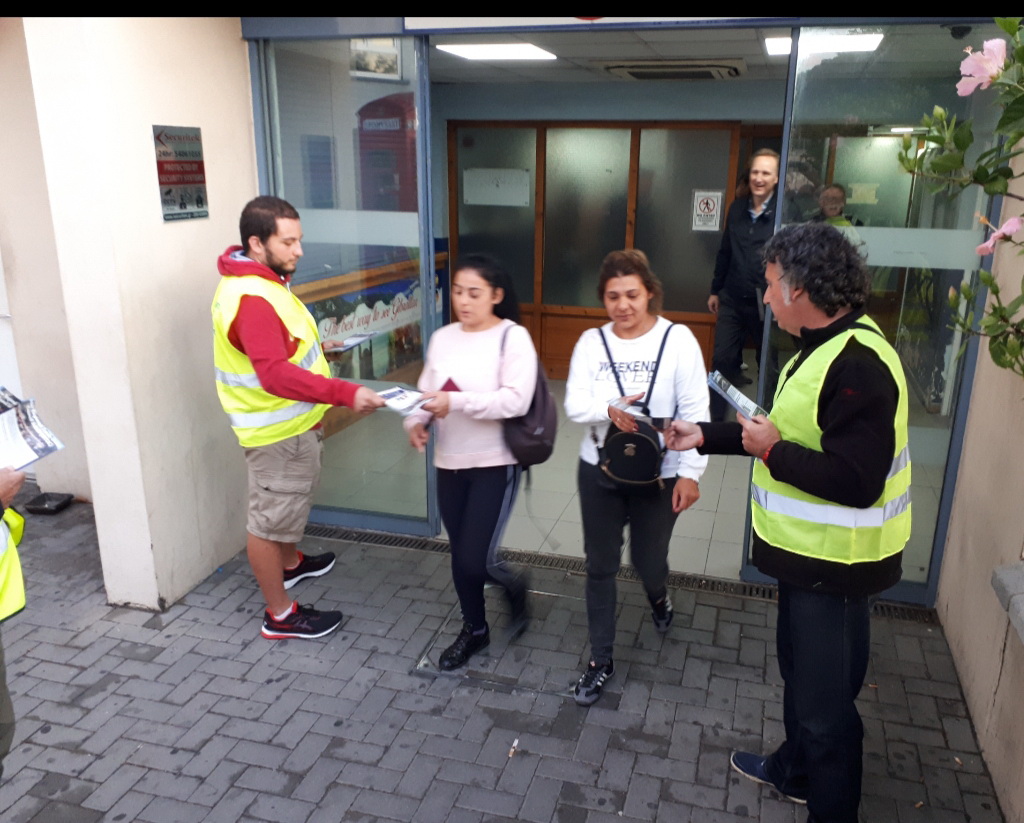 The leaflets handed out by the group highlight the potentially serious consequences for cross-border workers as a result of Brexit.

In this regard the group highlights labour rights, taxation, unemployment benefits and pensions, transport, healthcare and border crossing.

Victor Gonzalez of IRTUC South, said the groups aim was to protect the interests of cross-border workers as Brexit looms.

He explained that IRTUC South is a member of the European Trade Union Confederation which has a “very strong voice” in the European Commission and Parliament and, in addition, provides direct access to Europe for the unions.