The eleventh meeting of the UK-Gibraltar Joint Ministerial Council on Brexit and Gibraltar took place in London on Monday afternoon.

This was the last meeting of the JMC before the UK and Gibraltar leave the European Union at midnight on Friday.

The two governments discussed the forthcoming exit from the EU as well the negotiations on the future relationship.

There was also an update on contingency planning issues, No.6 Convent Place said in a statement, offering no further detail. 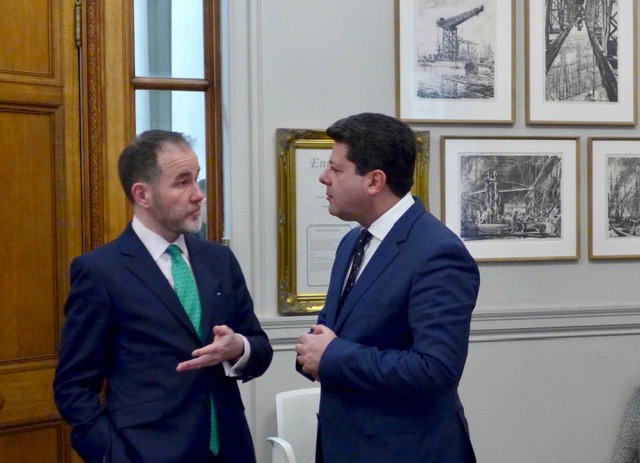 “The structure of the JMC is the highest inter-governmental forum between the two governments in respect of our departure from the European Union and it has worked extremely well,” No.6 said in the statement.

“There was a willingness to continue this format going forward.”

The Gibraltar delegation was led by the Chief Minister Fabian Picardo and included the Deputy Chief Minister Dr Joseph Garcia, as well as the Attorney General Michael Llamas, the Financial Secretary Albert Mena and the Directors of Gibraltar House in London and in Brussels, Dominique Searle and Daniel D’Amato.

The UK team was led by Minister for Europe Chris Pincher and included the Minister at the Department of International Trade, Connor Burns, and representatives from a number of different UK Government departments.