Chief Minister Fabian Picardo and the Deputy Chief Minister, Dr Joseph Garcia, on Thursday morning met with the Foreign Secretary Jeremy Hunt and separately with Boris Johnson, the two contenders to become the next leader of the Conservative Party and Prime Minister of the UK.
The meetings in London came a day after the Gibraltar delegation held talks on Brexit and the detention of the supertanker Grace 1 with Prime Minister Theresa May.
The government said the meetings aimed to ensure UK decision-makers understood Gibraltar's point of view on key issues "as quickly and as directly as possible". 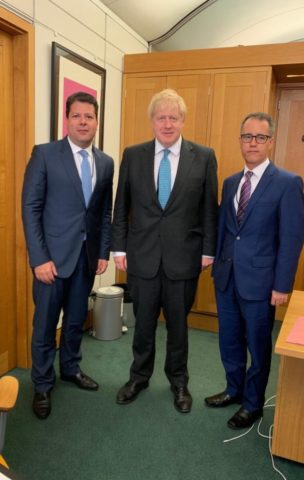 "The Gibraltar Government has developed a close working relationship with Members of Parliament in the United Kingdom from across the political spectrum and on all sides of the Brexit argument," No.6 Convent Place said in a statement.
"This sensible and methodical strategy has allowed Gibraltar issues to be properly understood across the board."
"It has also built a solid base of support for our position now and into the future based on these personal relationships." 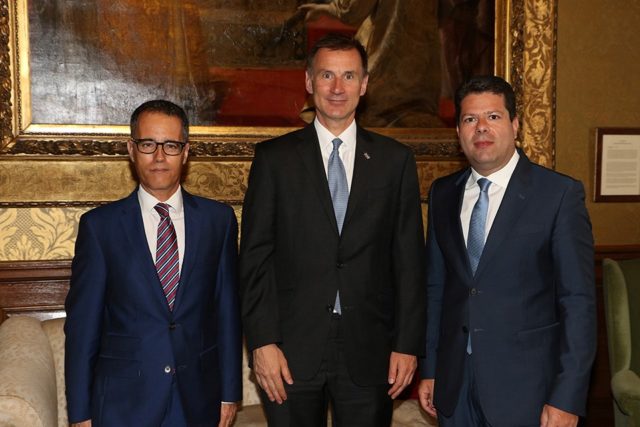 The meeting with the Foreign Secretary was focused on a discussion of the Grace 1 situation and on preparations for the UK and Gibraltar's departure from the European Union.
In the meeting with Mr Johnson, the Chief Minister was able to put across the challenges posed by Gibraltar's proposed EU departure in October.
There was also a discussion of "other Gibraltar matters", the statement added.
"The Chief Minister and Deputy Chief Minister wished both candidates all the best for next week," it said.
"The Government is very pleased that in less than 24 hours it has been able to raise the profile of Gibraltar issues with the Prime Minister Theresa May, with Foreign Secretary Jeremy Hunt MP and with Boris Johnson MP."

Govt to mark Commodore Creighton’s bravery with Medallion of Honour