The interview series ‘An Audience With...’ showcasing an array of local authors and writers will return this year as a focal part of Gibraltar Literature Week 2021.

This is one of the main events that will feature with talks running from November 8 to 12.

Details outlining contributions by other authors involved in the Literature Week programme will be announced soon.
‘An Audience With’ provides local authors with a platform to discuss their work, inspiration as well as their writing technique and styles.

These discussions will allow the public to engage with local literature and writings offering an opportunity to explore and celebrate what is being created within the community.

The sessions will be held at the Charles Hunt Room at the John Mackintosh Hall.

Limited audience tickets will be available, and the programme will be live streamed via Gibraltar Cultural Service’s social media channels.

Both morning and evening sessions will be available featuring the following authors: 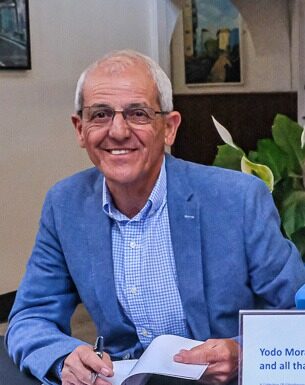 11am – Clive Beltran, former politician, educator, and author of ‘Yodo Morao and all that...’ will be interviewed by former Cultural Director, Manolo Galliano. Clive’s recent book describes Gibraltarian customs, practices, and sayings. The author writes anecdotally based on his childhood and early youth, reminiscing about Gibraltar from his perspective as part of the baby boomer generation. It is a nostalgic look back on life in Gibraltar in the 50s and 60s. 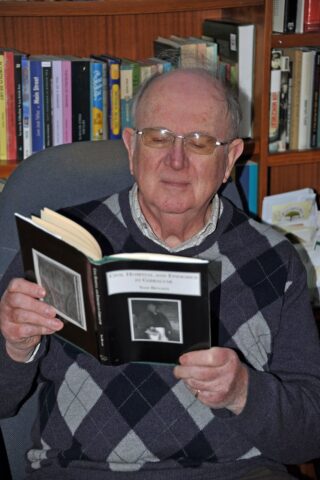 7pm – Sam Benady will discuss ‘A Lifetime in writing’ interviewed by journalist Alice Mascarenhas. Sam takes us through his life as an author exploring his different interests and writing styles. He will explore his more recent work in the form of a blog where he remained active during lockdown. Here he wrote over 150 posts on medical matters, family history, general Gibraltar history and other topics that sparked his interest. 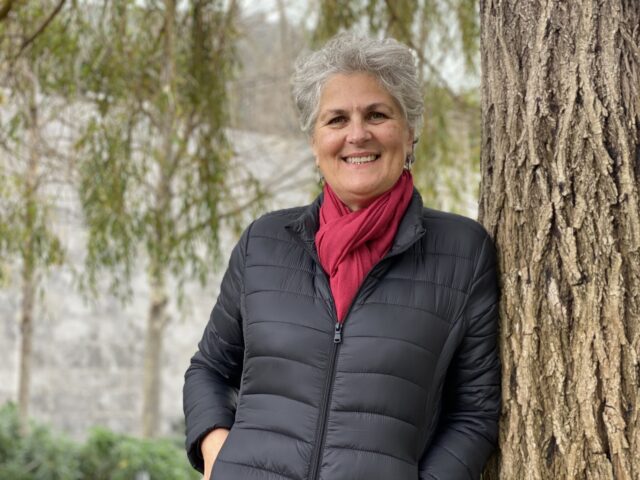 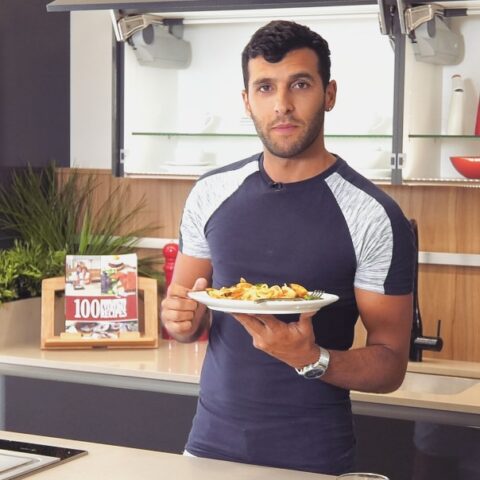 11am - Rosanna Morales and Justin Bautista will join forces to talk about vegan food and lifestyle. Interviewed by Sophie Clifton -Tucker, the duo will be talking about their most recent publications. Rosanna’s book ‘Ageing in the Garden of Vegan’, an invitation to reconnect with the natural world, providing simple and helpful guidance and Justin’s latest book ‘Mama Lotties Vegan’ with delicious recipes to tickle the taste buds. 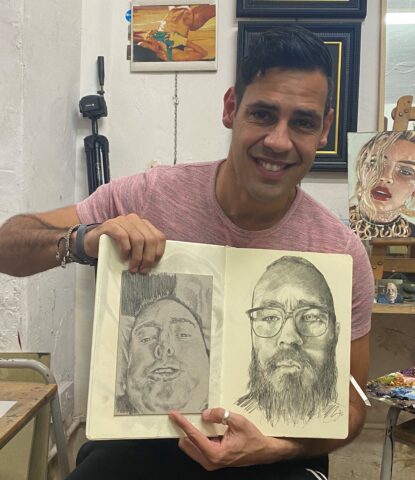 7pm – Artist and teacher Karl Ullger will be looking ahead to his publication which focuses on a selection of figurative paintings produced during the pandemic and lockdown periods (March 2020 – June 2021). Interviewed by Journalist Jonathan Scott, Karl will look at his personal response which was to focus on his art and connect to people and fellow artists online. The book represents his escape and outlet. 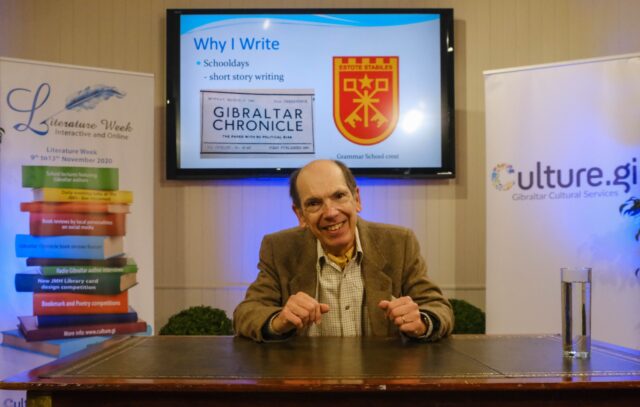 11am - Richard Garcia will be interviewed by Ian Balestrino. The Historian will be discussing his trilogy of social history books on Gibraltar in the 18th century, which have been 40 years in the making. Former Chairman of the Gibraltar Heritage Trust, Ian Balestrino will be interviewing Richard, focusing on this rich period of Gibraltar’s development as a valuable British possession, which became more than just a strategic fortress. 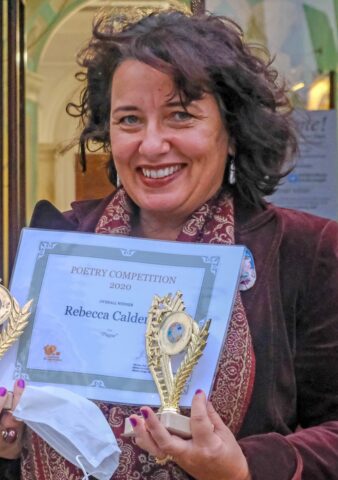 7pm – Rebecca Calderon will be joined by Julian Felice to discuss her latest book ‘Ten Thousand Words’. This publication was inspired by Gibraltar Cultural Services’ short story competition, with each tale exactly 1000 words. The stories offer the reader a sharp and poignant glimpse into a variety of worlds, eras, and situations, like trailers for longer novels they hook the reader and leave them wanting more. 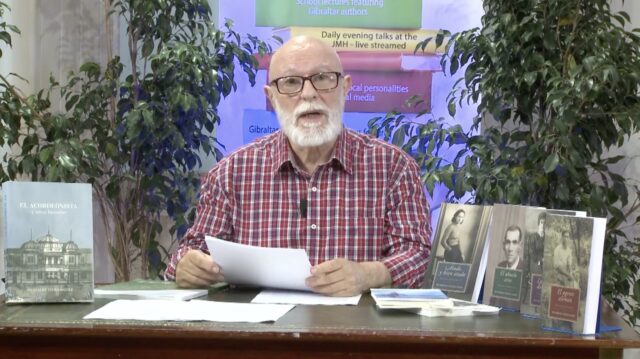 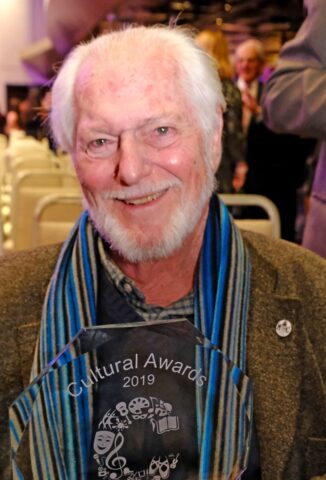 11am – Humbert Hernandez and Cecil Gomez are interviewed by Alice Mascarenhas on the biography of Cecil Gomez titled ‘A Time Remembered’ written by Humbert Hernandez. It has been described as a slice of our cultural history, an insight into Cecil and the drama group now known as ‘Group 2000’. Humbert has created a compilation reflecting 60 years of work; photographs, illustrations, reviews, and anecdotes covering over 200 productions. 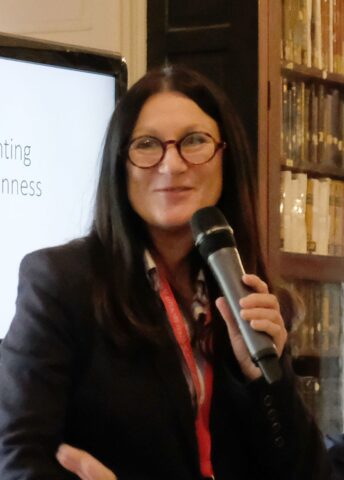 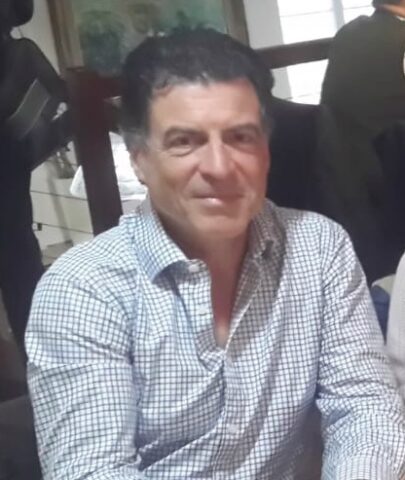 7pm – Dr Jennifer Ballentine Perera and Trino Cruz will be coming together to discuss their forthcoming journal publication for ‘SureS’ which is a special edition encompassing Gibraltar writings, art expression and literary criticism. They will share Trino’s poems which are featured and discuss if Gibraltar literature exists, an academic approach to Gibraltar’s publications and writings. 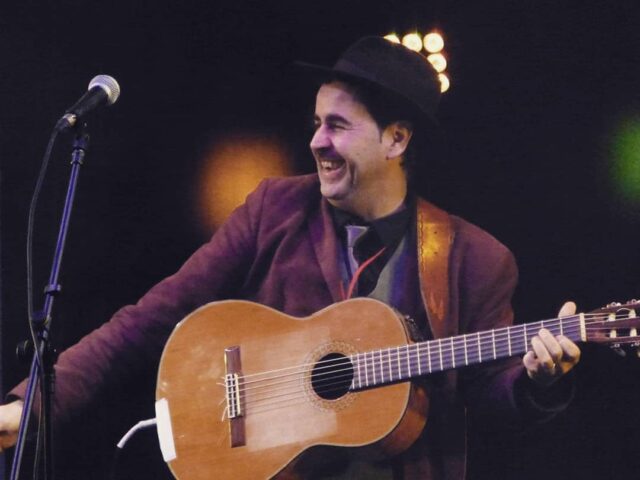 7pm (pre-recorded no live audience) - Writer, Poet and musician Gabriel Moreno will discuss his writing looking at his poetry, lyrics and music. Alice Mascarenhas will be learning more about the author’s inspiration also discussing the idea of the fusing of Spanish and English to investigate Gibraltarian identity. Accompanied by his guitar he will be performing several songs and will also talk about his experiences relating to living abroad, how he has found his own identity, and the role of poetry in the new literary cultural scene in England.

Tickets for all public events are available on buytickets.gi
More information from the Cultural Development Unit on 20049161 or email development@culture.gov.gi