HMS Dagger will be based in HM Naval Base Gibraltar and used to patrol British Gibraltar Territorial Waters, support British exercises and operations in the area and keep close watch over Gibraltar’s shores.

HMS Dagger must first undergo a rigorous set of sea trials and safety checks until she can fly a White Ensign. These trials are due to be complete in mid- 2022.

The role of the Gibraltar Squadron is to conduct maritime operations in order to provide security in British Gibraltar Territorial Waters, reassure the Gibraltarians and demonstrate UK sovereignty of Gibraltar.

Its crews also provide force protection to visiting warships, submarines and auxiliary units alongside their civilian counterparts in the Gibraltar Defence Police force. They perform this duty 365 days a year. 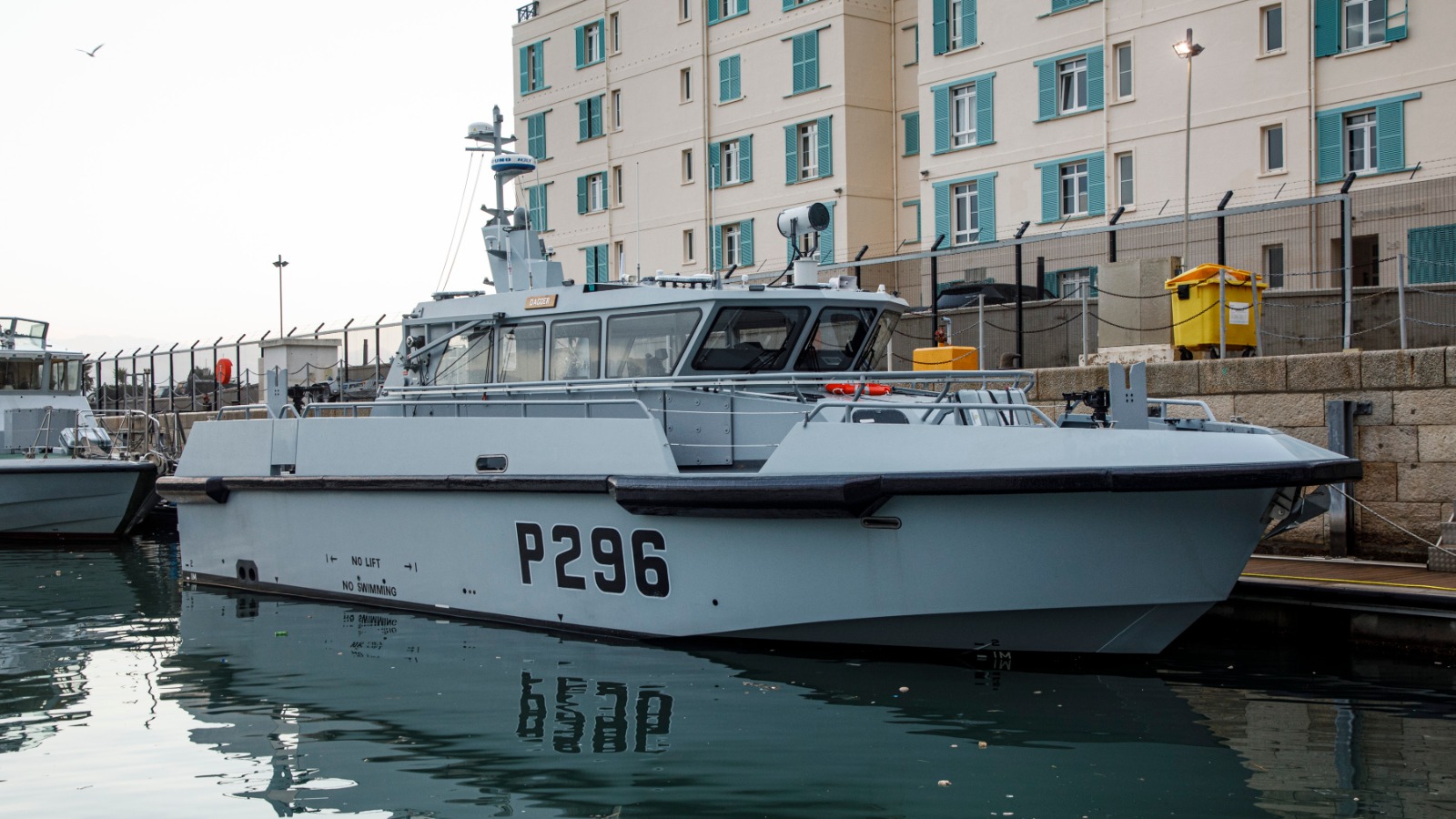 The ship’s Commanding Officer, Lieutenant Simon Holden, said: “The arrival of HMS Dagger to the Royal Navy Gibraltar Squadron is the culmination of many months of hard work by our commercial partners, Ministry of Defence and the Royal Navy.”

“This is an incredibly proud moment for everyone involved in the project and as her first Commanding Officer I am looking forward to putting HMS Dagger through her paces and getting her operational as soon as possible.”

“She is now going to conduct several sea trials prior to raising the White Ensign in mid- 2022.”