The Governor, Sir David Steel, paid a visit to the 5th Gibraltar Sea Scouts Group at their Headquarters in Waterport.

He was introduced to the Section Leaders of the Group whilst a lone piper played Highland Laddie as the Salute to the Chieftain and Black Bear. 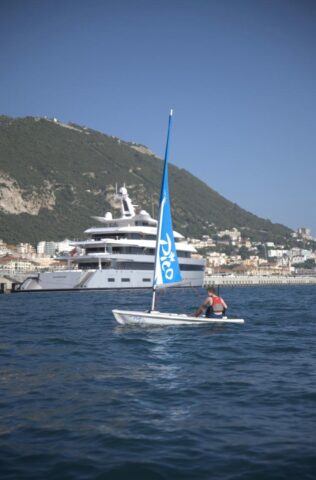 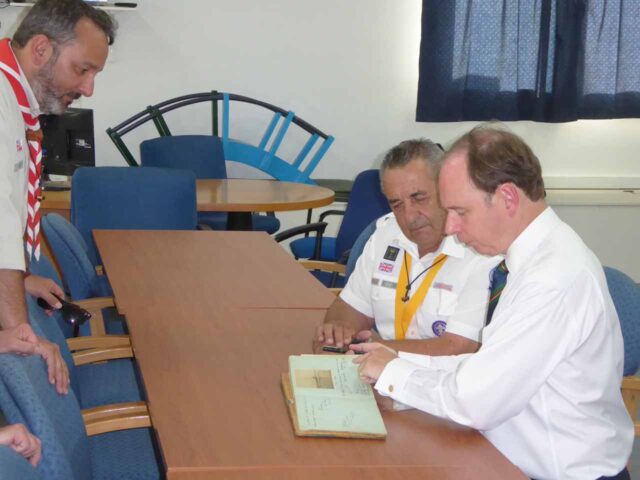 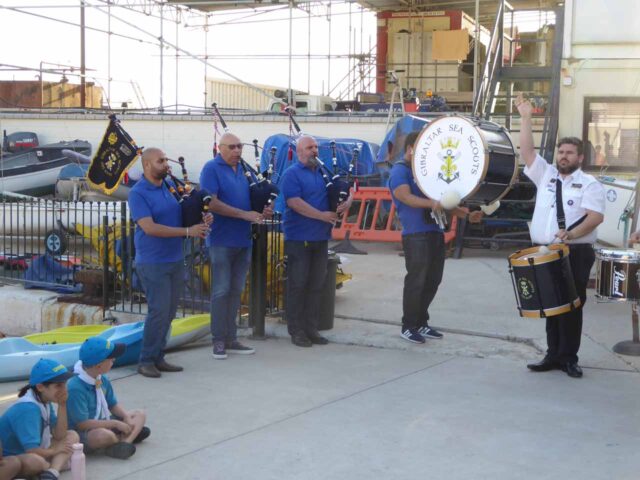 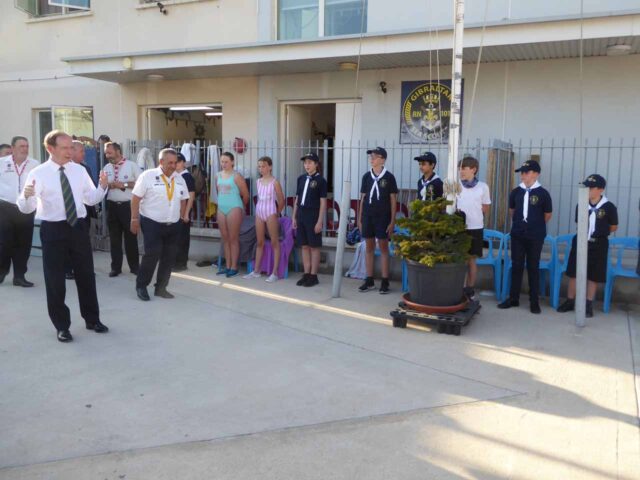 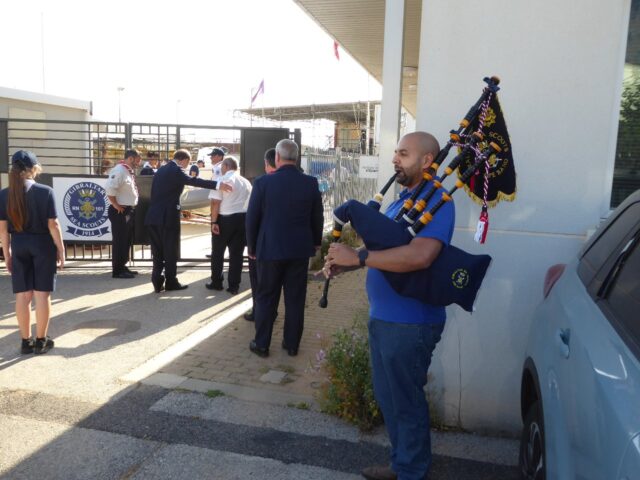 All the sections that make up the Group were in attendance including the Beavers, Cubs, Scouts, Explorers and the Pipe Band.

Each section carried on with their activities whilst the Governor watched with keen interest. The Governor was then taken on a boat ride to watch our Explorer Scouts out at sea on our sailing boats and kayaks.

Sir David was then treated to a medley of bagpipe tunes performed by a few members of the band.

The Governor was given a tour of the clubhouse and showed photographs and transcripts dating back quite a few decades. He was very impressed with the wealth of history associated with the Group and particularly with photographs of the Sea Scouts marching down Main Street with the crew of HMS Amethyst on its last lap home following the Yangtze incident in 1949. 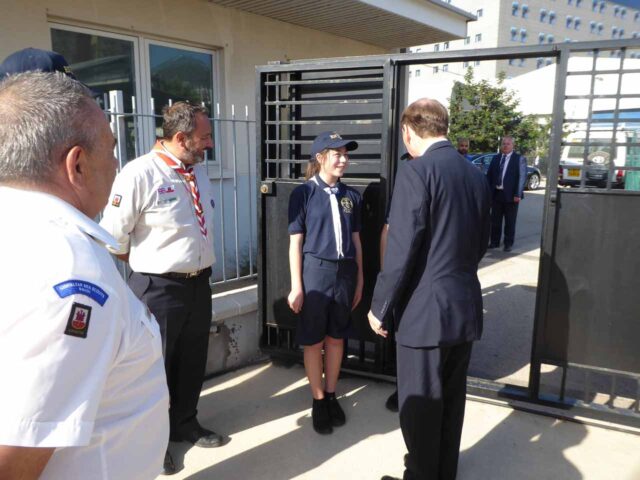 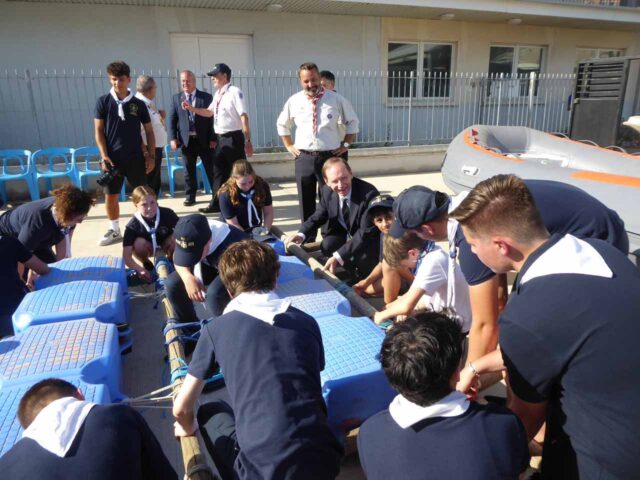 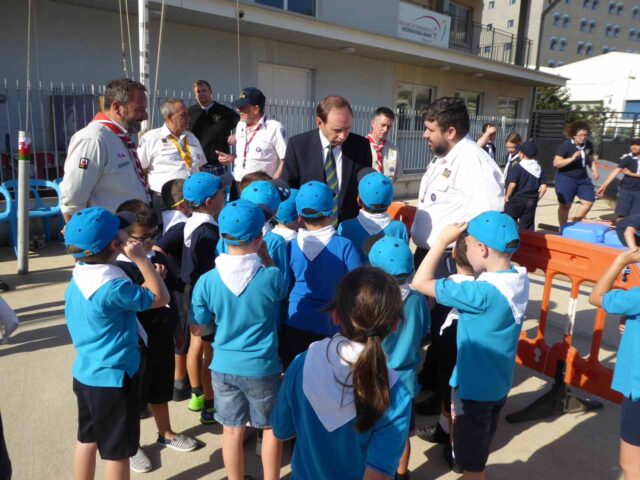 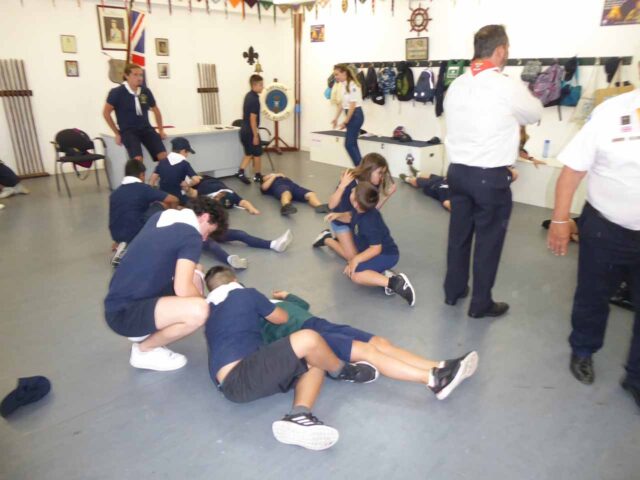 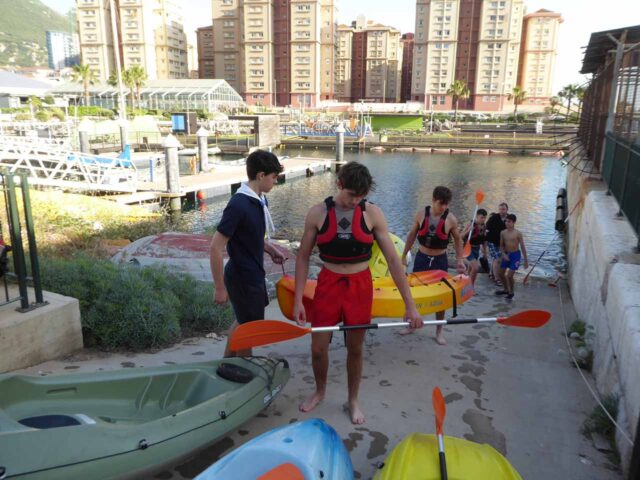 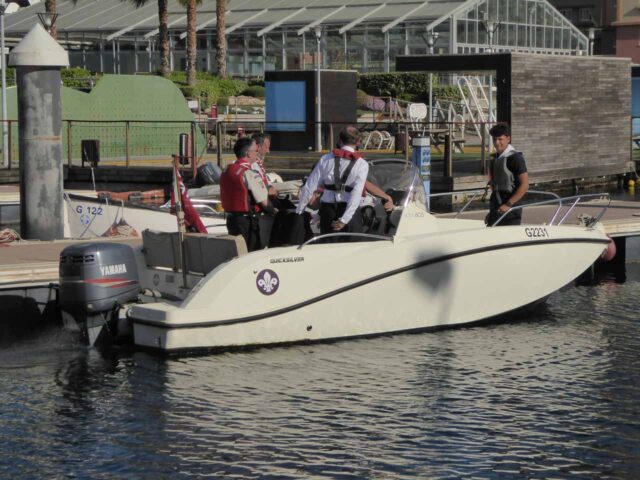 Before his departure the Governor signed the visitor’s book and was then presented with the Group’s tie and bosun’s cap to commemorate the occasion.

The Gibraltar Sea Scouts thanked Tony Segovia and Senior Sailing Instructor Miguel Galiano of the Royal Gibraltar Yacht Club who gave up of their time to instruct the Explorer Scouts.