The Gibraltar Government will today announce the creation of a new multi-million reclamation project and subsequent development within the harbour, to be known as Victoria
Keys.

The reclamation, situated inside the harbour basin adjacent to Coaling Island, aims to create up to 60,000 square meters of new land area.

This will provide an additional 100,000 square meters of residential buildings with leisure, community, retail and commercial space, the government said.

The commercial terms have been agreed upon and the project will be undertaken by Harbour Developments Limited, a consortium made up entirely of locally-based developers.

In a statement to the press, the government said the land created will provide for the sustainable growth and expansion of the City of Gibraltar on the western side of the Rock, for the next 10 years.

A spokesman for No. 6 said: “In consideration for carrying out the entire reclamation at practically no cost as contractor for the Government, the developer will be granted a lease for 50% of the northernmost side of the reclaimed plot.”

“The reclamation costs will be financed by a Government owned company on a fully secured basis using funds raised from the £300 million institutional investment in Gibraltar.”

“Once the reclamation is complete, the Government owned company will be repaid, with interest, and additionally will also receive a prime site (being 50% of the southernmost side of the reclaimed plot) with a guaranteed value of £25 million.”

“This mechanism ensures that the entire reclamation is carried out at practically no cost to the taxpayer.”

“Government will also, as part of the transaction, receive a 20% share in the equity of the developer.” 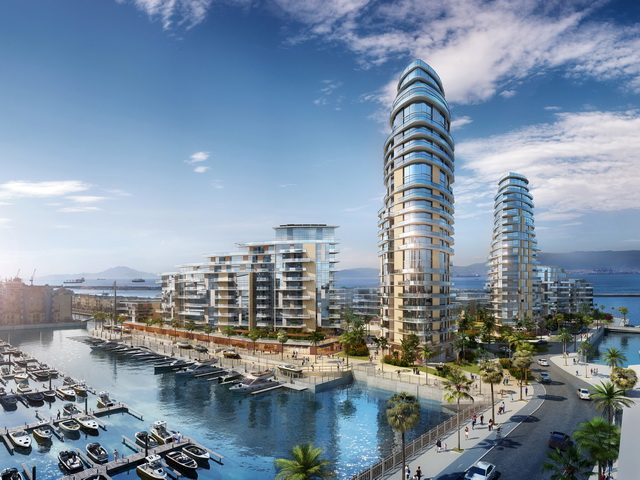 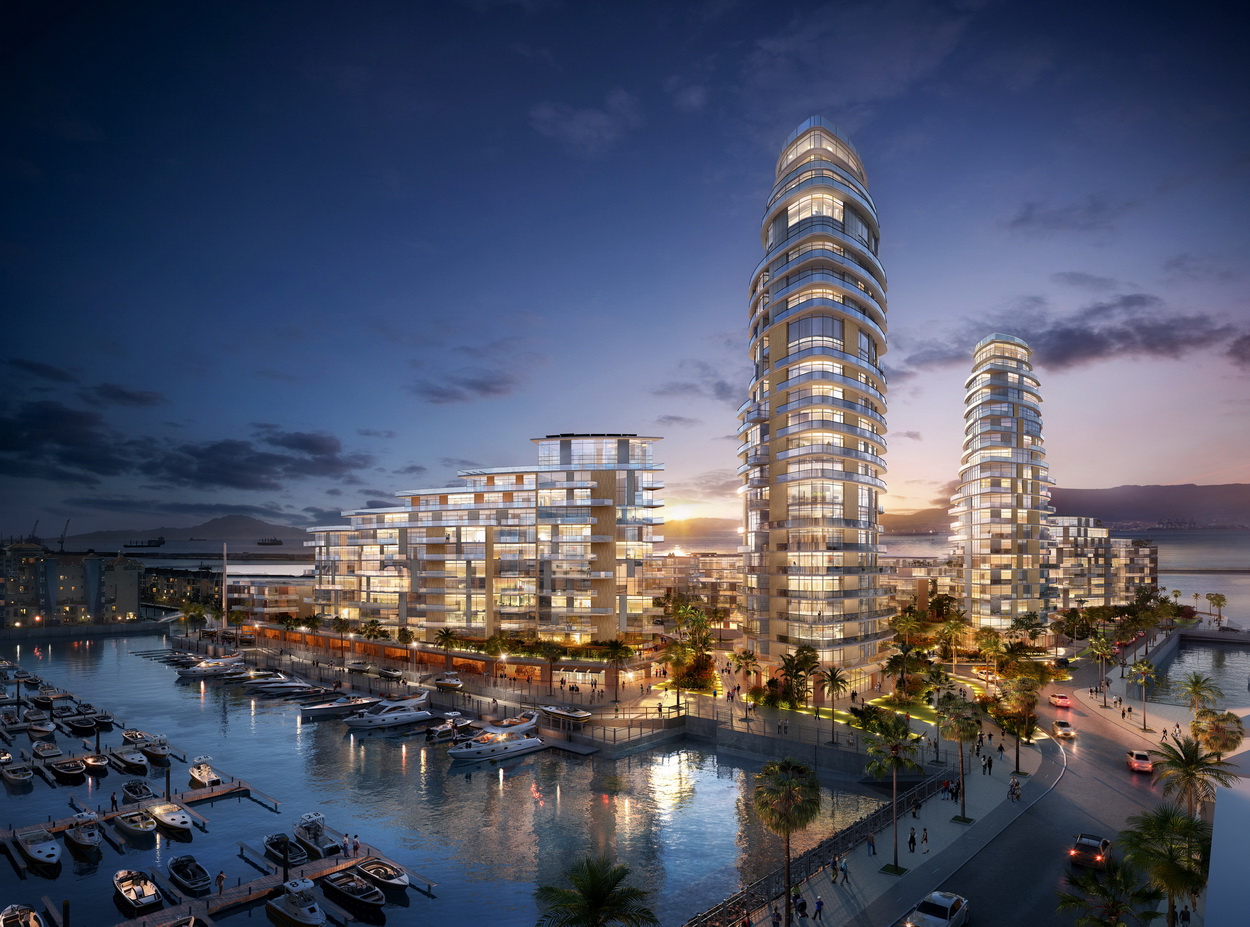 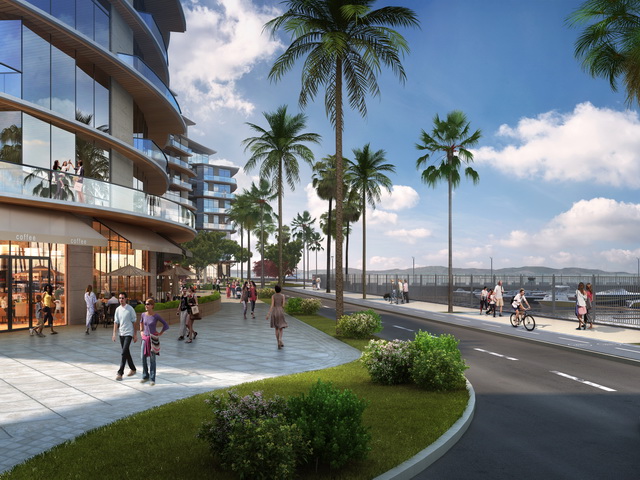 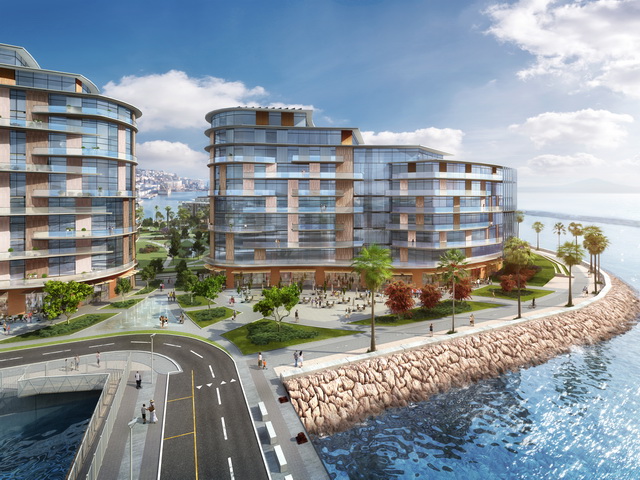 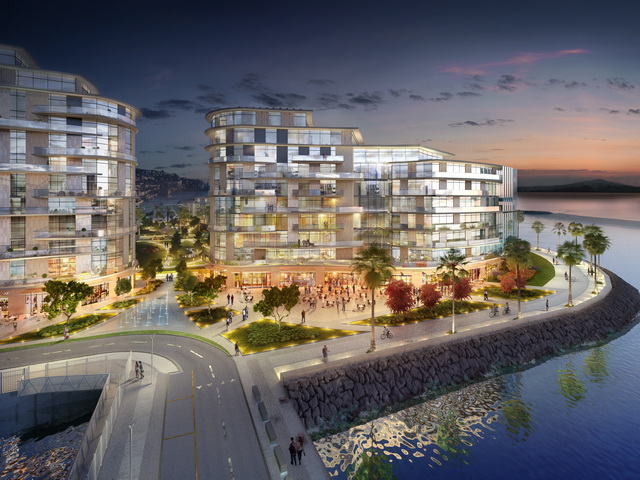 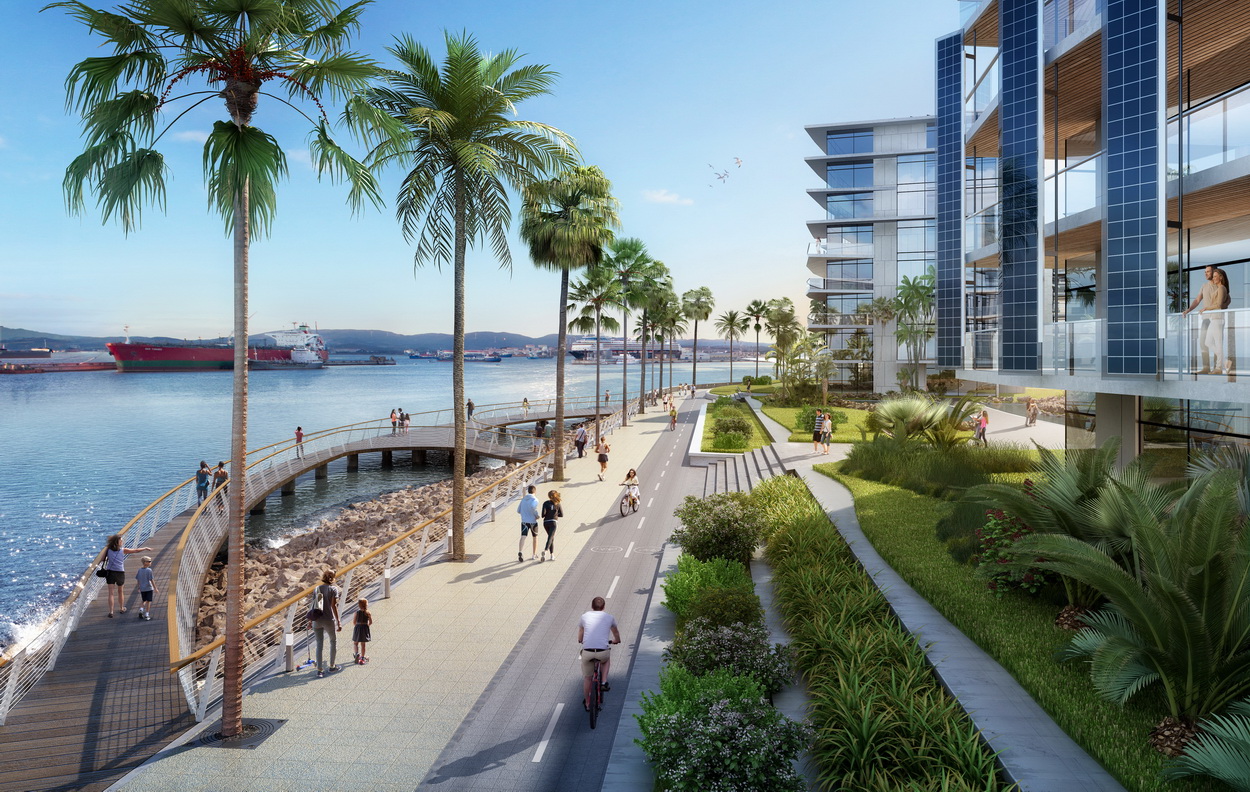 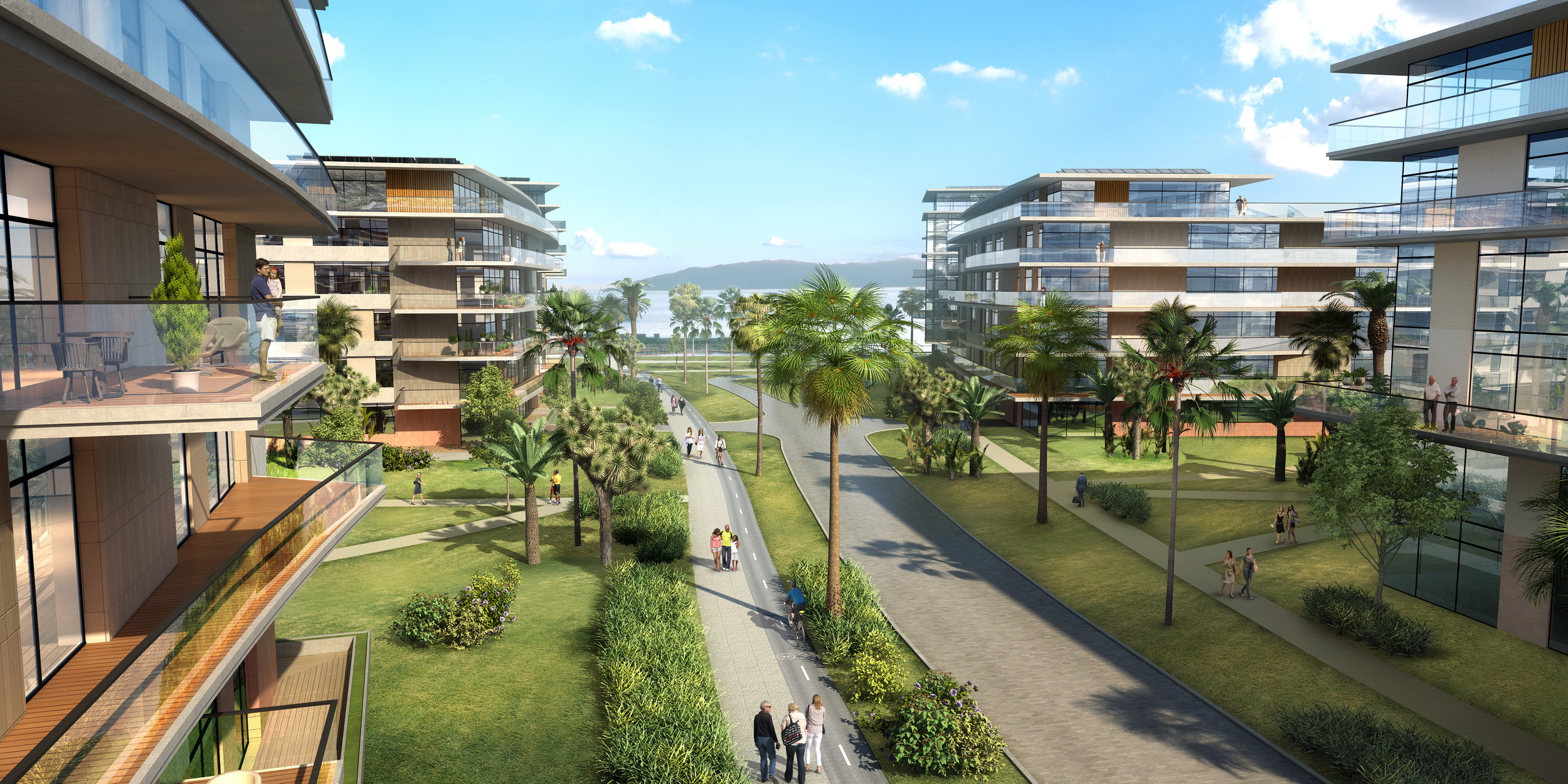 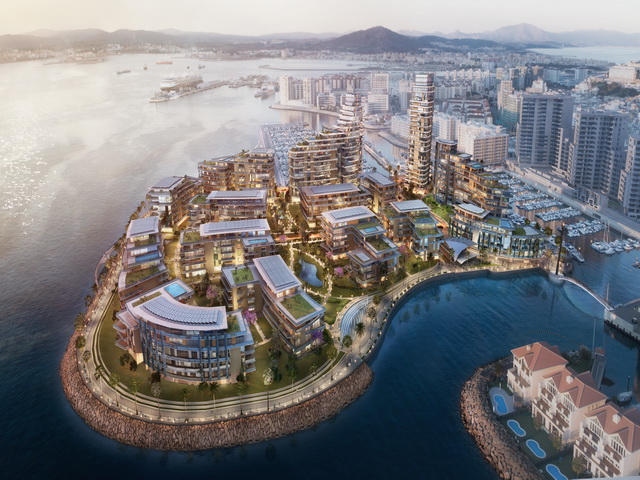 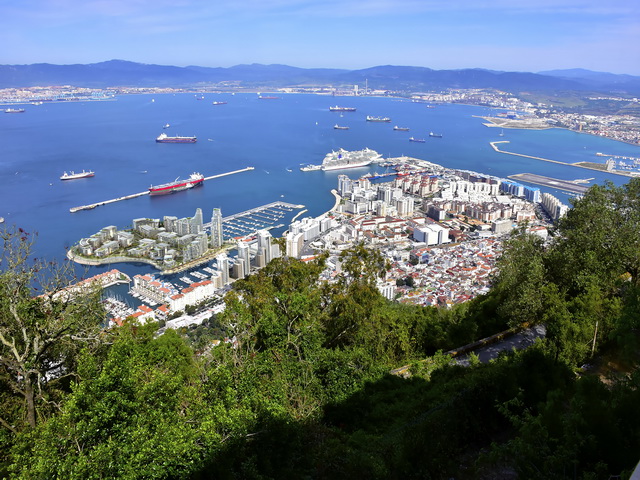 The overall deal also ensures that this site of approximately 11,500 square meters is developed in unison with the reclaimed plot.”

“Together with the Coaling Island site, the Victoria Keys development will complement the natural growth of our modern city for decades to come.”

“It will create significant recreational areas for the community and provide public access along new stretches of our harbour and marinas.”

The developer will keep in line with the government’s policy to reduce traffic by eliminating most of the road traffic by having all parking and traffic move underground.

The development project will be discussed the Development Planning Commission to ensure it meets town planning regulations and the Environmental Impact Assessment procedures.

Statutory consultations with government representatives and all interested agencies and parties are due to be scheduled shortly, the statement added.

The Chief Minister Fabian Picardo said: “This deal represents yet another great vote of confidence in our tiger-like economy, and the timing could not be any better.”

“It is with a huge sense of pride that we are able to announce yet another multi-million pound project at this important juncture.”

Mr Picardo said Gibraltar’s “international prominence” has had a positive influence on budding businesses and high net worth individuals the government strives to attract to
Gibraltar.

He added: “It is precisely projects like these that encourage and facilitate these relocations; they ensure that new businesses wanting to relocate to our Rock are able to secure accommodation for themselves and their workers.”

“Importantly, it also provides a new offering for local residents, a demand that has and is proving insatiable given the popularity of more recent private developments.”

Mr Picardo said as the use of this area was being considered, it became increasingly clear that development needed to be carried out cohesively with the existing Coaling Island.

He said: “A larger site would deliver the best future proofed project for our community.”

With the continued requests for commercial space and its knock-on demand for residential accommodation, Mr Picardo said it was essential this this opportunity was exploited to the
fullest given that no other reclamation is planned outside of Port waters.

“There will therefore be no reclamation outside of Port waters before the end of the currently envisaged transition period under the EU Withdrawal Agreement, if there is one,” he said.

“The agreement over Coaling Island, however, dates back to the former administration.”

Mr Picardo said the reclamation will be created “in keeping with all environmental protection rules”, with the guidance of the DPC and using the “rubble mountain” on the east side so that the affordable housing project Hassan Centenary Terraces can proceed.”

Mr Picardo said this part of Gibraltar will become “our very own garden by the sea” as the Victoria Keys development will have an extensive landscaped public promenade, solely for pedestrians and cyclists, along the entire waterfront perimeter.