This year’s Mrs Gibraltar pageant saw Grace Baker win the coveted crown during an event focused on women and empowerment.

Mrs Gibraltar 2018 Kathleen Victory crowned her successor Ms Baker to cheers and applause from the audience.

Ms Baker then took her seat in a replica ‘Iron Throne’ from the hit series Game of Thrones.

Just moments after her crowning she told the Chronicle she was “shocked” and “surprised” to have won.

Ms Baker added she has made great friends with the contestants.

“I have made really good friends,” she said.

“All of us have got along, which is really important and has made the pageant a lot of fun. It has been hard work, but has definitely been worth it.” 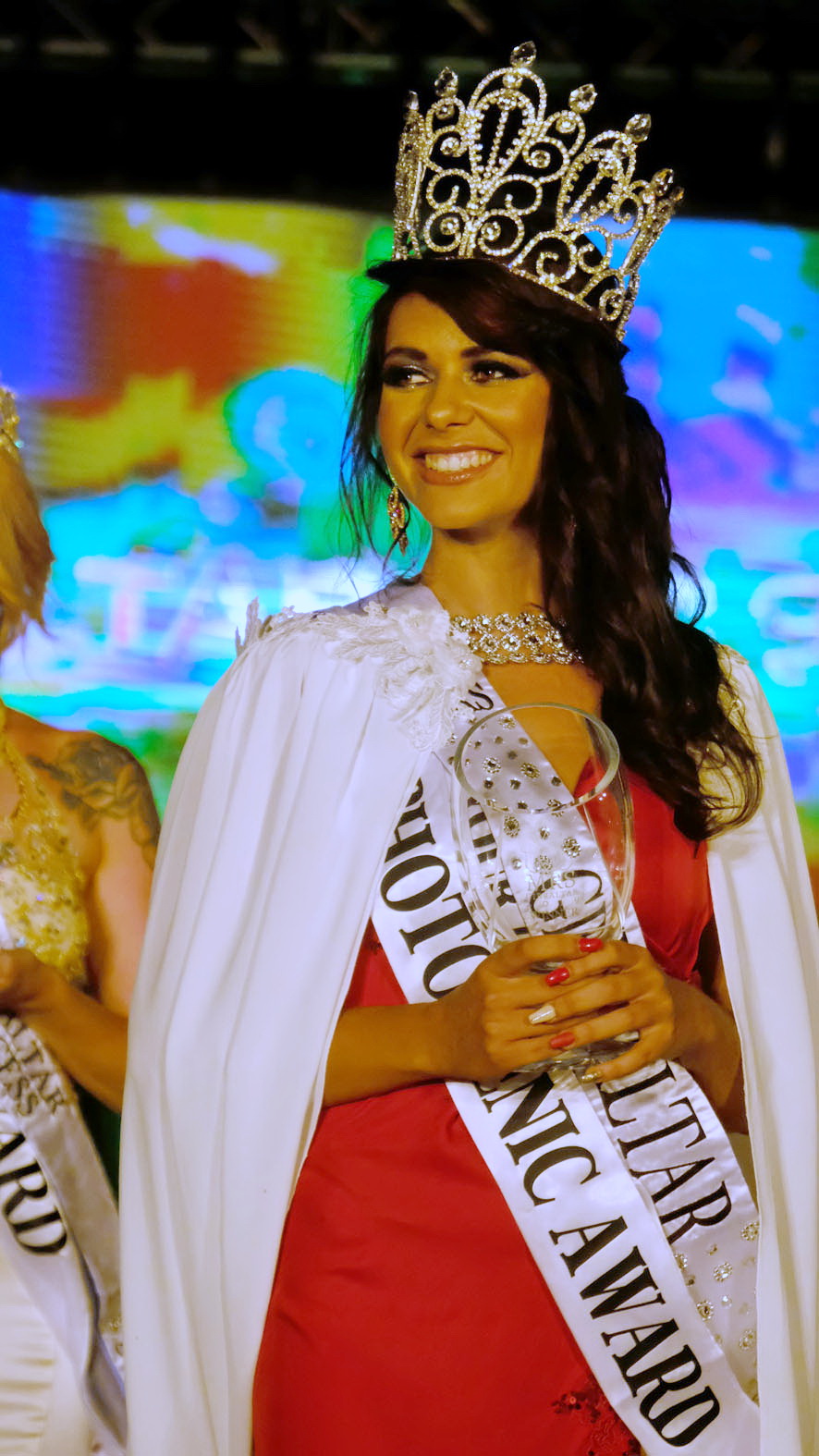 Ms Baker is now looking forward to her reign as Mrs Gibraltar 2019 and the rest of her journey.

Last Friday eight contestants vied for the crown at the pageant held in the Alameda Open Air Theatre.

Claire Rodgers was crowned first princess with the prize of second princess awarded to Karina Ortiz. 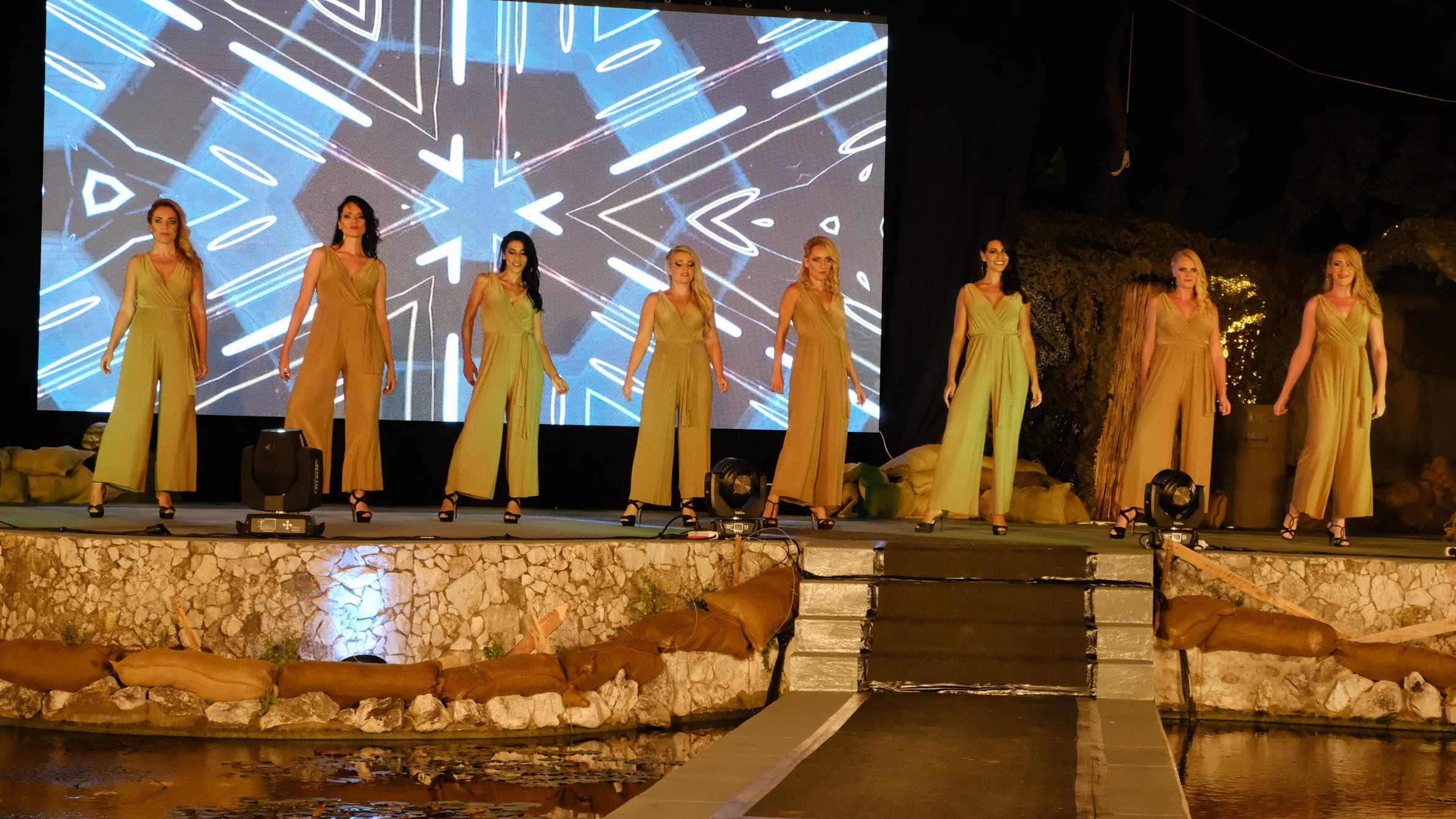 Organisers Mark Andrades and Angel Ressa presented the live show, which celebrated women, their achievements and their contribution to society.

Despite some technical glitches, the show now in it’s fifth year was a fun event.

The event kicked off with a video presentation showing the ladies dressed in camouflage ready for battle.

The opening sequence was homage to women serving in the armed forces.

The pageant also raised awareness of domestic violence with an informative video, which was presented by former Mrs Gibraltar’s Serika Garcia (2015) and Rachel Martinez (2016). 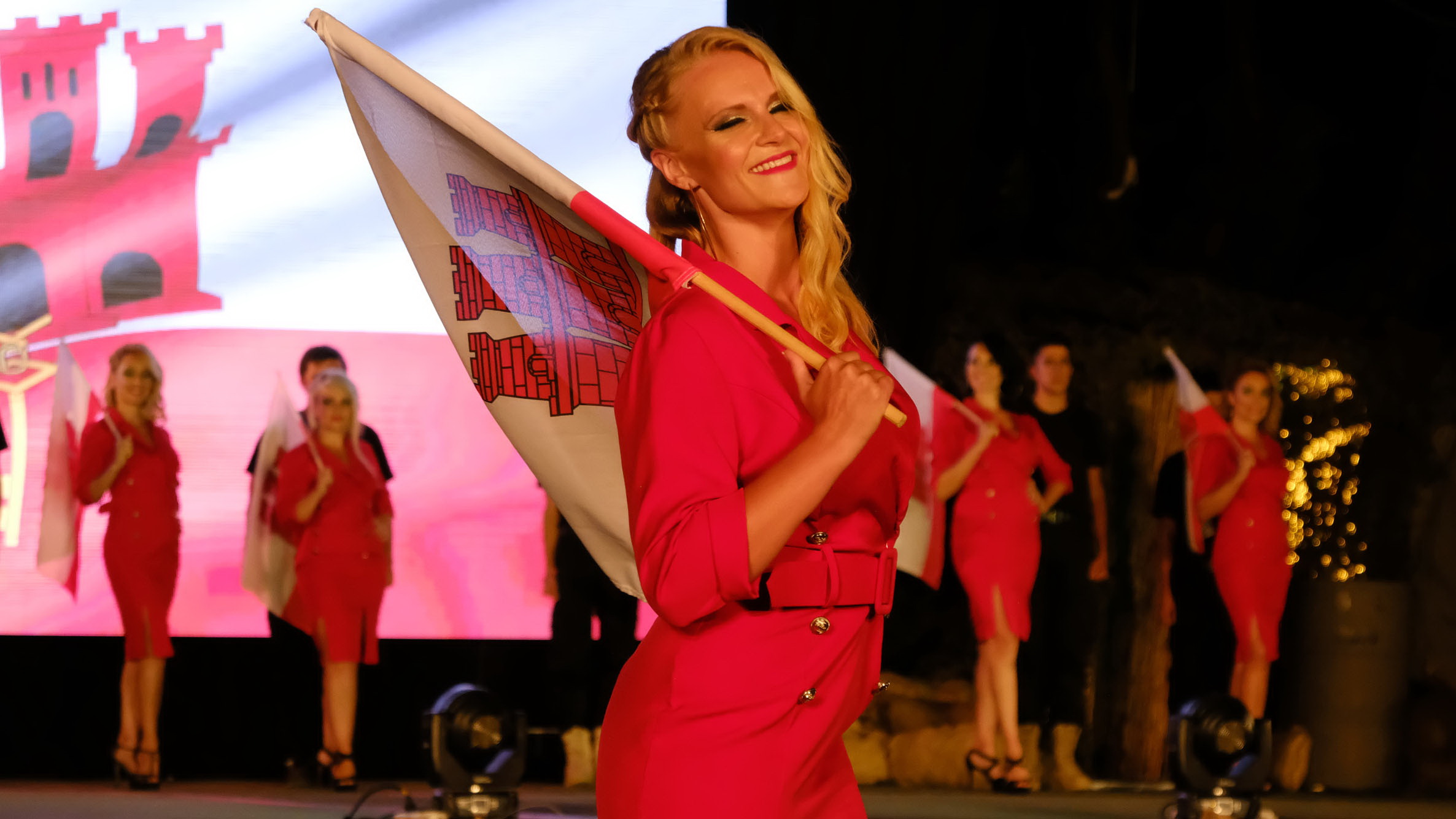 Throughout the pageant journey the contestants have undertaken charity work and raised £300 for the Nautilus Project.

Mrs Gibraltar 2017 Megan Danino conducted the interview round, but with a twist.

Instead of answering questions the contestants prepared a short presentation on an empowering woman. 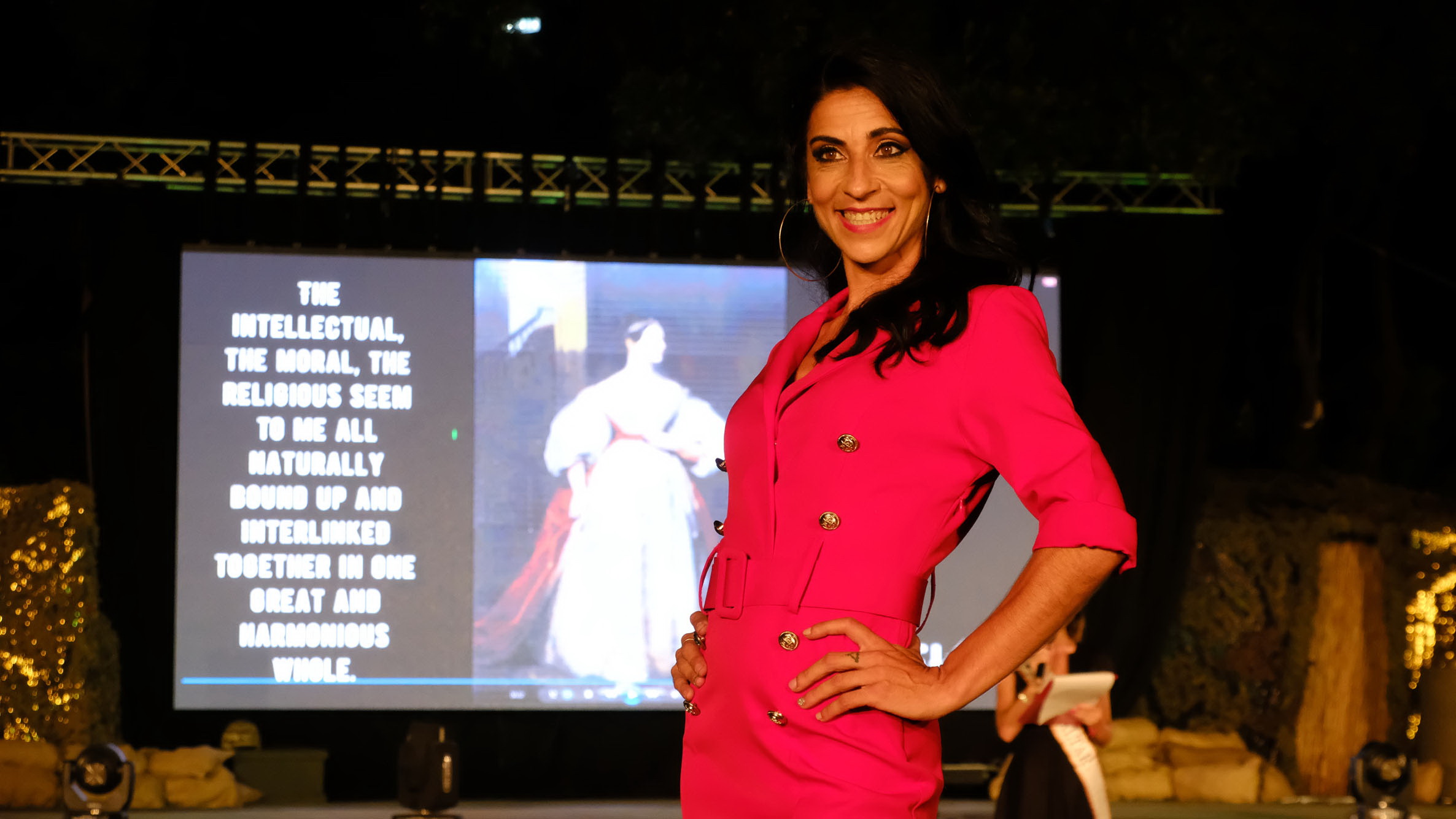 Mrs Danino then took to the stage to perform ‘Fighter’ by Christina Aguilera.

The evening dress round saw the contestants wear shimmering gowns in a bid to give their last winning impression to the panel of judges.

An array of prizes was awarded at the end of the evening. 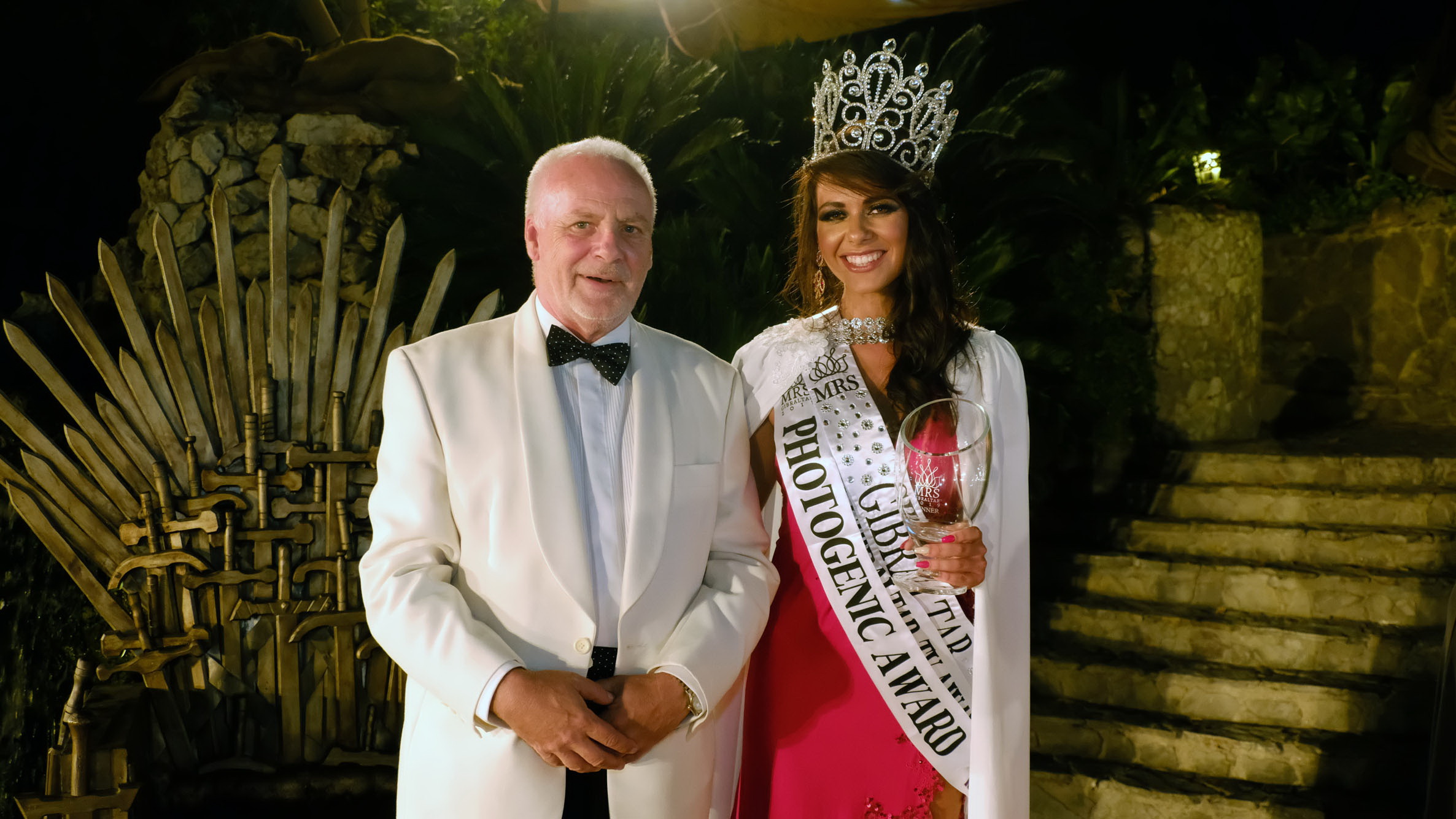 The Ideal Productions award voted by the production team for the contestant who gave the best effort was presented to Christina Mendez.