A limited edition bottle of Heinz Tomato Ketchup inspired by Ed Sheeran's tattoos will go on display at the Victoria and Albert Museum.

The singer-songwriter joined forces with the brand earlier this year after talking about his adoration for their famous red sauce, with Heinz producing 150 limited edition glass bottles in his honour to mark their 150th anniversary.

The design included his tattoo of the Heinz Tomato Ketchup label - which he has etched onto his arm - a tattoo sleeve and a bespoke amplifier case, and every bottle was personally signed by the Shape Of You singer.

Three of the bottles were auctioned, but the majority of the 150 that were created were given away or sold to raise money for charity. 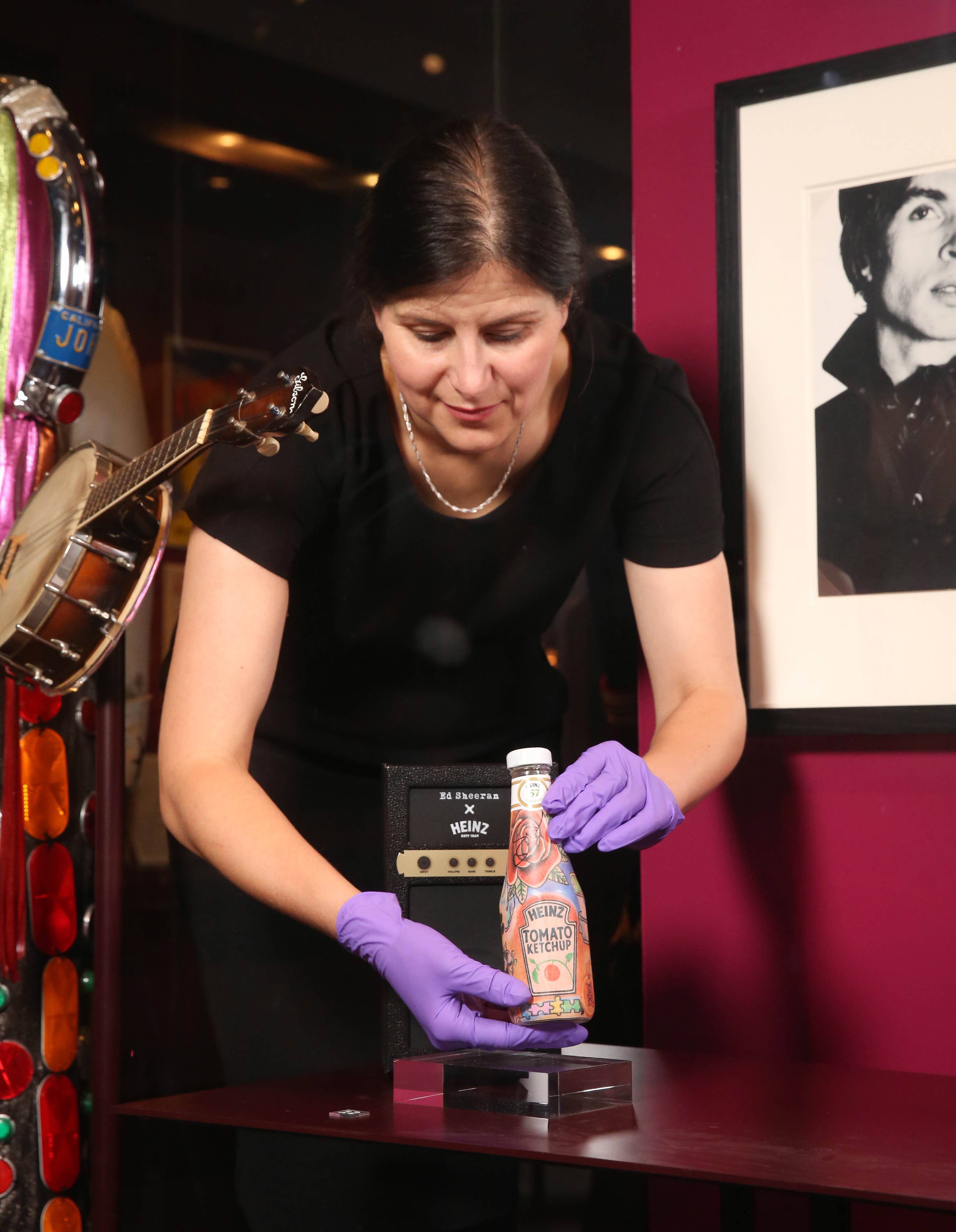 The bottle has been donated by Heinz to go on display in the Theatre and Performance gallery at the Victoria and Albert Museum (V&A), which looks to explore the role of music and performance in the contemporary world.

Ramona Riedzewski, head of collections management at the V&A, said: "The iconic glass Heinz ketchup bottle is a familiar sight across the world.

"This limited edition design, based on Ed Sheeran's tattoos, brings together many layers of art, design and performance enabling us to explore the modern-day world of celebrity culture, product endorsement and design, performers and the role of social media.

"It is a wonderful object to question the role of museums and what we collect, and is a powerful example of an open dialogue created through social media."

The bottle will be on display in the exhibition alongside pieces including Beyonce's Papillon Ring by jeweller Glenn Spiro, and a Madness newspaper suit.

Sheeran, who claims he is the condiment's "biggest fan", also produced his own Heinz Tomato Edchup earlier this year as part of his partnership with the company, and he wrote and starred in a TV advert for the product.