The Royal Navy Offshore Patrol Vessel HMS Trent made her maiden call in Gibraltar on Sunday for programmed logistics support as part of the ship’s first overseas operational deployment.

Following her commissioning service, HMS Trent sailed from her home base in Portsmouth last Monday and will head into the Mediterranean after visiting Gibraltar to join Operation Sea Guardian, led by NATO and charged with providing maritime security in the region.

The ship is likely to be a regular visitor to the Rock over the coming months.

The River-class offshore patrol vessel, the third in the series, will work with the UK’s allies and partners in the region on common interests, the UK Ministry of Defence said.

Only two-thirds of the ship’s company will be on board at any time while operational, with a three-watch system employed to give one-third of them time ashore for leave, collective or individual training.

“This helps keep the ship available at sea for 320 days a year whilst allowing time to maintain a more sustainable work-life balance,” the MoD said. 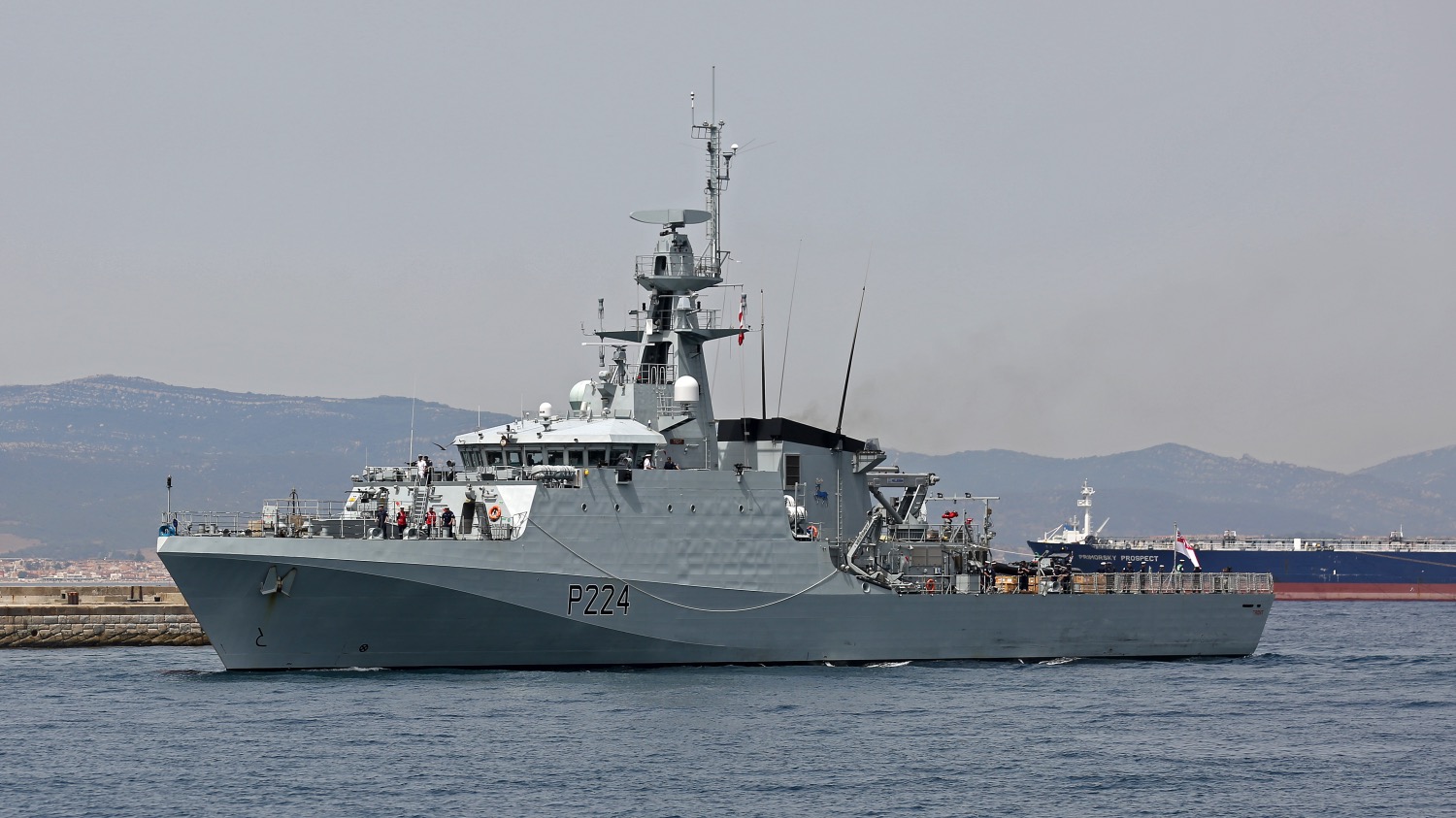 The ship is equipped with a flight deck and boasts increased speed and endurance, as well as space for up to 50 embarked troops.

This allows her to be deployed in a variety of her roles over the course of her deployment, such as maritime security, humanitarian relief or defence engagement to achieve any required mission, the MoD said.

Prior to leaving the UK, the ship's Commanding Officer, Lieutenant Commander James Wallington-Smith, said: “The exceptional progress we’ve made over the last eight months has demonstrated what my ship’s company and the ship are capable of, and I couldn’t have hoped for a better start to her service career.”

“While many of our colleagues across the Armed Forces have been actively assisting with the Government’s response to the Covid-19 epidemic through the last four months, we’ve been no less busy patrolling UK waters and making sure we’re able to take HMS Trent into any situation we might face.”

This has meant training to board suspect vessels in international waters, evacuate civilians and match any air or surface threat with the ship’s array of weapons.