An Invictus UK team member has been giving inspirational talks to scores of British Forces personnel in Gibraltar this month.

Julian Allen suffered a back injury while taking part in an armed combat display in Germany in 1988.

He continued his operational duties unaware of the damage he had inflicted on his spine which left him struggling to walk properly.

He managed to complete four operational tours later suffering from Post-Traumatic Stress Disorder years after he left the services.

Now the 50-year-old is on the road to recovery after taking part in a number of sports including rugby and weightlifting.

“I was in a bad place. But sport saved my life,” he said.

“Four years ago, I was laying in hospital after my third spinal operation when the Invictus Games came on the TV and I thought, if they can do it, why can’t I?”

“The Invictus Sports Recovery Program and Help for Heroes were a massive help to me during my recovery.”

“They guided me and they helped me believe I could achieve my goals.” 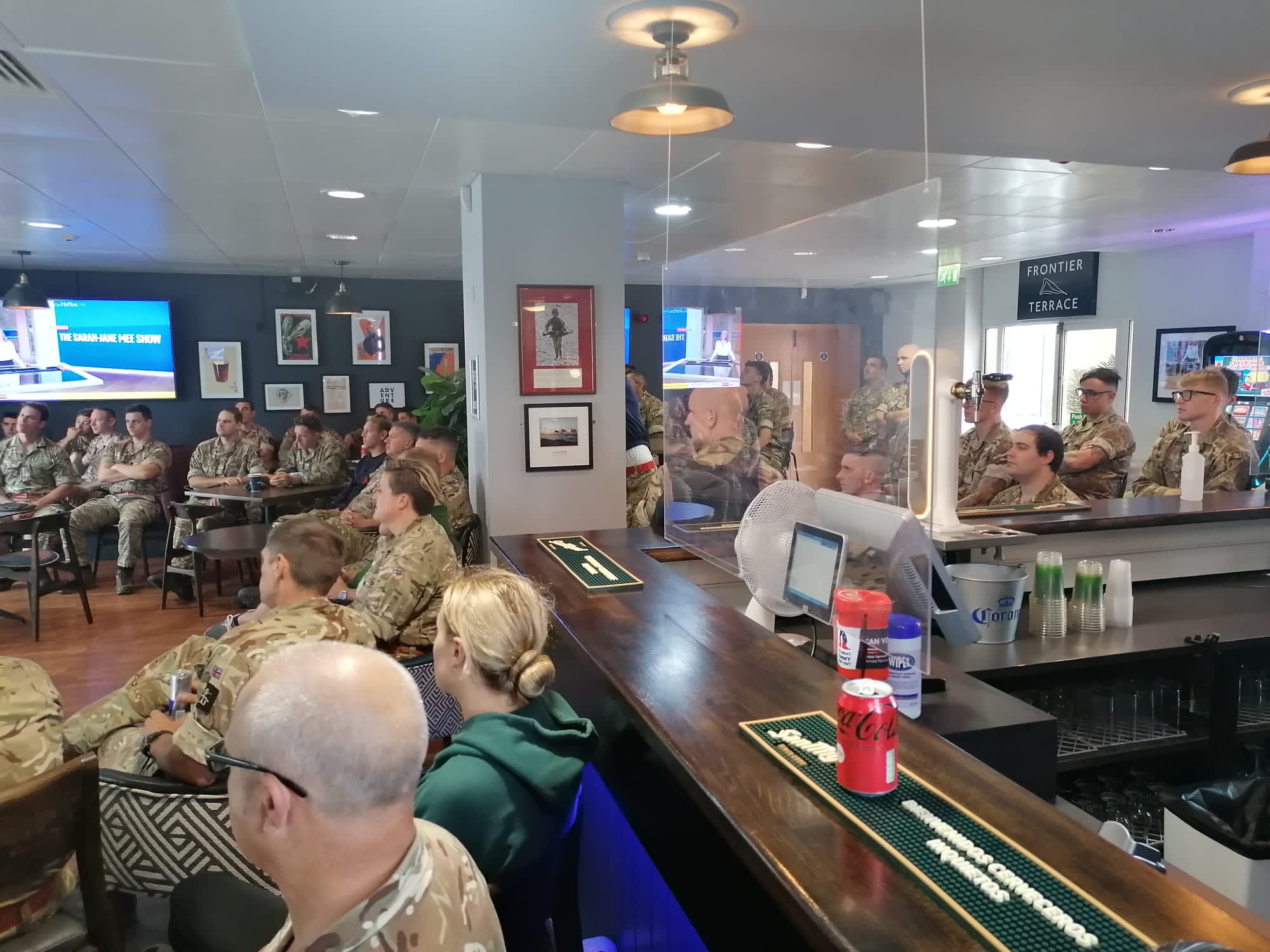 Julian, a former private in the Second Battalion of the Light Infantry, who is originally from Somerset, explained that he originally went for trials in the Invictus Games in Australia, knowing that he wasn’t going to succeed, but the knockback made him more determined.

He now plays for a Premiership wheelchair rugby team called the West Country Hawks and he recently entered a powerlifting championship in the UK.

He added: “My aim is to spread awareness about what can be achieved through sports rehabilitation and to inspire others. It was an opportunity to show them what is possible even with physical and mental disabilities, and to show there is support and help.”

“It’s changing lives and saving lives. I’ve lost a few friends due to PTSD and I believe if they had tried the Help for Heroes’ sports recovery program, they would still be here today.”

“I am passionate about this and I have a burning desire to help people that have been in my shoes.”

Invictus UK, a partnership made up of Help for Heroes, The Royal British Legion and the Ministry of Defence, is responsible for the identification, training and delivery of the UK team to the Invictus Games The Hague 2022 where Julian will be participating in wheelchair rugby, wheelchair racing and powerlifting.